I'm writing the post for week 2 and 3 together because we spent some time this week fixing our portfolios, writing CVS and cover letters, applying for jobs and having an interview. The project is a little late but I think we can recover.

I finished modelling the base modular kit for the buildings. This is sufficient for Sophie to continue testing the building generator she is creating. This kit is still missing balcony pieces and maybe a roof variation piece (still have not decided). This is what the kit is looking like right now: 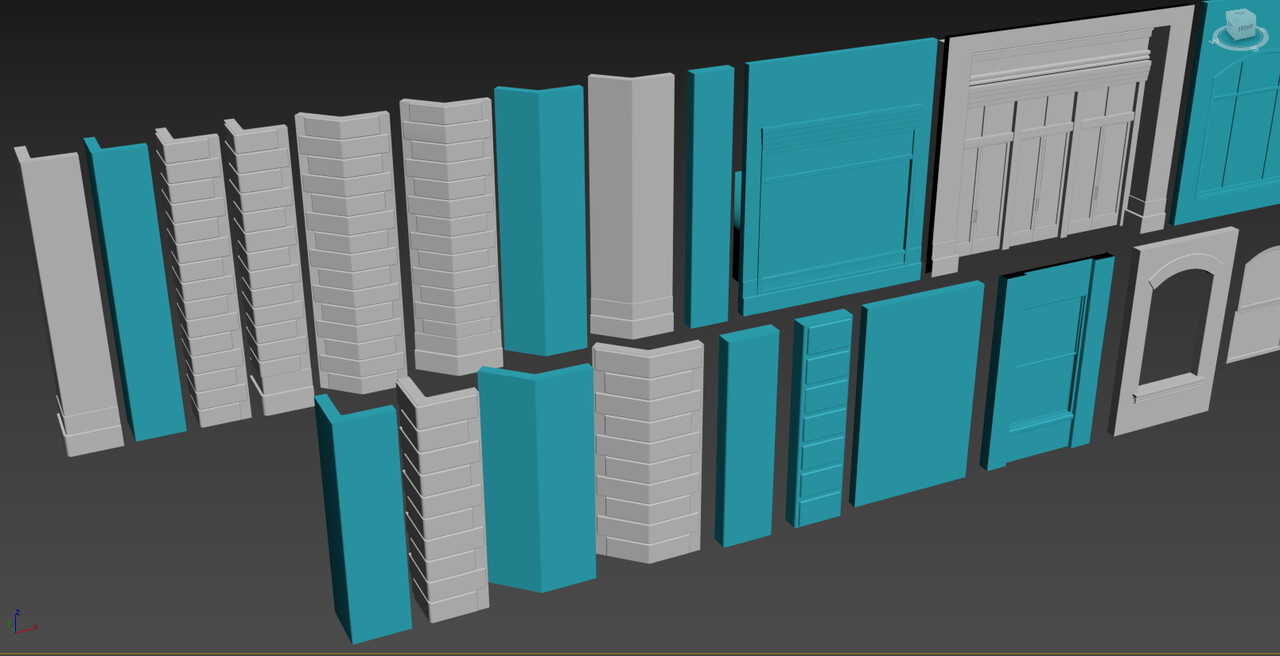 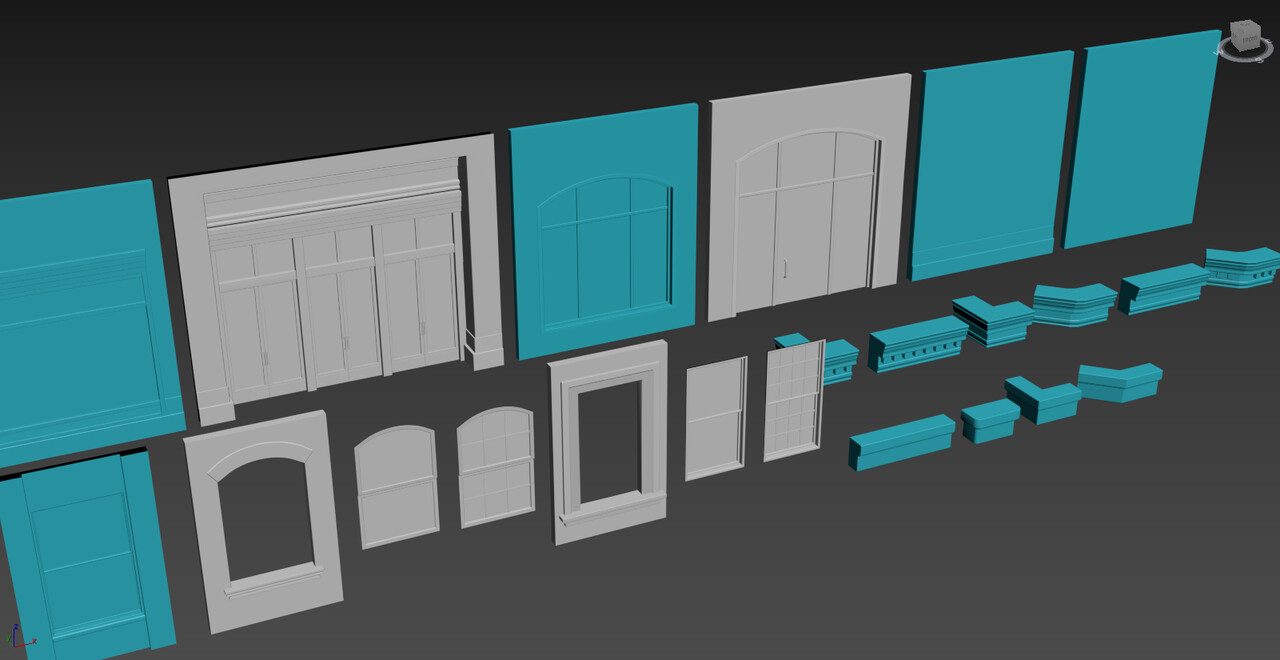 We decided to have 90° and 45° angles for the corners of the buildings, as there is probably not going to be enough time for Sophie to work out another way of doing it (she has quite a lot on her list). Modelling the 45° angles was very tricky, especially for more complicated pieces like the roof separation. It may seem like using symmetry instantly solves all problems, but it does not. To know where to place the symmetry mirror, and make sure the pivot is in the right place (so the generator can place it correctly and aligned with other pieces), I had to use a whole bunch of maths I had not touched since middle school (and I am a mature student, so that was something like 13 years ago). Fortunately, there is a triangle calculator that was very helpful, suggested by Sophie. I will not bore you with the details of how the 45° pieces came to be, but they took a long time to get sorted.

On top of that, we also had to change the pivot points of all the pieces once, and rename all of them a couple of times, but I think now we're on track. 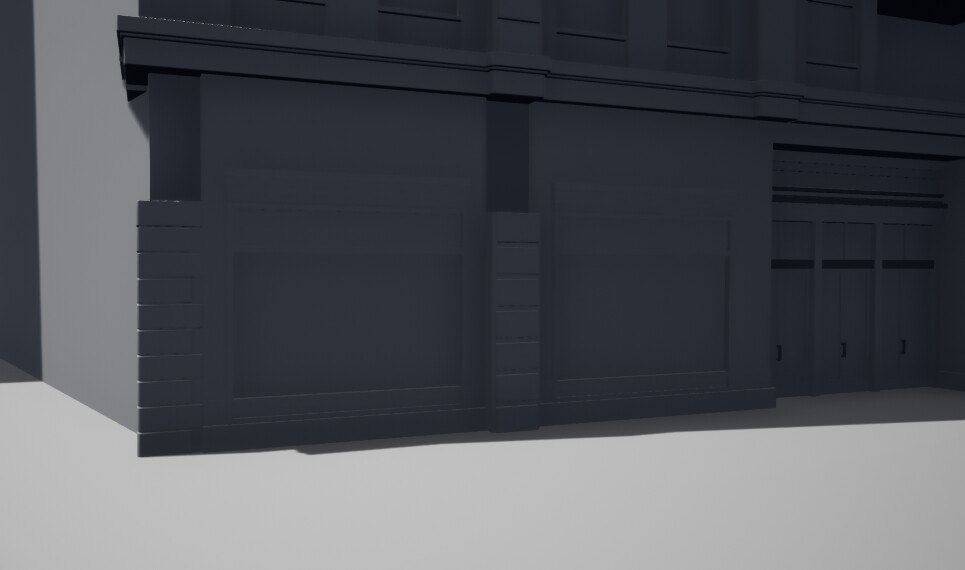 Pieces and corners that were too short for the ground floor 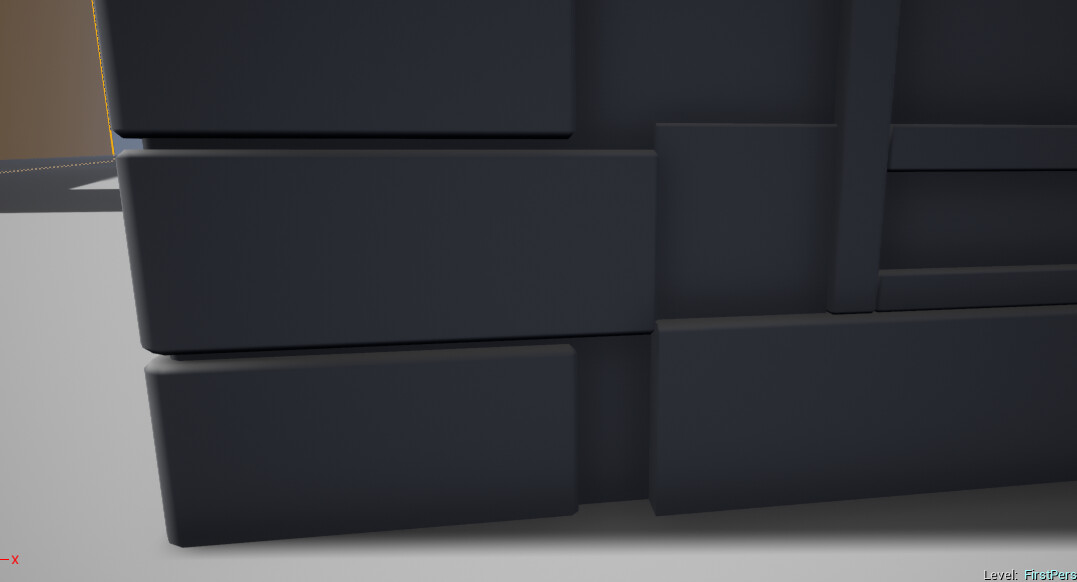 Pieces without skirting not matching

I got a bit bored from modelling and decided to start with the materials for the scene. The first one I chose was asphalt. Here are my references (however I also looked out the window at the road by the university building): 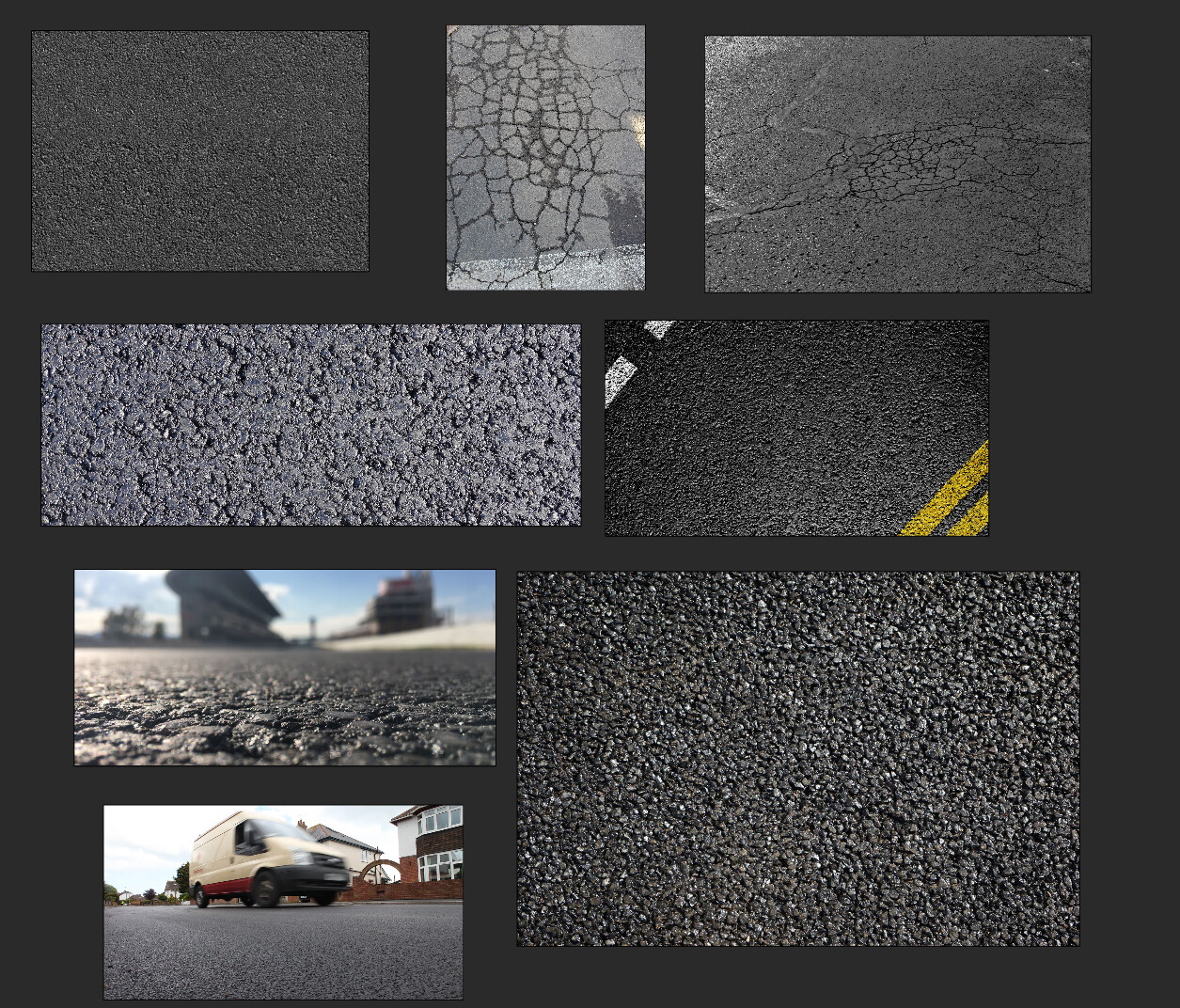 We decided to make 3 asphalt variations, and later on we will use a splat map to distribute it around the floor plane. This shader might become more complicated later on, as we intend on adding puddles of water to it. I made the materials quite pristine, without cracks, as to not tile too much. I will add cracks as decals later on. We will also have a macro roughness on top of the smaller tiling roughness, to add more roughness variation.  I used a tutorial as a base for the material, but I have changed it quite a bit, eliminating the cracks and stains from the original to avoid tiling issues. 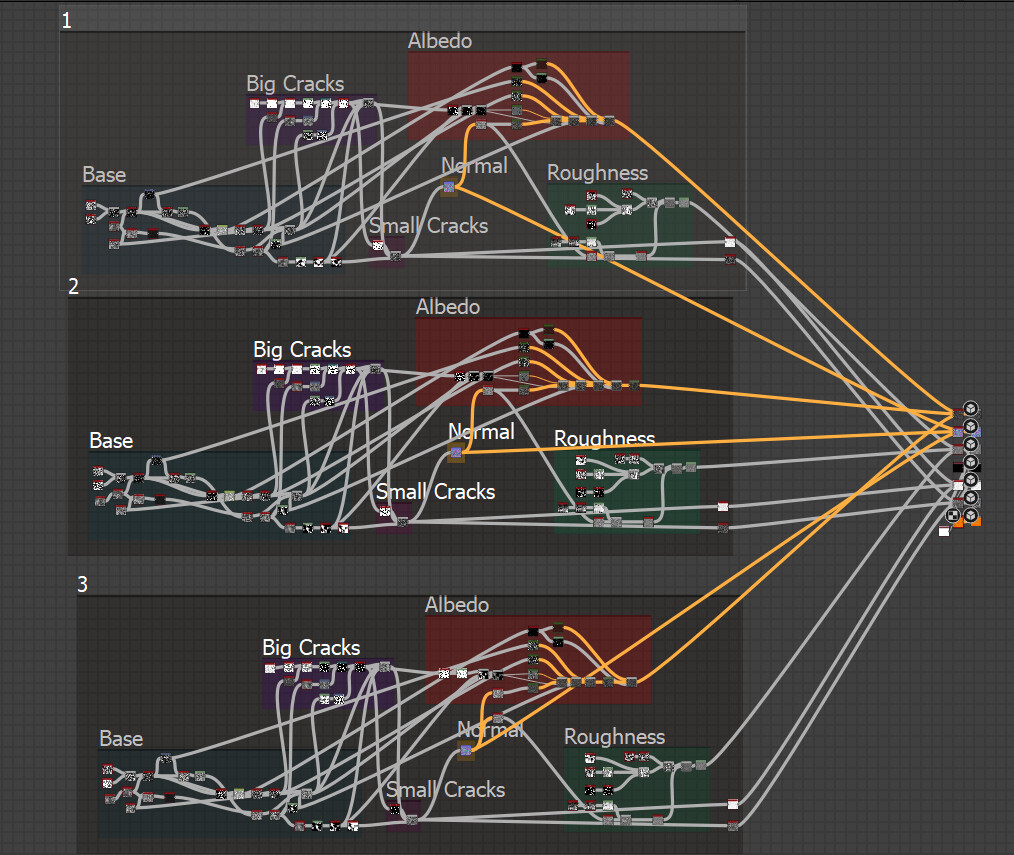 Graph with all 3 variations 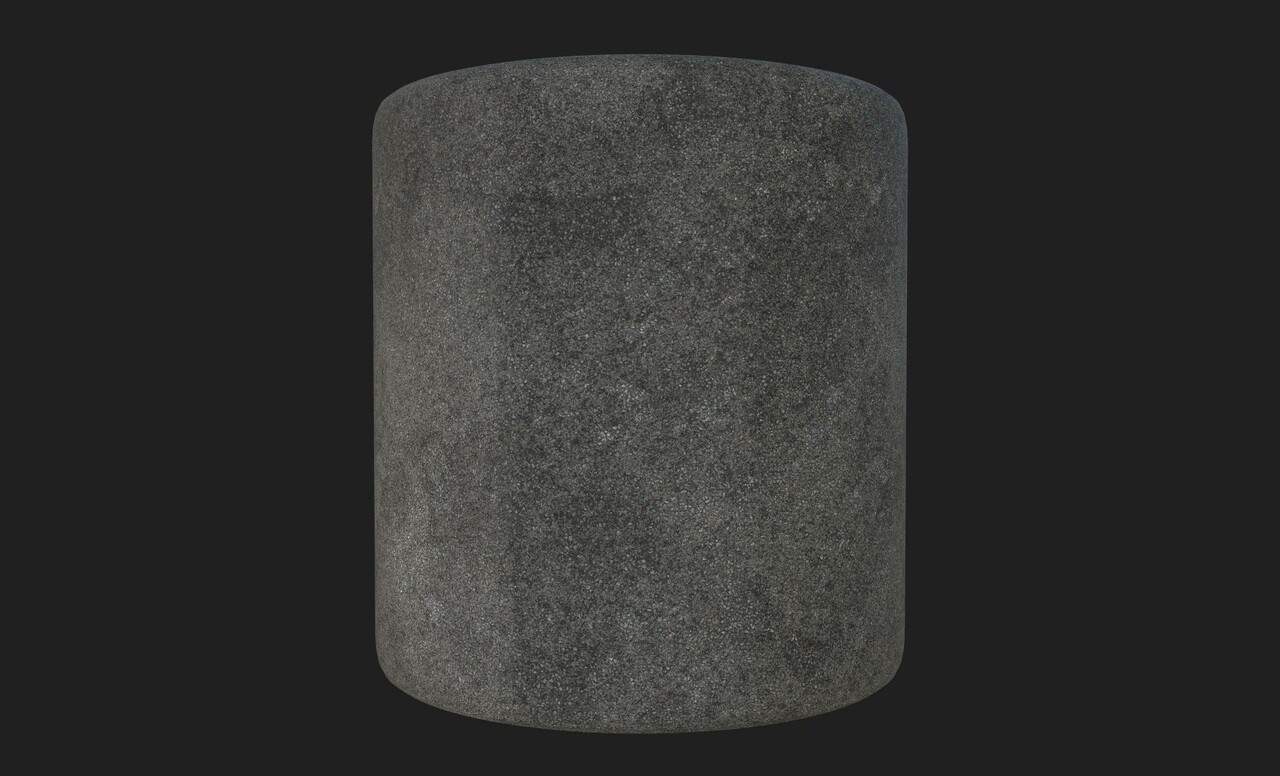 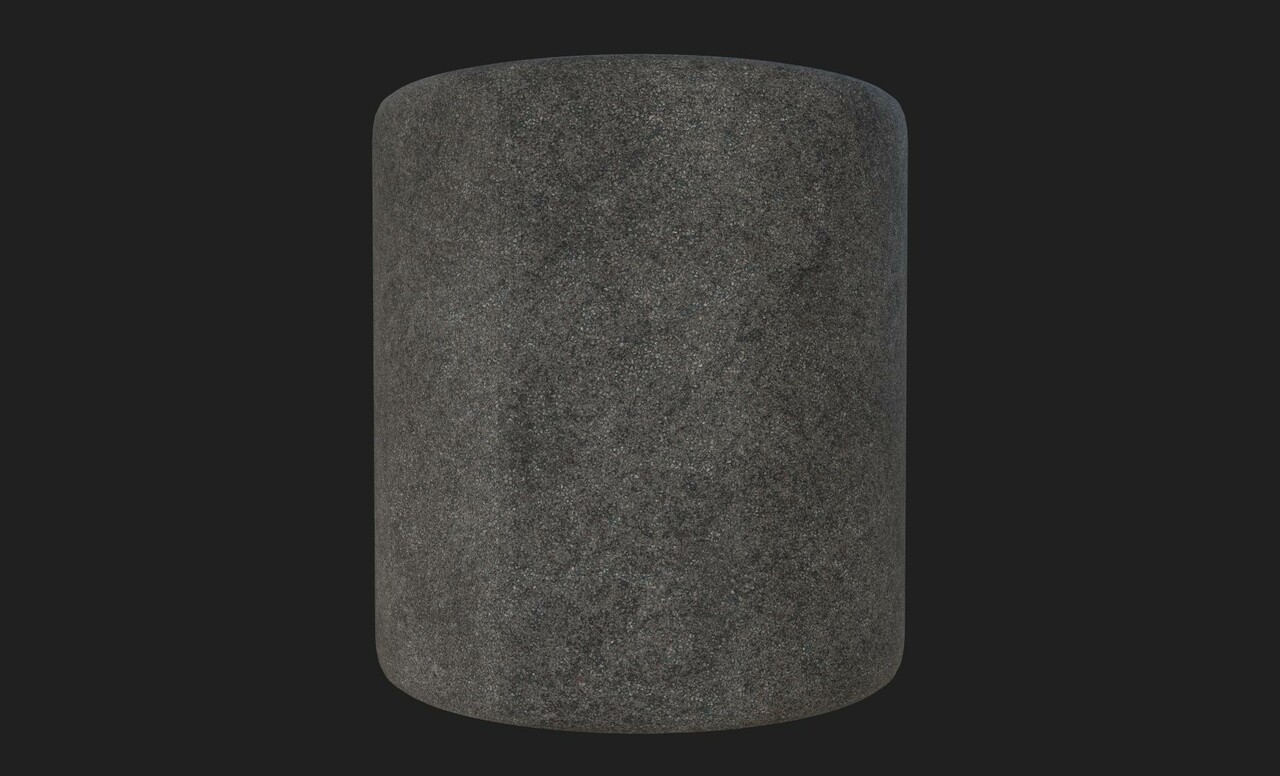 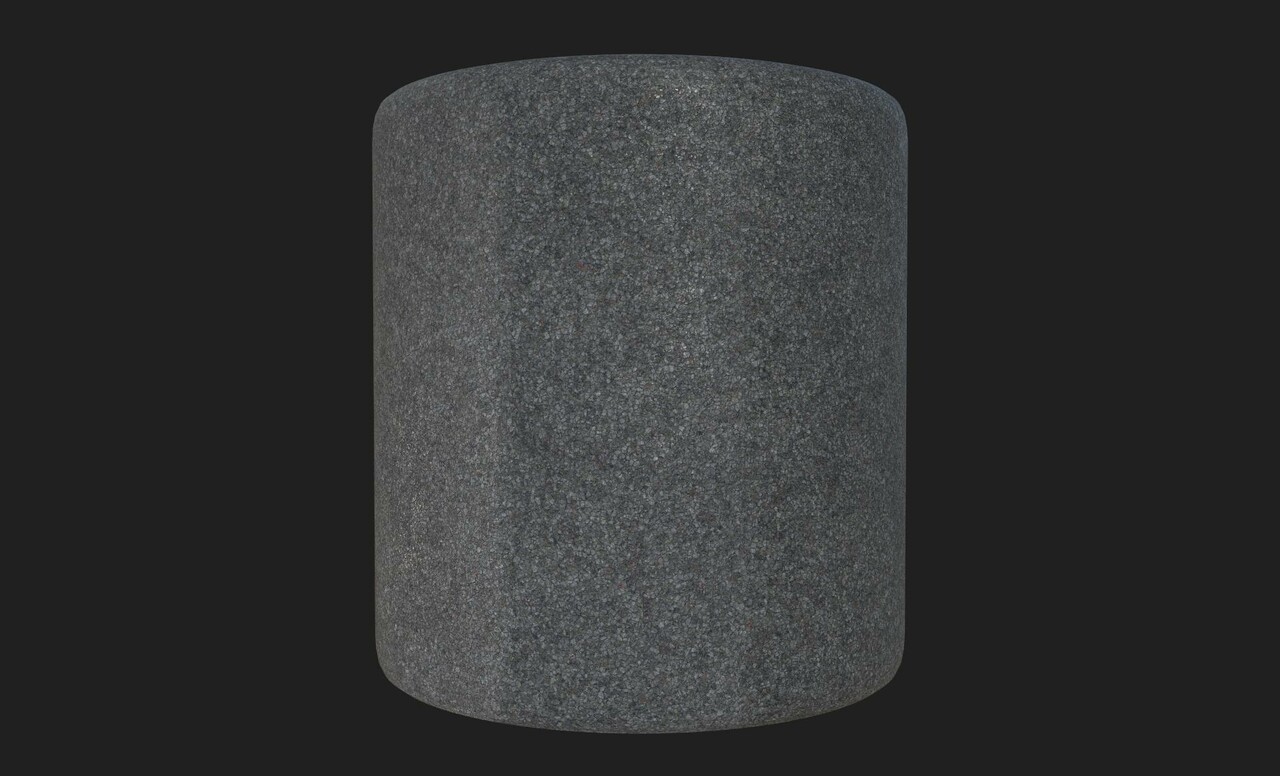 On week 3 I also spent a long time researching existing buildings in New York and the material on the facades. I went into Google Street view for screenshots, and also read many articles about famous New York buildings. After that I plan on making the following materials for building facades: red brick, cream brick, plain limestone, limestone bricks, limestone squares and limestone stripes (the plain limestone will be the base for all other limestone materials, how these are going to be constructed is still uncertain as we have a few options to consider).