This week we started by sorting the ground floor windows a little bit. Sophie added a switch for the Parallax material to choose if the user wants blinds or not (as we would not have blinds on the ground floor). I then added this material to all the ground floor, and decided some more buildings needed interiors as they were too close to the player for the simple parallax cube (we will probably not have time to make better parallax interiors, unfortunately! It is the final month and some other things feel more pressing, like populating the ground floor and getting more lights on the horizon line). I also made clocks for the middle building, the train tunnel and the tall building behind the main building. 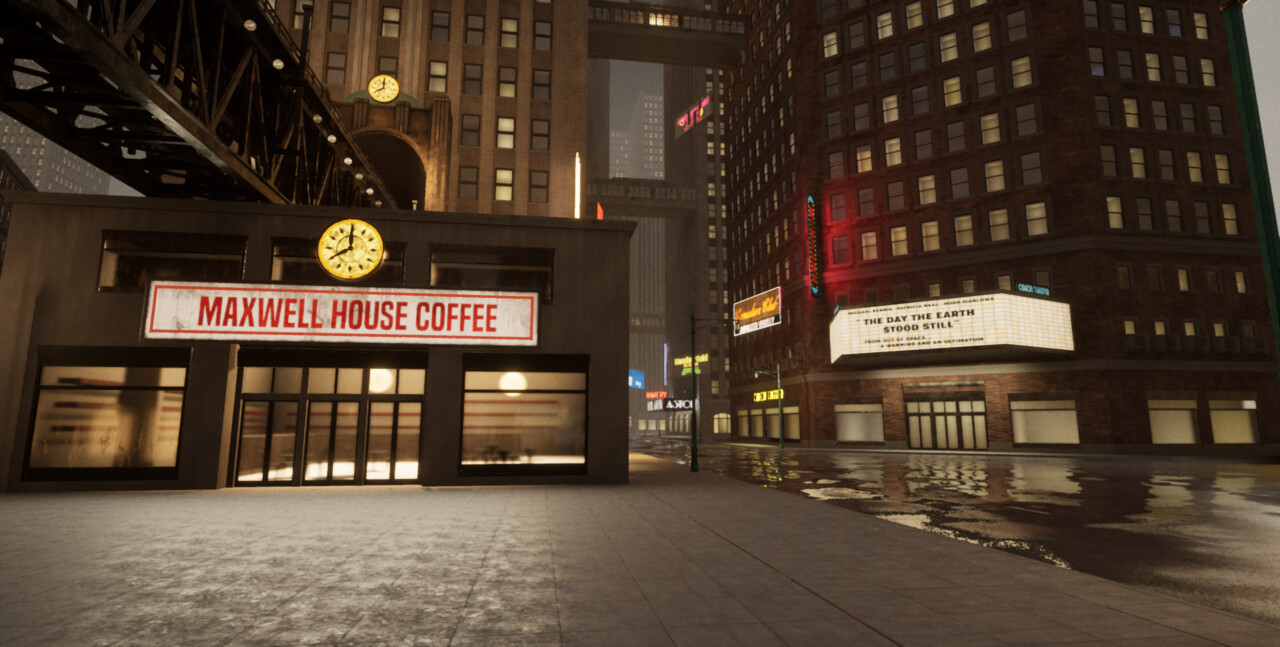 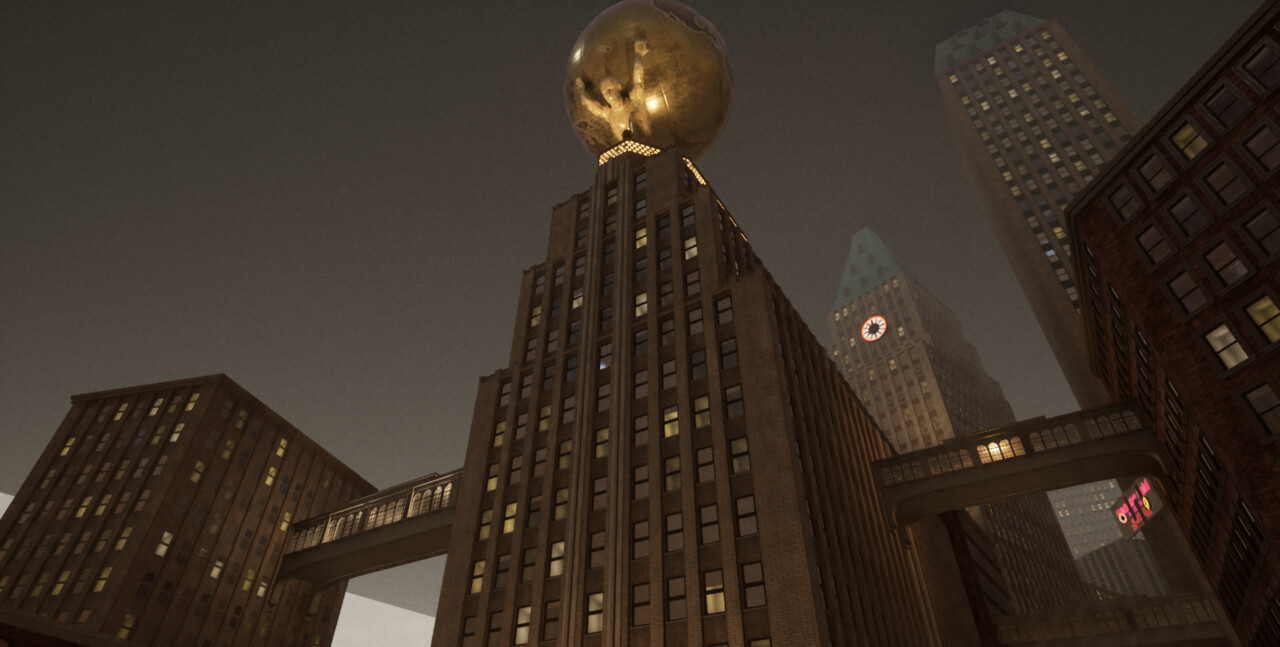 Unfortunately since my computer is not able to build lighting, we had to opt for dynamic lighting instead. That means I'm finding it very hard to get nice AO in the scene. I played a little with the Post Process Ambient Occlusion and saw a small difference, but nothing like  I would have gotten with baked lighting.

I decided to bake an AO map for the train tunnel, which was multiplied by the tiling texture's AO with a texture coordinate of 1. 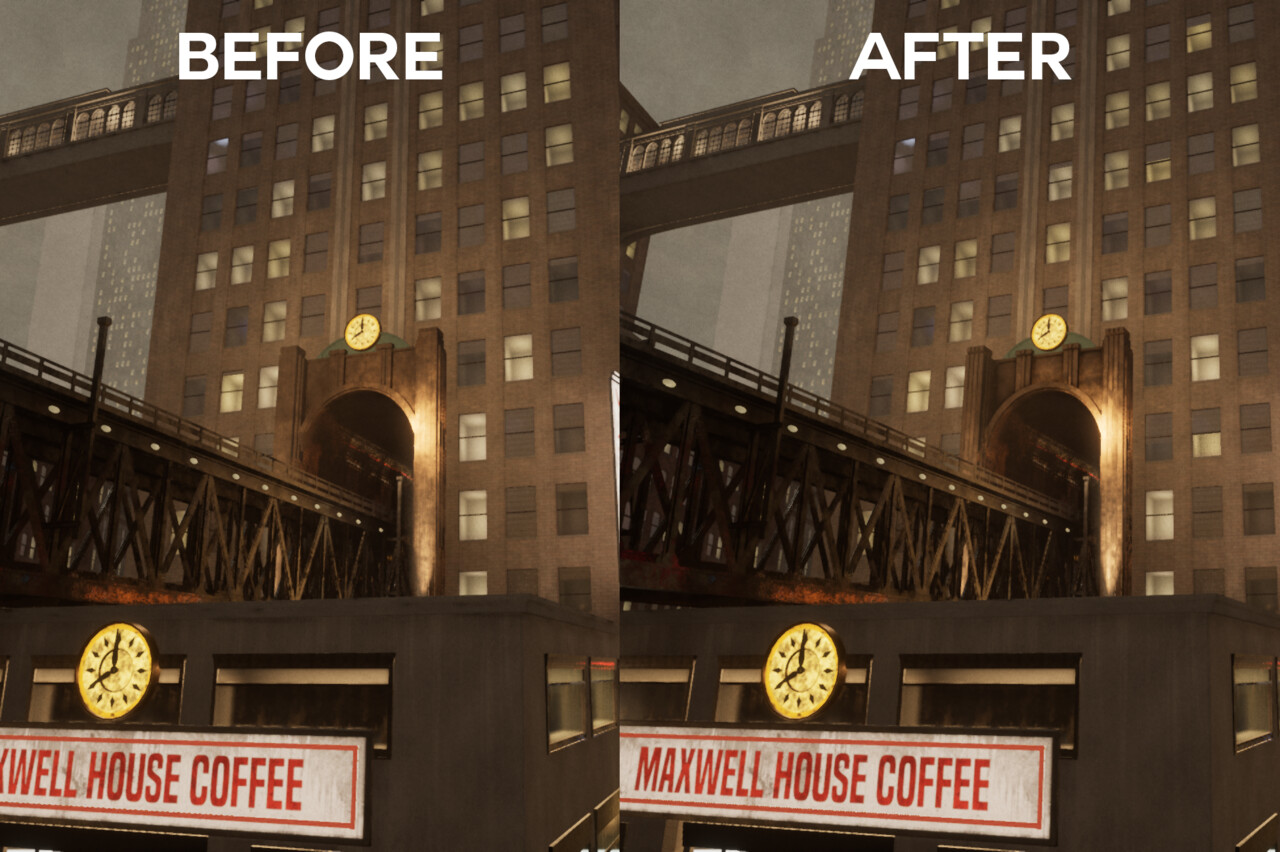 This made the details of the mesh pop, and also act like cavity dirt.

It was time for some proper light bulbs on the bridge, which I have modelled and textured. At the moment they look a bit sad because we need to find a way of making the emissive materials seem to emit light without baking the lighting. I will be experimenting with that shortly. At the moment they have a material with a random emissive. 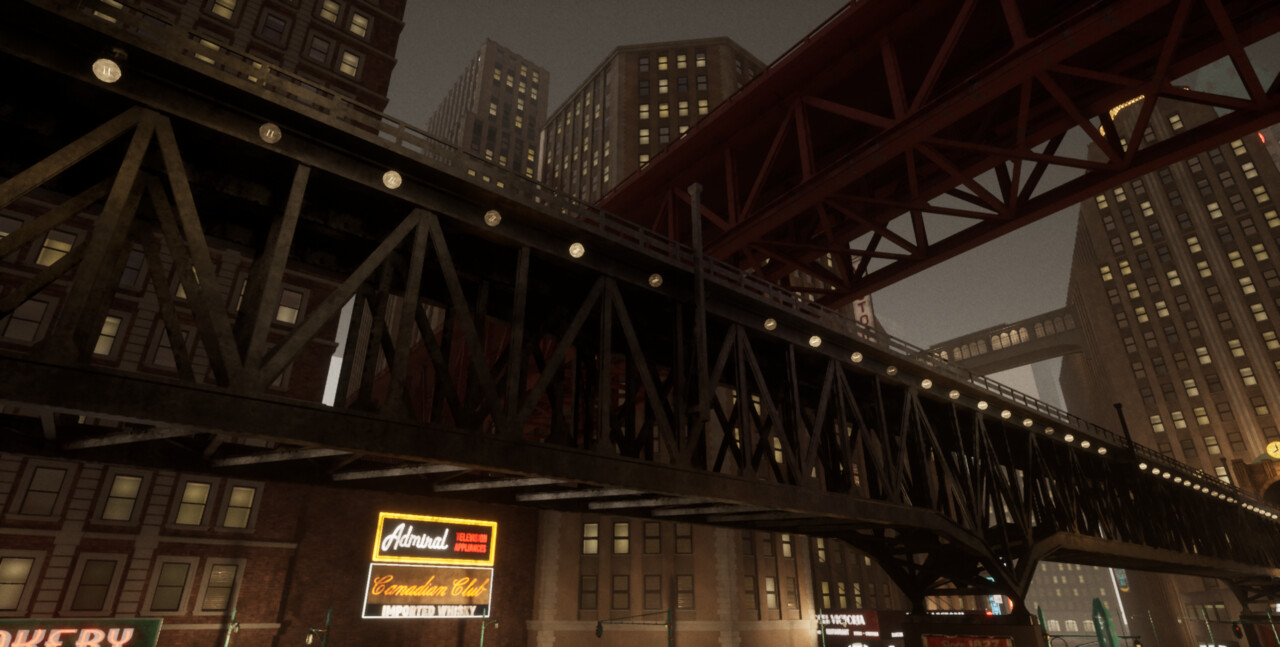 It took me a while to find the ad from the train bridge. I could not read it or figure out what they were about, as I did not know the brand advertised. Sophie recognised the pasta brand Buitoni, and this made my search easier, as googling "Buitoni New York" brought me a very similar ad, taken from this website.

I have edited the original image in Substance Painter and made it a decal: 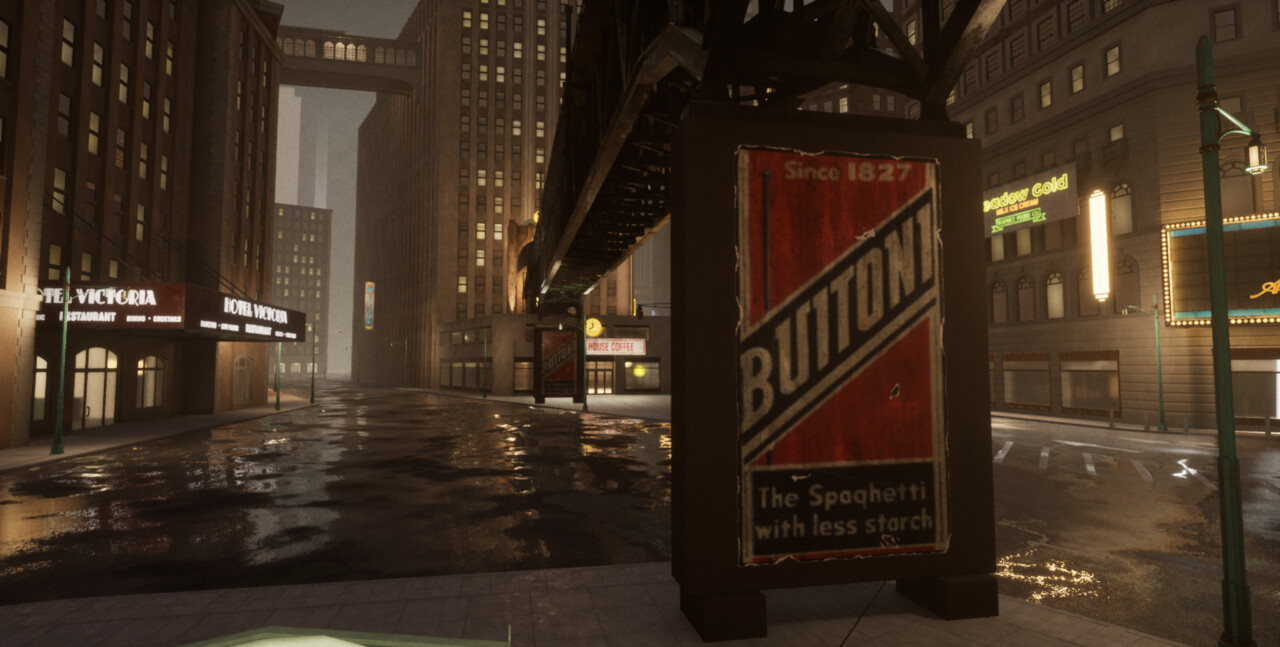 I made a material variation for the limestone with lines, and another one with bricks, to add more variation between buildings. 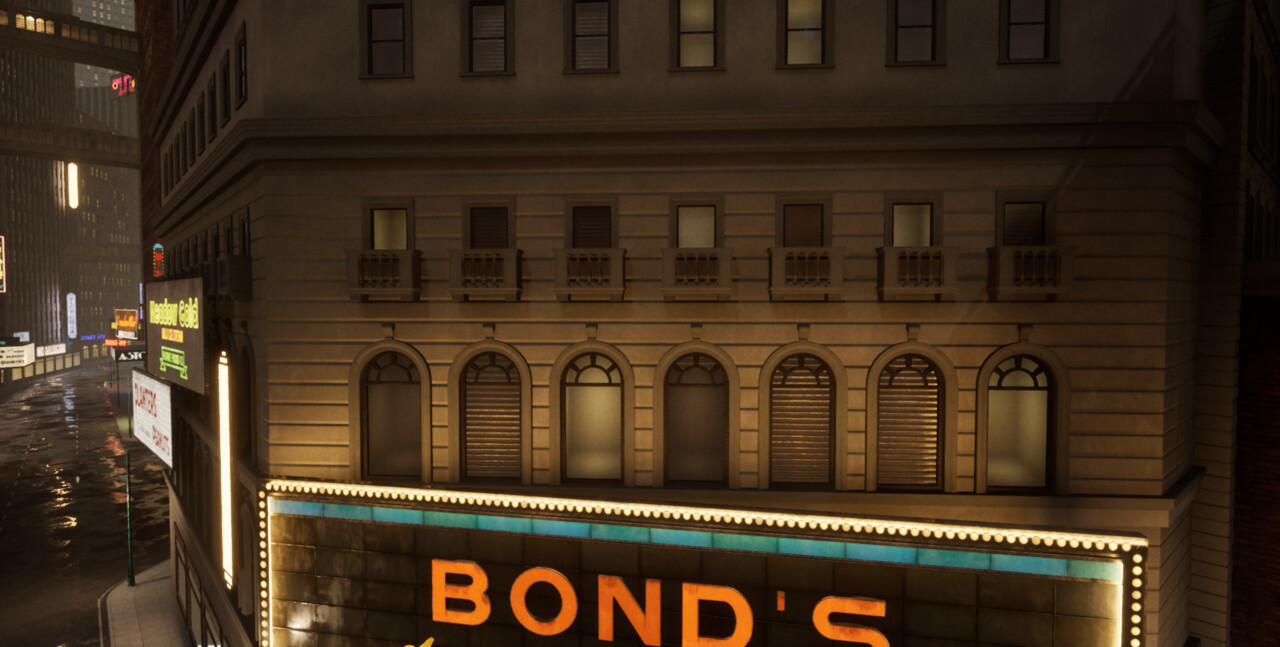 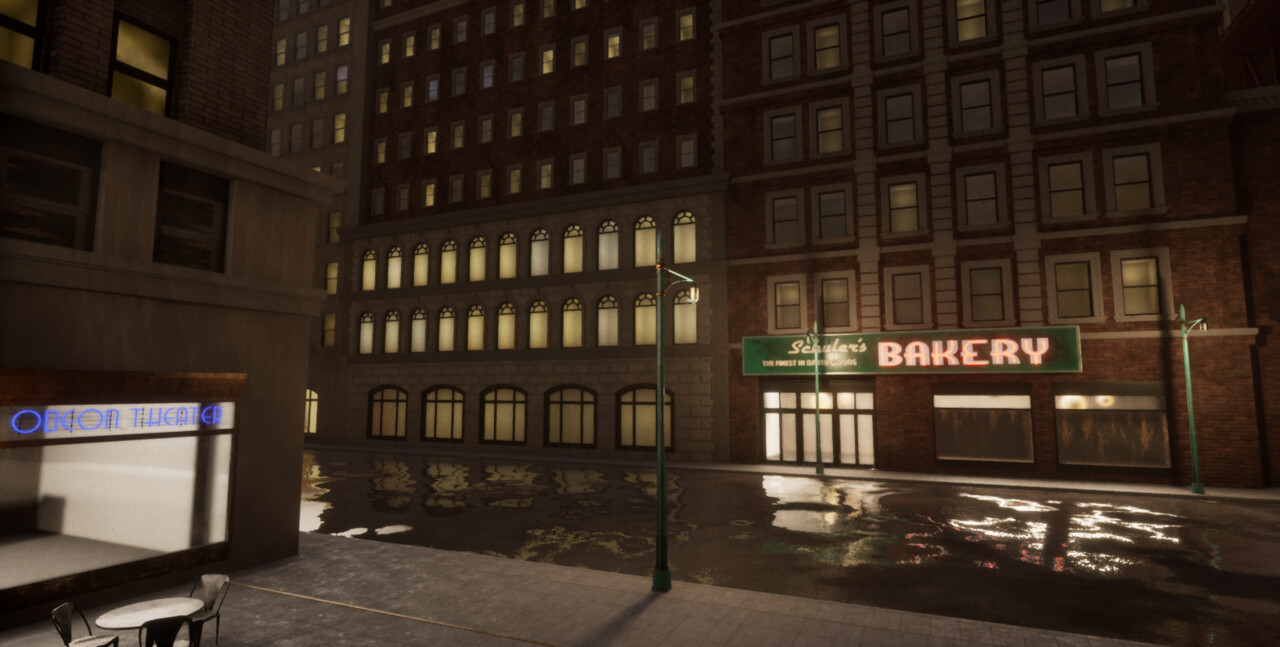 I also finally textured the bollards, the large street lights and the traffic lights. 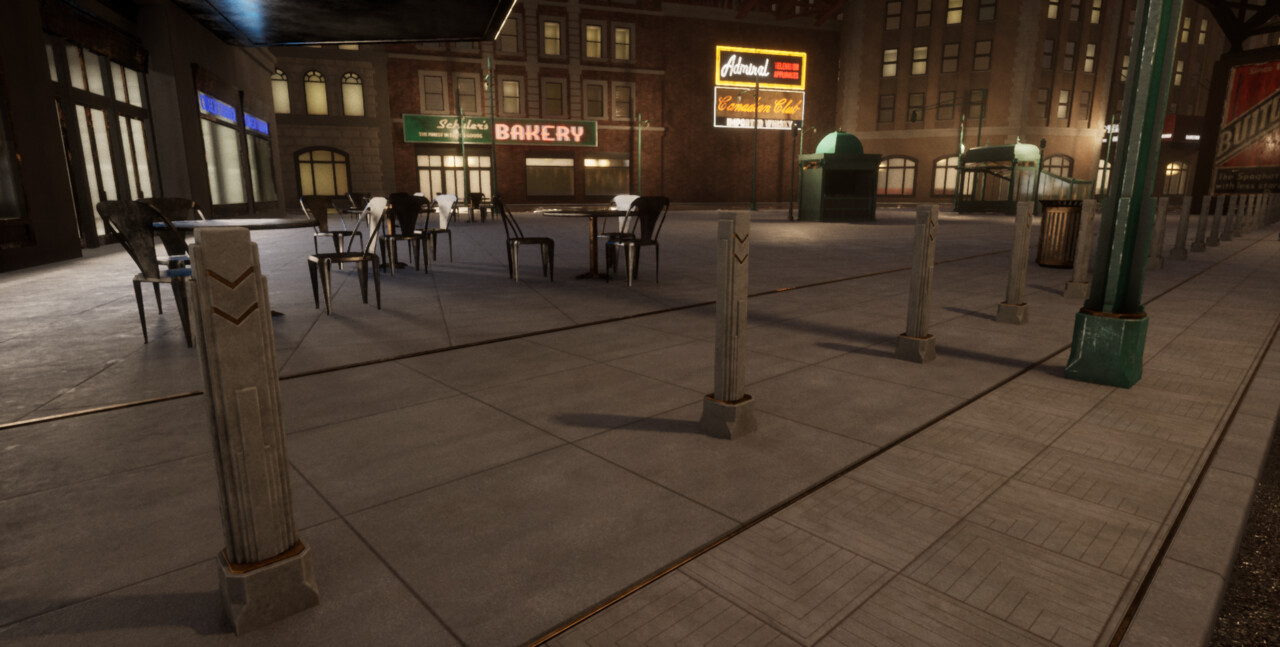 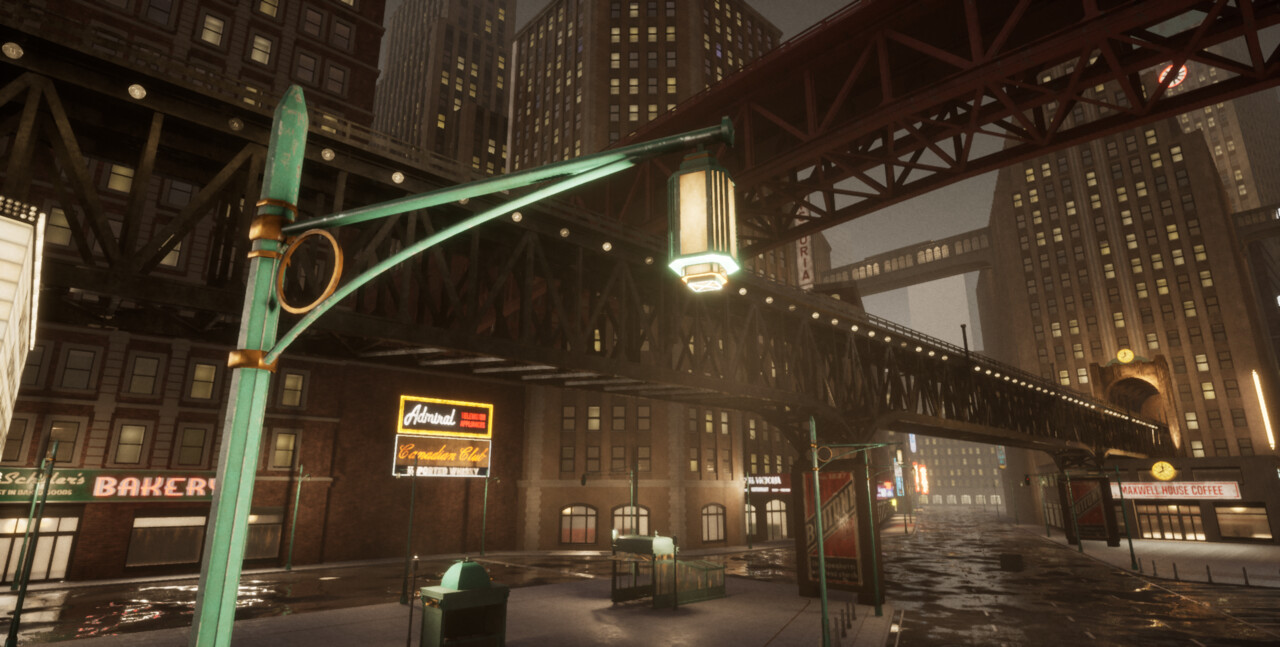 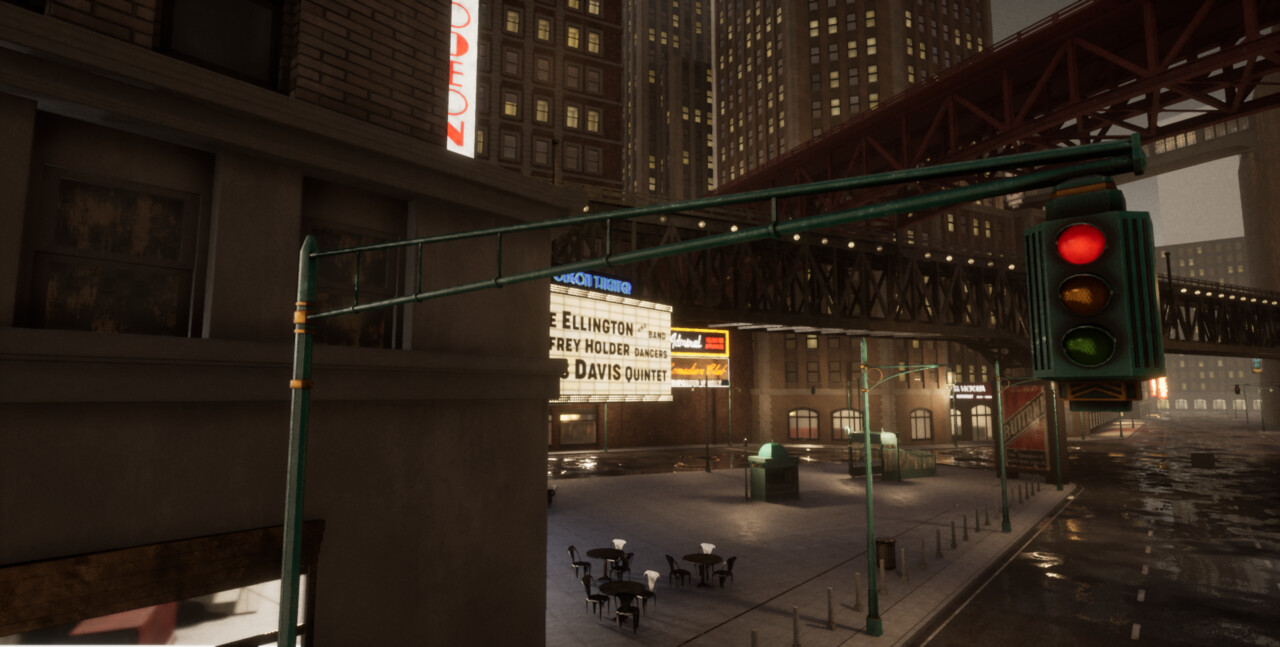 And I made the theatre lettering. Duke Ellington and Miles Davis are artists I wish I could have seen, and the inspiration came from old theatre signs. The Geoffrey Holder Dancers was taken from a theatre sign from the Apollo theatre in which Duke Ellington also appeared. Hopefully some jazz fans out there will pick up on the Duke and Miles references :) 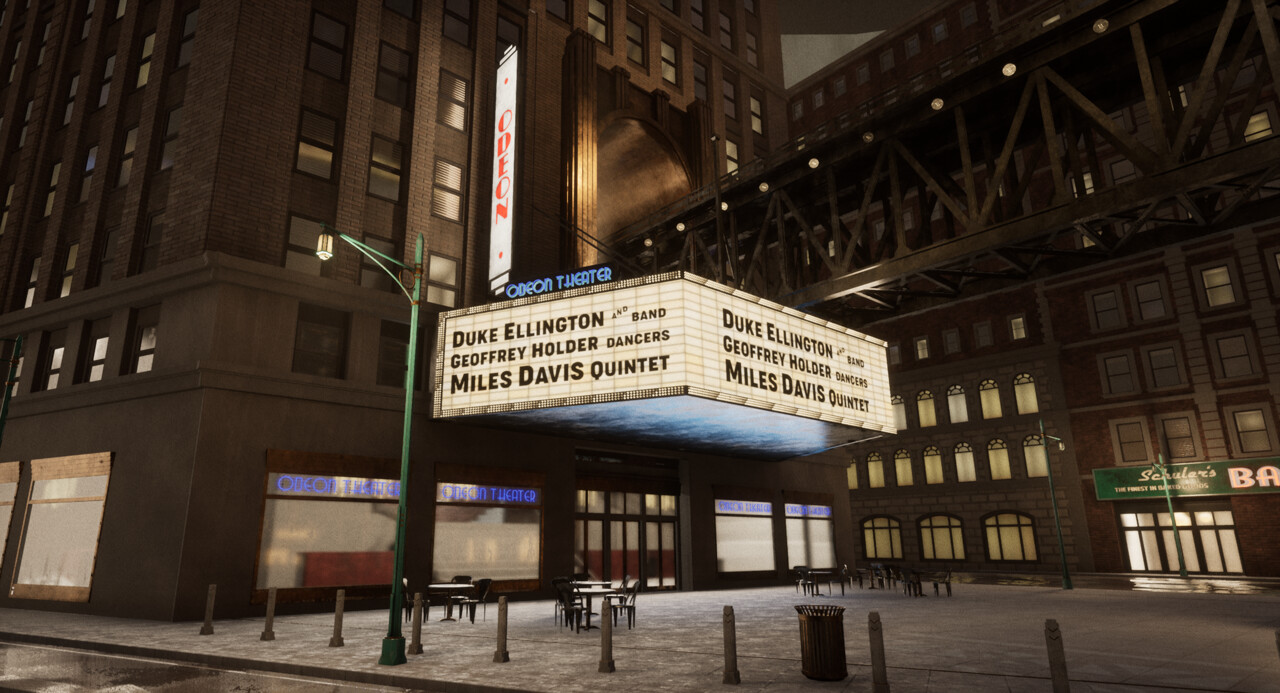 Thursday last week we had an environment critique session between the students via Microsft Teams. Unfortunately not that many people turned up as it was only me, Sophie Pette, Gaia Friedman and Sam Wallsworth, but it was a quality session with lots of very useful critique from everyone. Gaia and Sam said the main building (the one with the statue - it was lacking contrast and depth, so I applied a darker version of the material under and above the windows to fake depth). They also suggested making the window frames thicker, adding some lights at some buildings to create a separation and more contrast between buildings and adding more material variations. I acted on all of this feedback, and it made a big difference on the scene. So thanks Gaia and Sam! 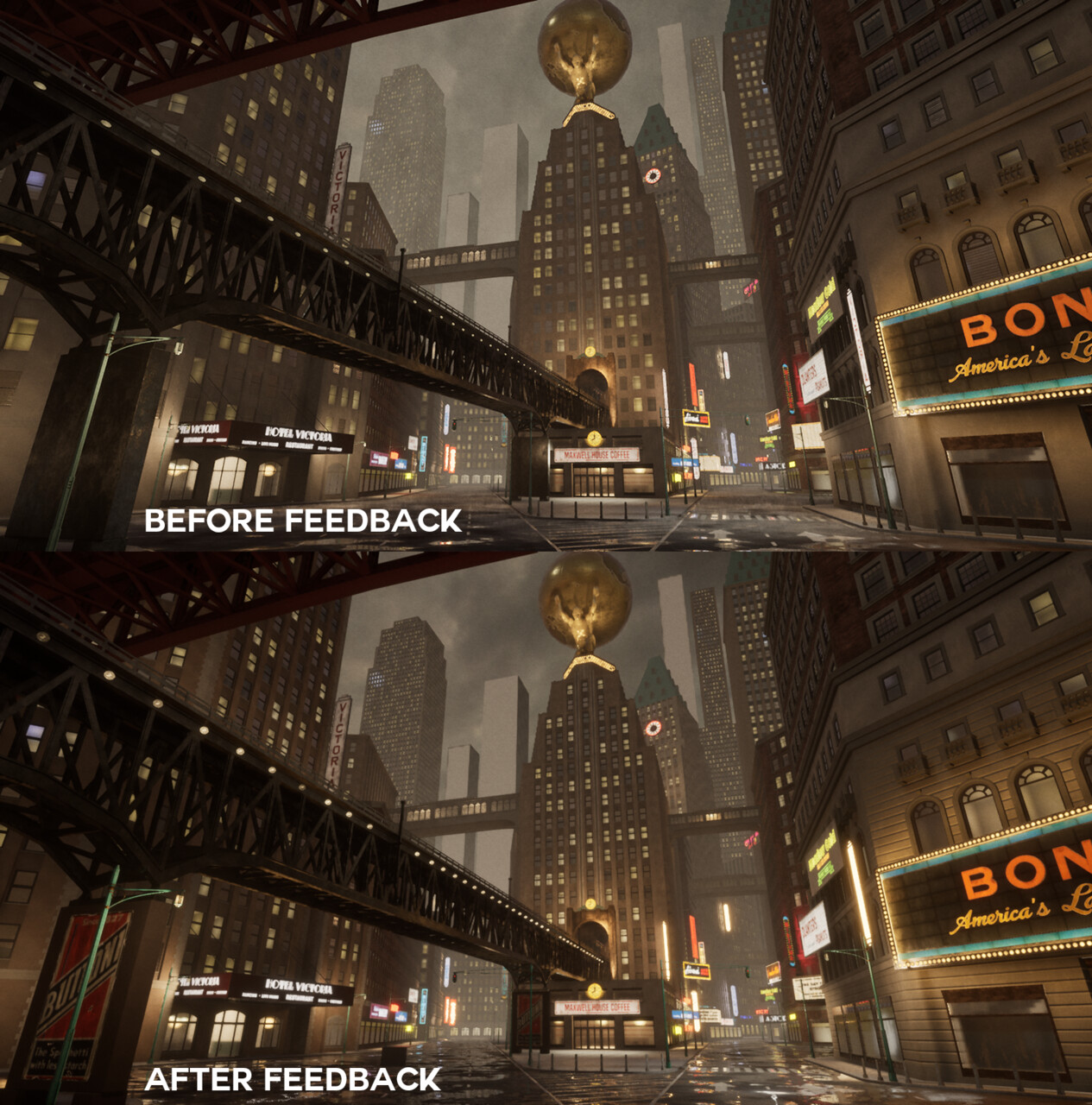 The changes are sutil but to me they made a difference, especially in the central building.

The next things I will be looking into are: making the impostor for the distant buildings, figuring out the light emission for the emissives, look into fog cards for the horizon line and/or adding more lights, ads, neon signs, etc, finish texturing the props that have not yet been textured, finishing the zeppelins and figuring out how to fill the ground level around the player. Sophie is finalising the volumetric clouds, so I still don't have them on my screen shots. I have seen them though, and they are looking great. They add a lot of depth to the sky, creating a better separation between the more distant buildings :)