These past weeks I have spent a considerable amount of time fixing some things with the modular kit. Since both Sophie and I are learning as we go, some things are hard to predict, hence having to fix them often. I had quite a few issues with the vertex normals, and I added some more loops for vertex painting to the pieces... Only to find out we will not be able to use vertex painting with the building generator. According to Sophie, the technical artist, this is the reason why:

We both did not realise this before, and this unfortunately wasted a lot of time and removal of the extra loops will happen at a later time. Instead of vertex painting, we will use splat maps and macro textures to create variaty, as well as several different decals.

I have also started making the first level of LOD for the pieces, and Sophie and I are still deciding how to make the next level of LODs.

After some discussion on how closely are we following the original concept, we have decided that the neoclassical building right at the front of the concept required its own set of modular pieces (that can be repeated elsewhere too). 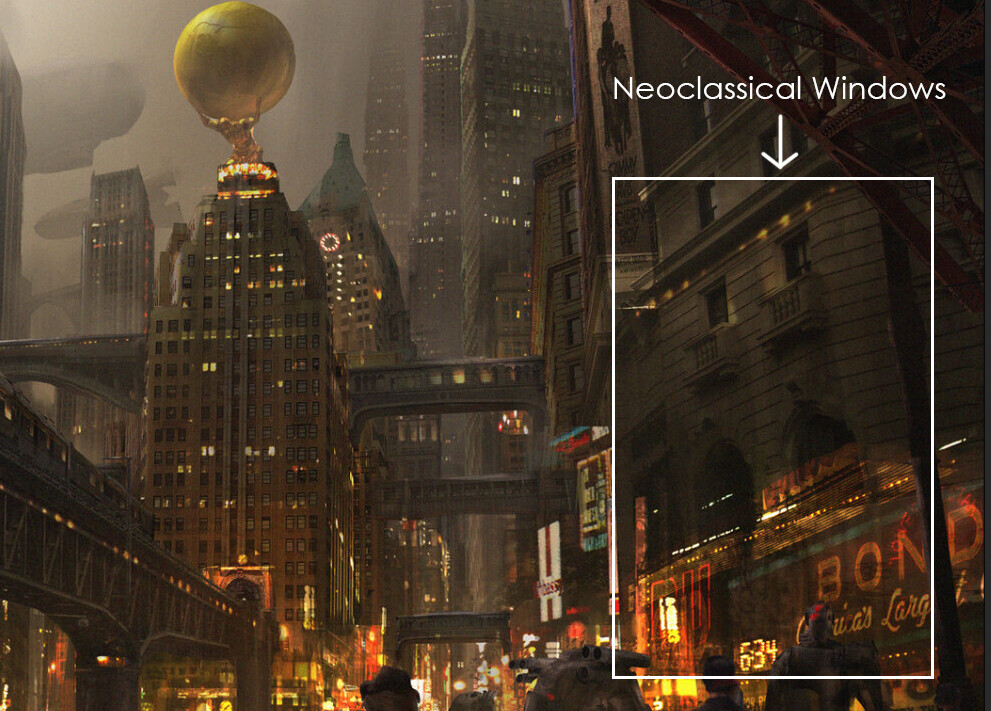 I was able to locate the real building used for this concept and got better reference for it: 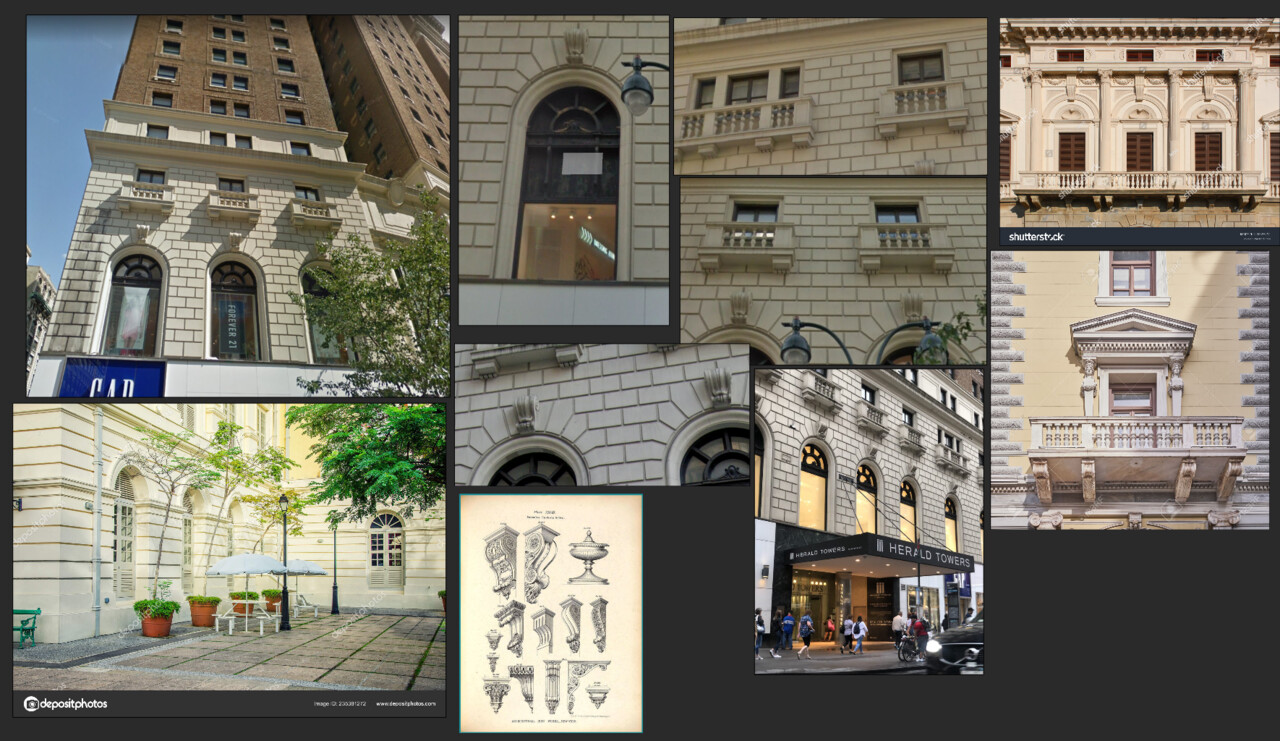 To facilitate our lives and move on, we changed the rounded window slightly. This was a lengthy discussion as we did not want to use a texture map with normals for the modular pieces as the buildings will already be heavy on the FPS. For this reason (and the fact we are using world positioned textures) we decided against having the brick pattern change shape around the windows, and made the frame chunkier and extruded. 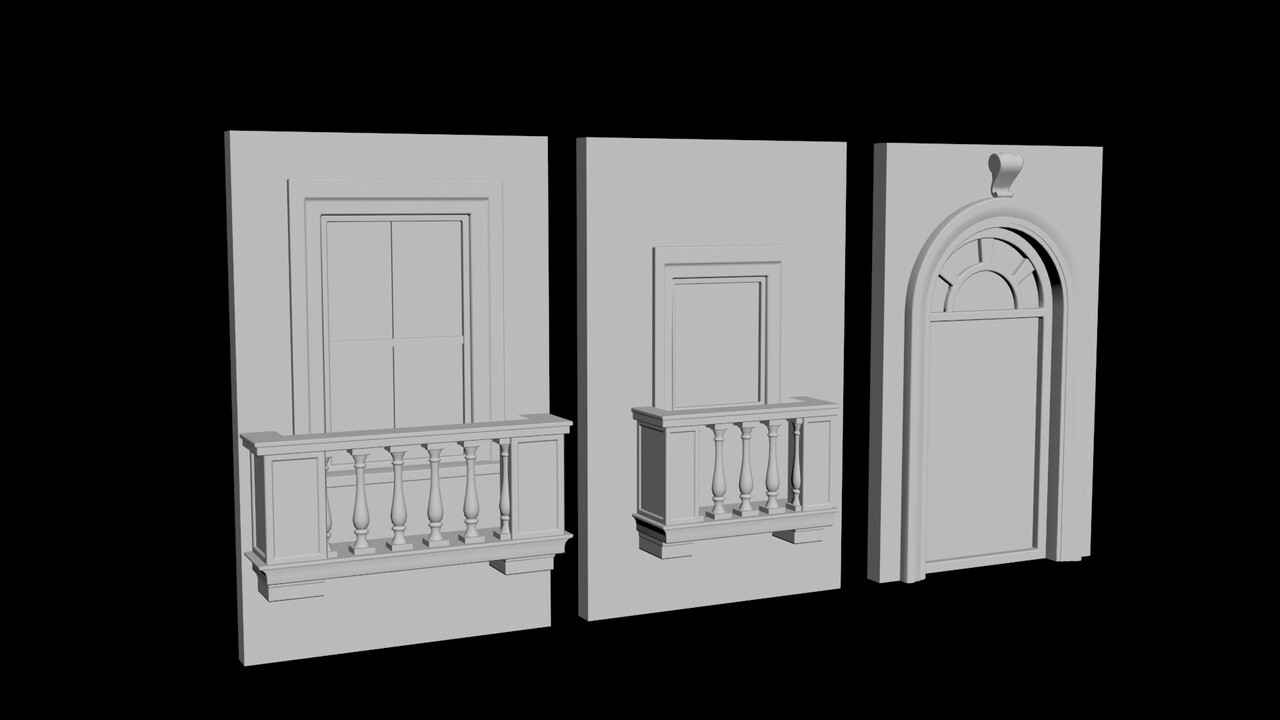 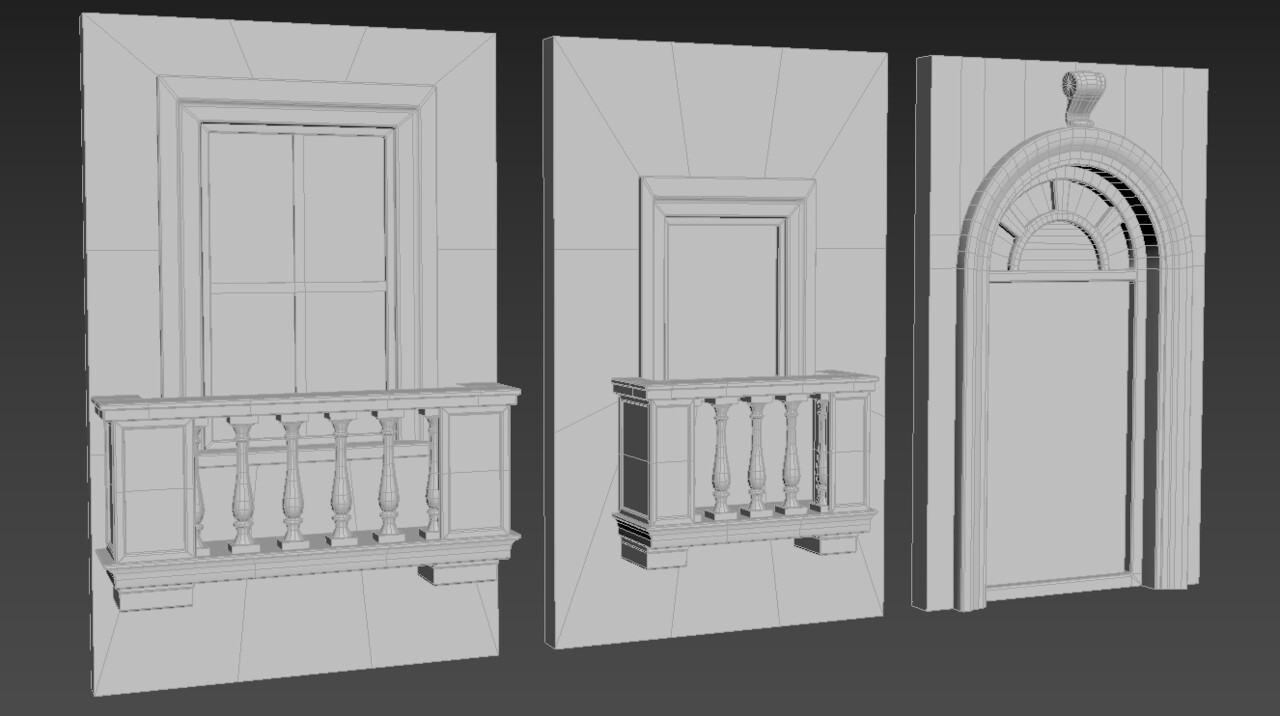 In order to fill the ground with information (as we are not modelling the people and cars in the scene), I have been looking for props that could take space. This research took a bit of time. One of the ideas was to make a newsstand, and I accidently stumbled upon this beautiful subway entrance: 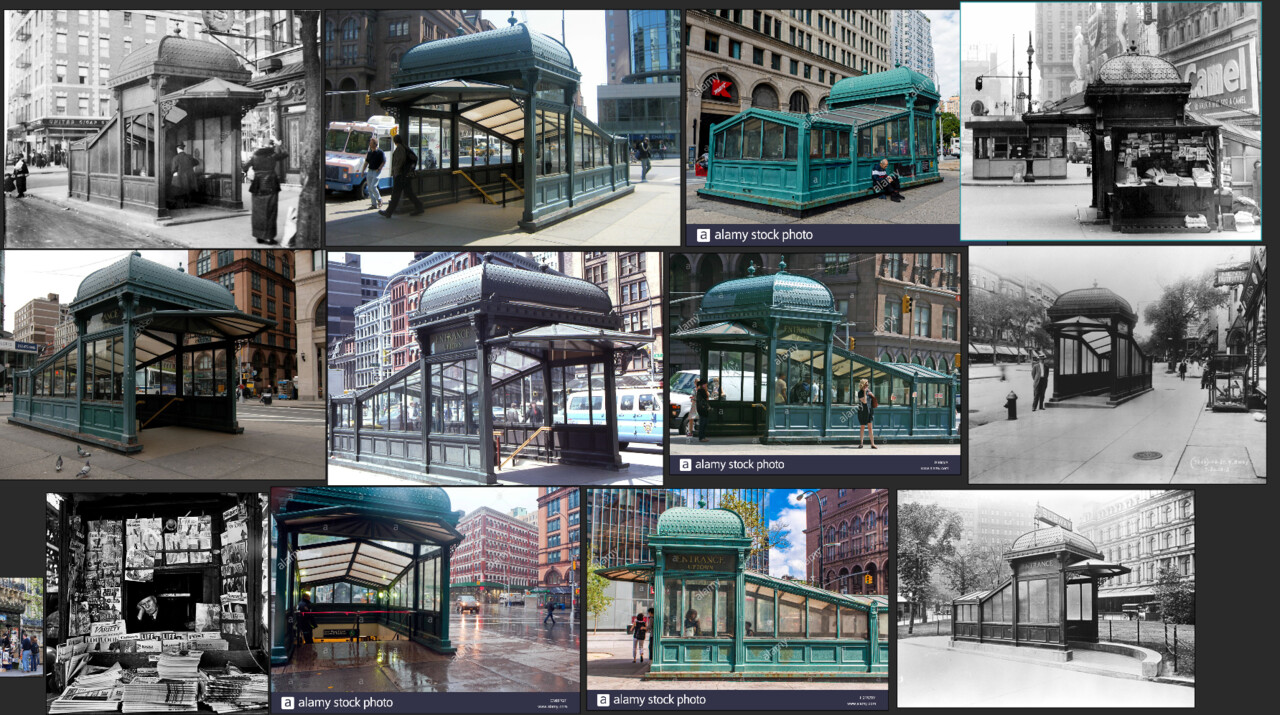 I fell in love with it and since we already have elevated tracks, I thought this could simply be an underpass. Modelling, unwrapping and fixing vertex normals, as well as deciding to bake some details in, took a few days. I will be also using trim sheets for this, and tiling textures for the main body. 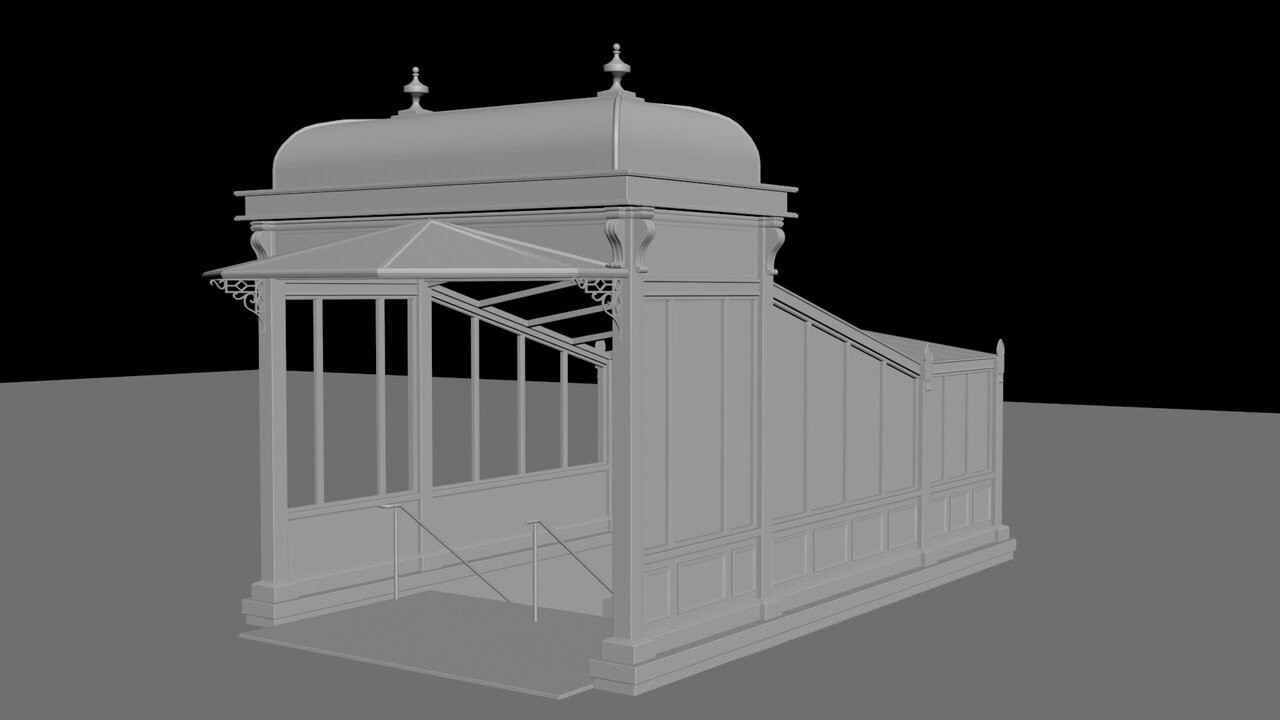 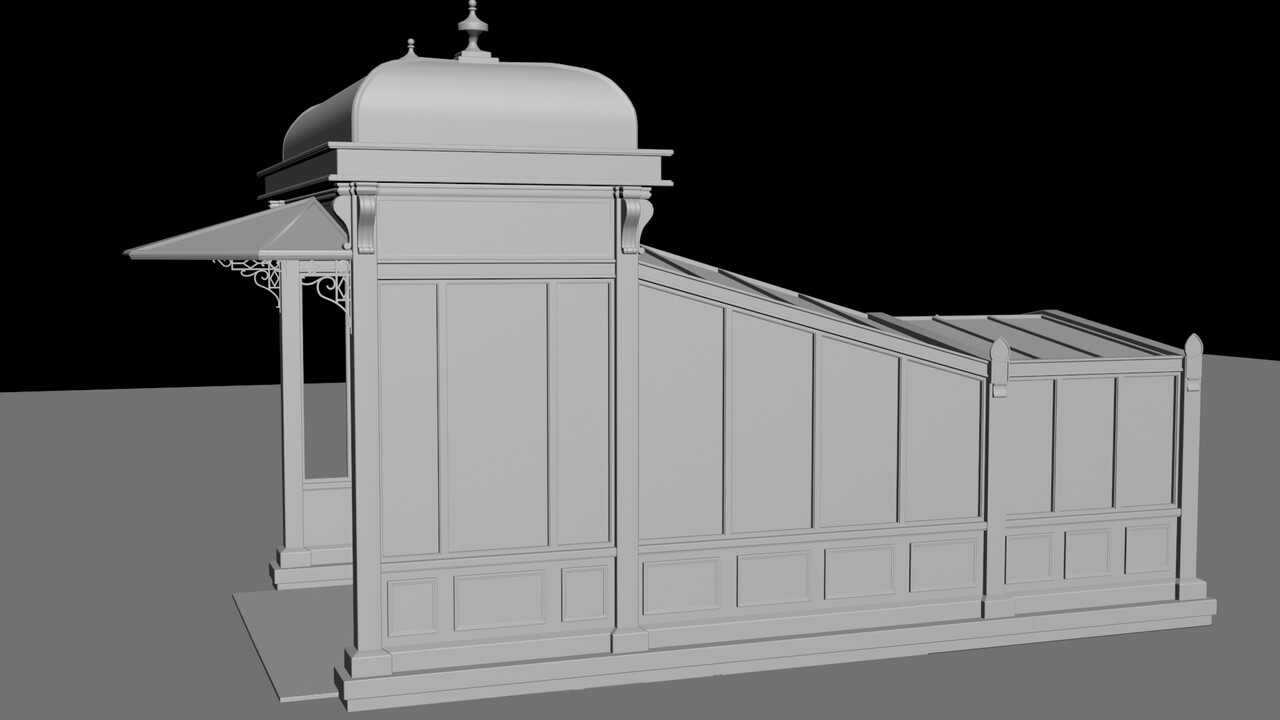 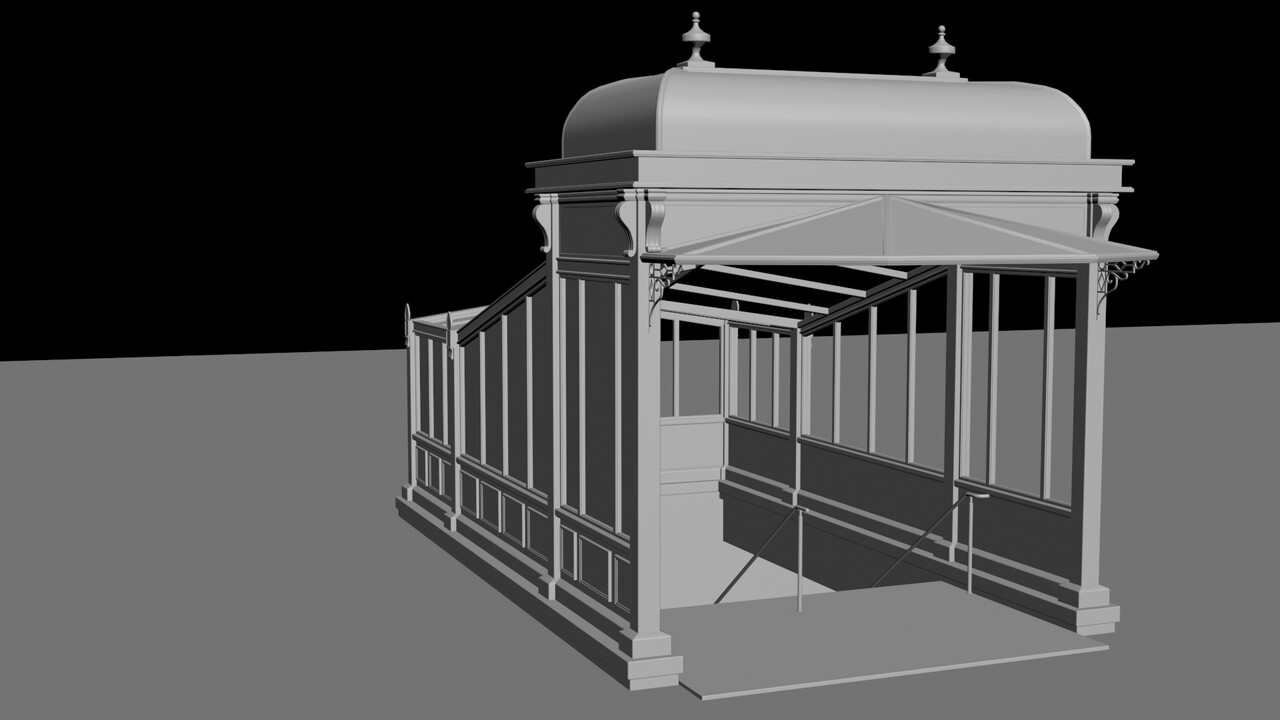 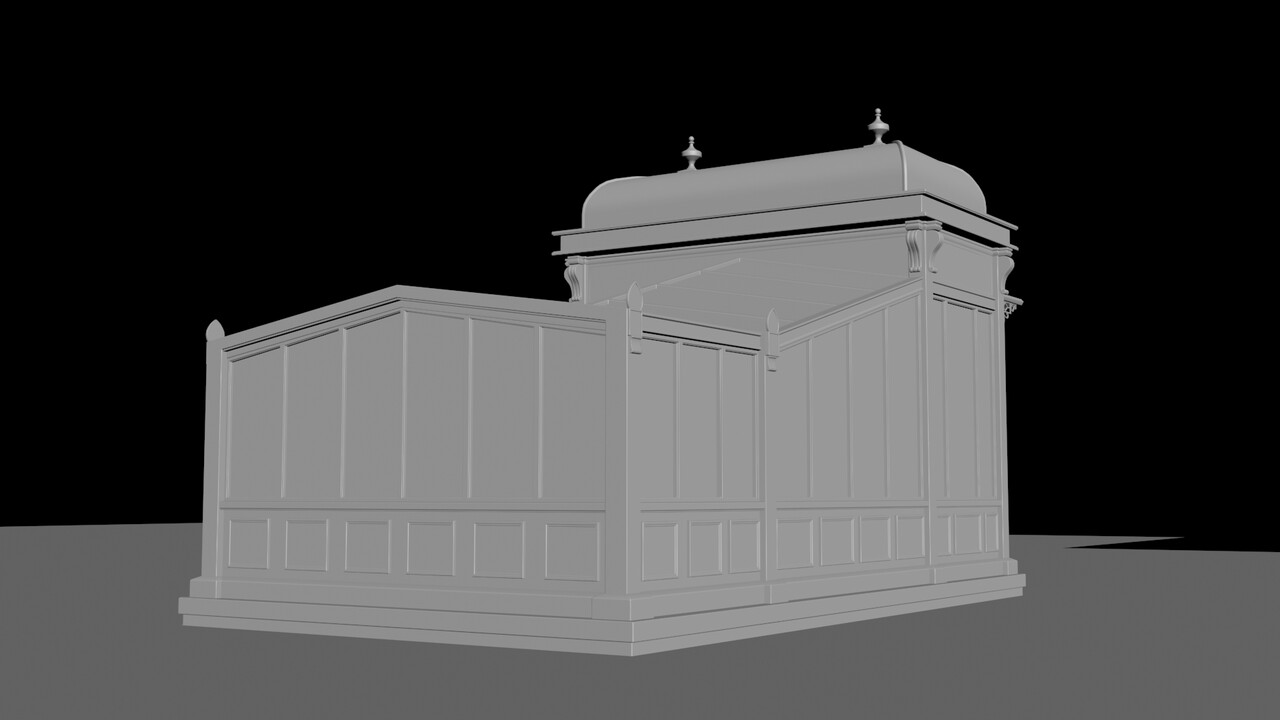 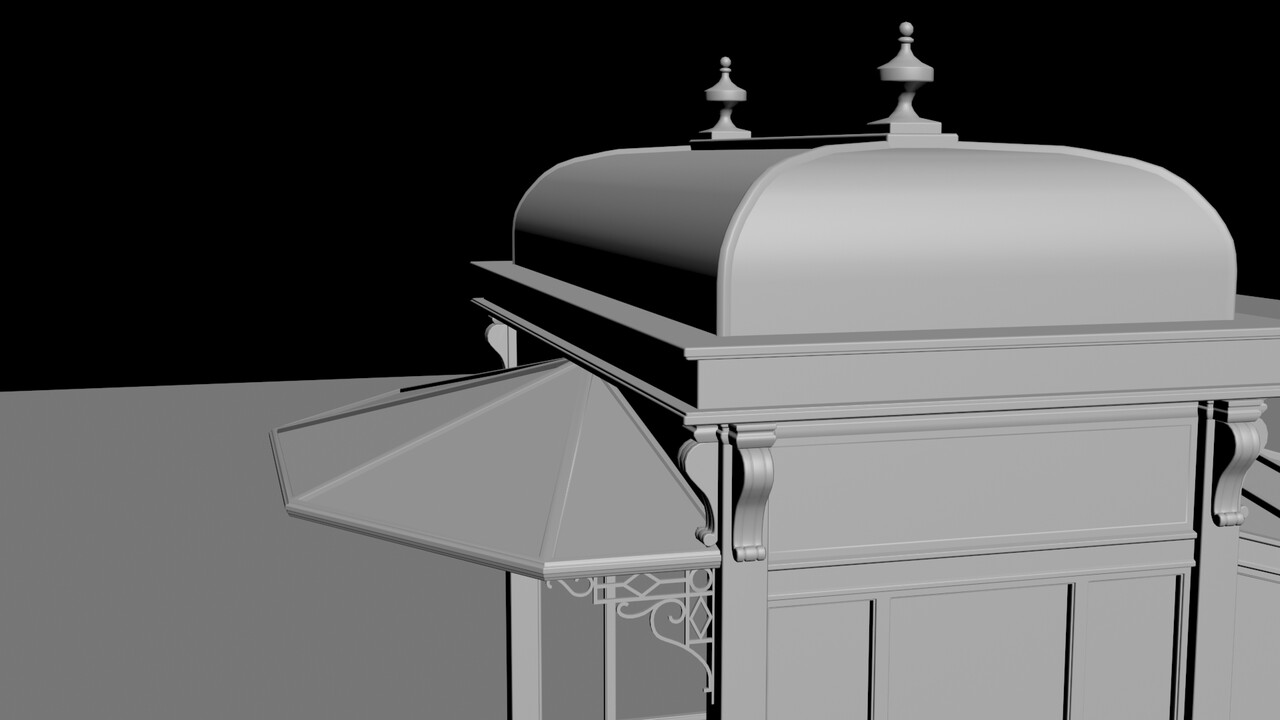 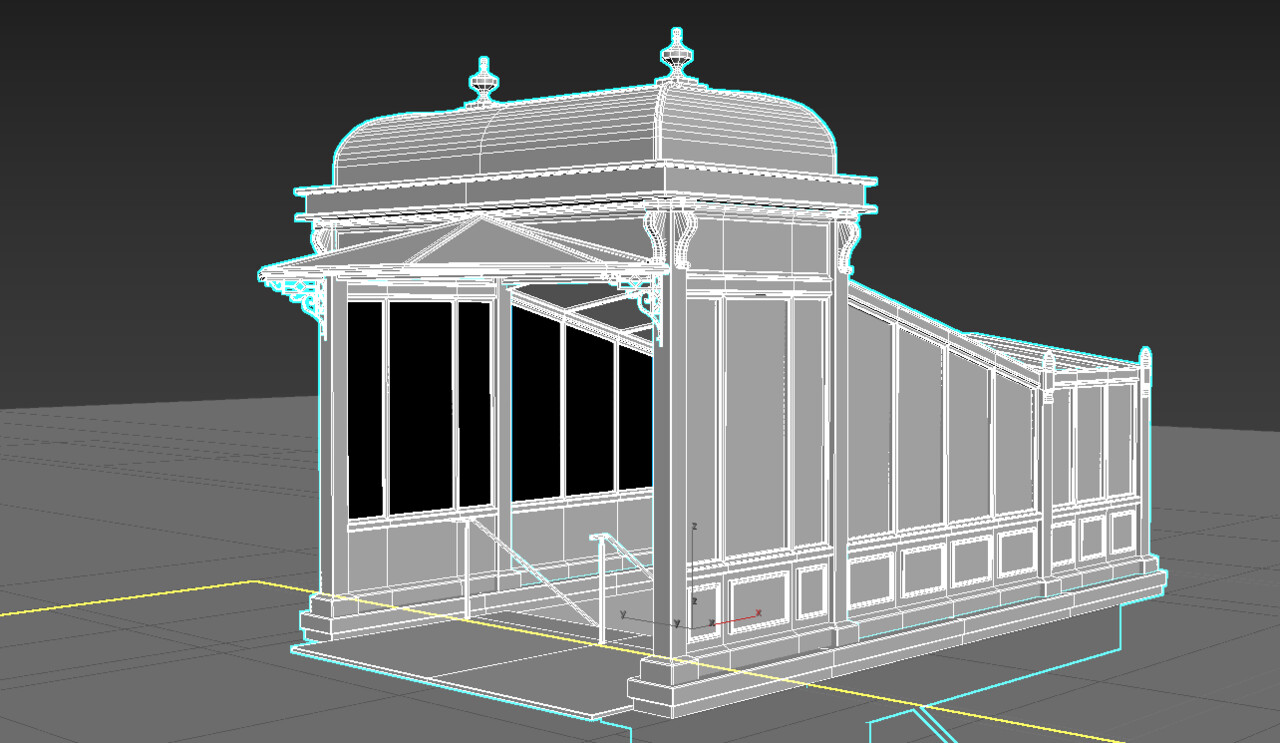 This was divided into 6 different meshes to facilitate the light baking, using several smaller maps instead of having to use a really big unique one.

I made the scene darker but I still have not started the proper lighting of it. I added some emissive obloids to the train tracks to get a feel for them, but these will certainly be altered in the future. After we include the actual buildings to the scene and decided which windows are lit, I will start actually making the lighting for it.