When I last spoke about the underpass, I had modelled it but it still did not have any textures.  This is what it looks like in the engine at the moment (it is still missing a glass material). 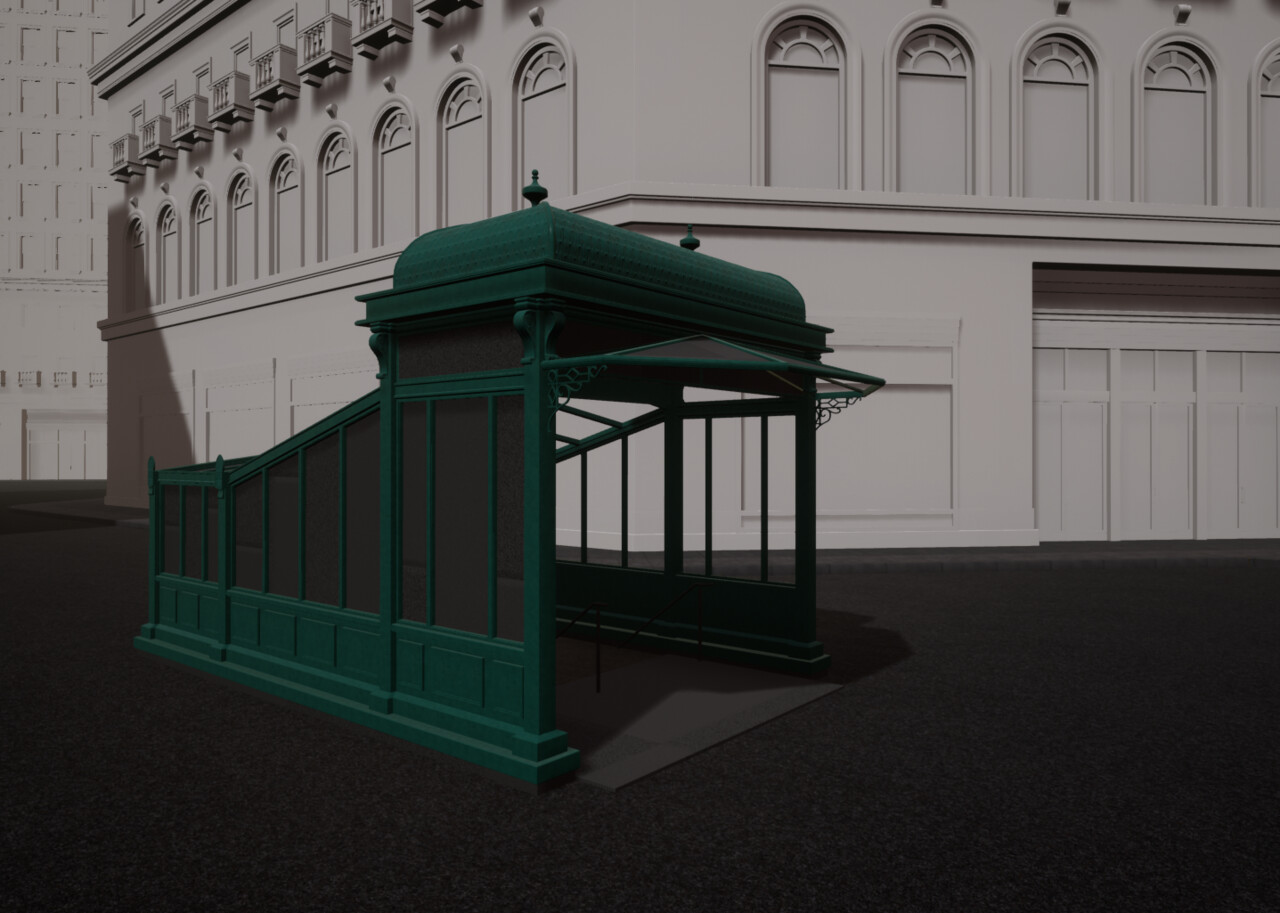 I will certainly use some decals later to make it look less repetitive, dirtier, and to add some rusted metal streaks.

I have decided to keep most parts of it mid poly and to use a tiling material with vertex painting for variation. These are the 2 variations of the painted metal material I made for it: 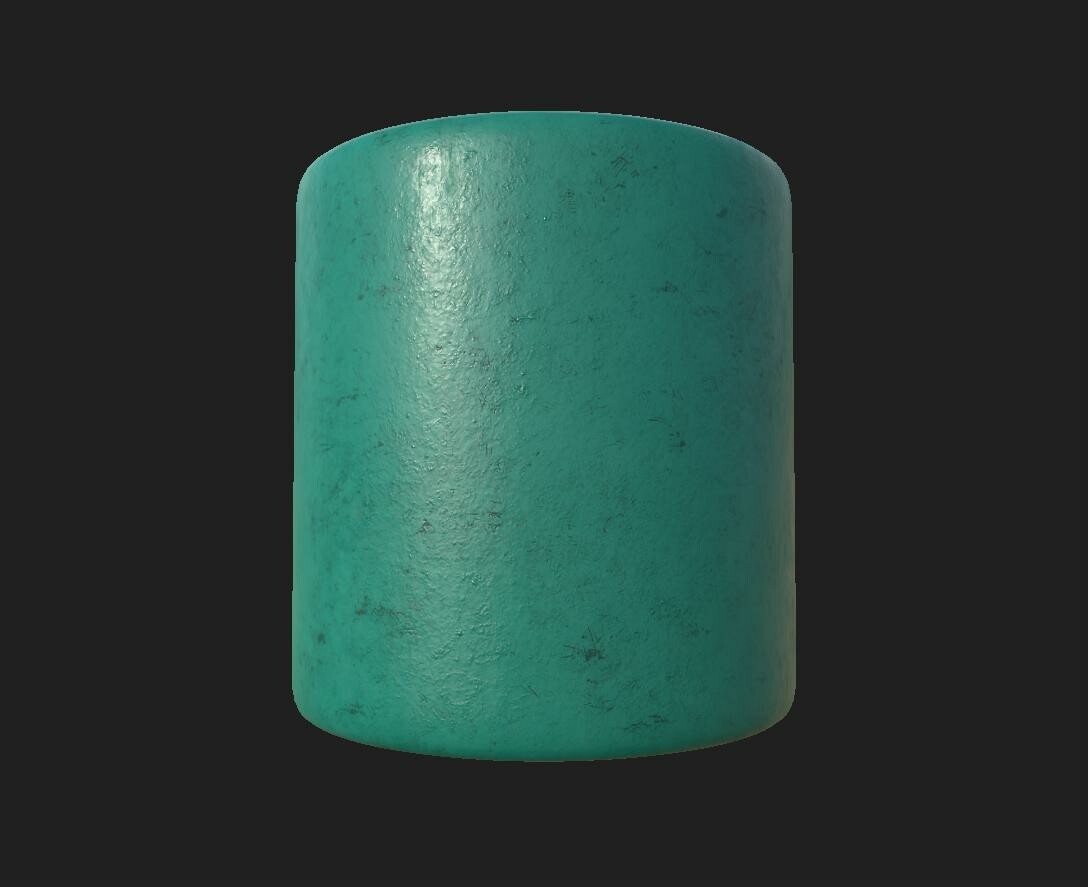 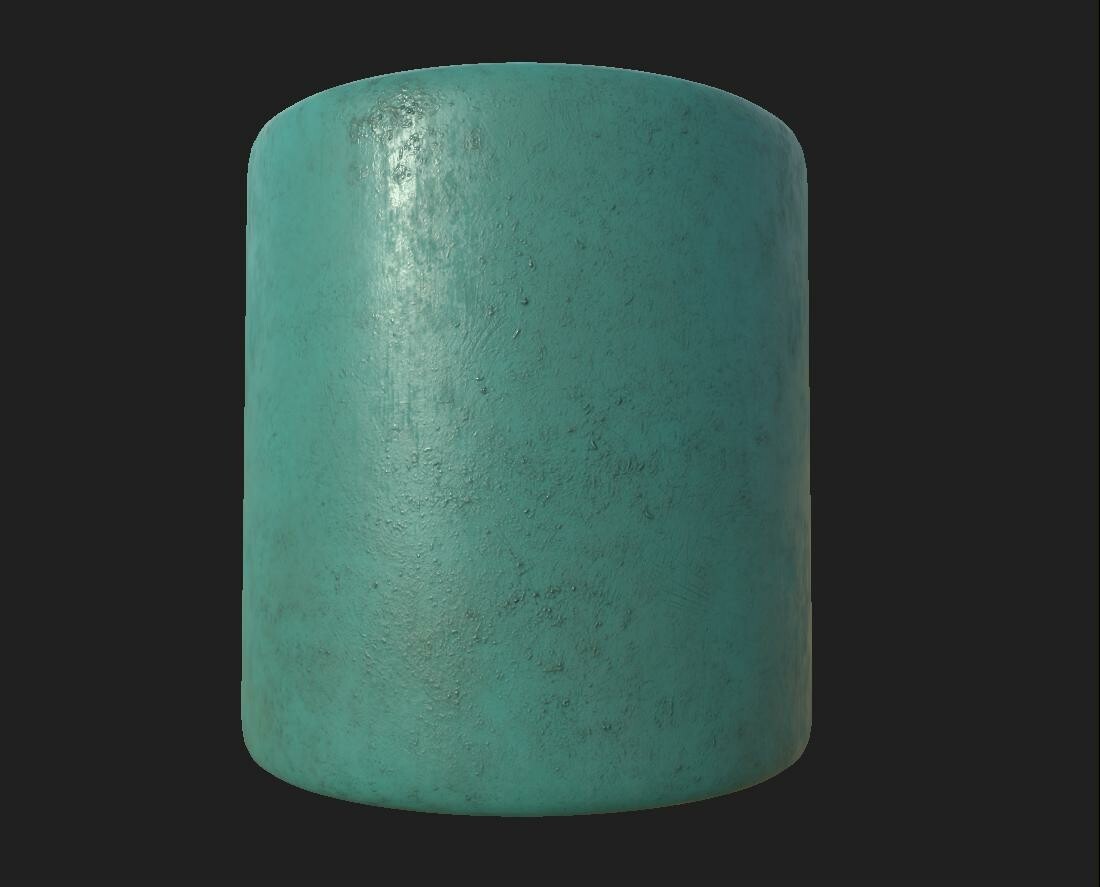 I made an extra normal and AO maps for the roof texture: 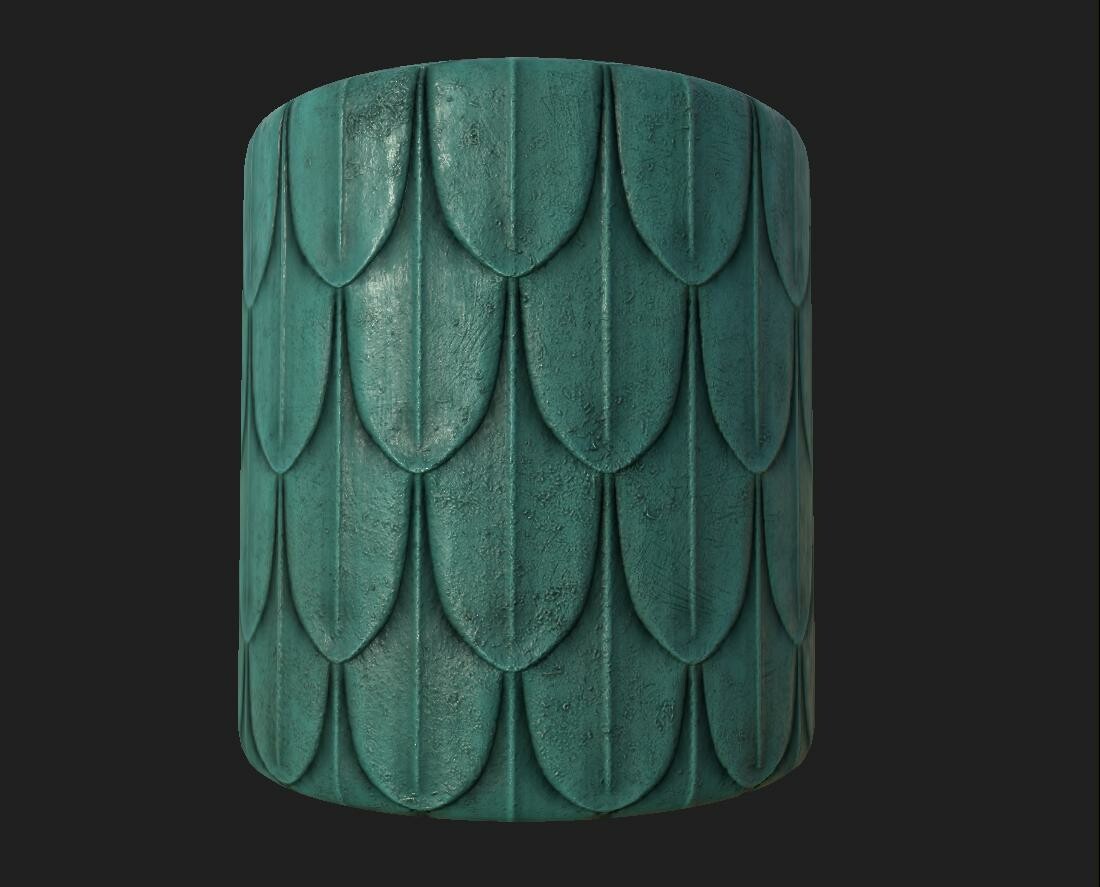 For the detailed decorations, I decided to bake the details into a normal map. They have a separate material ID with the tiling material + baked normal and AO: 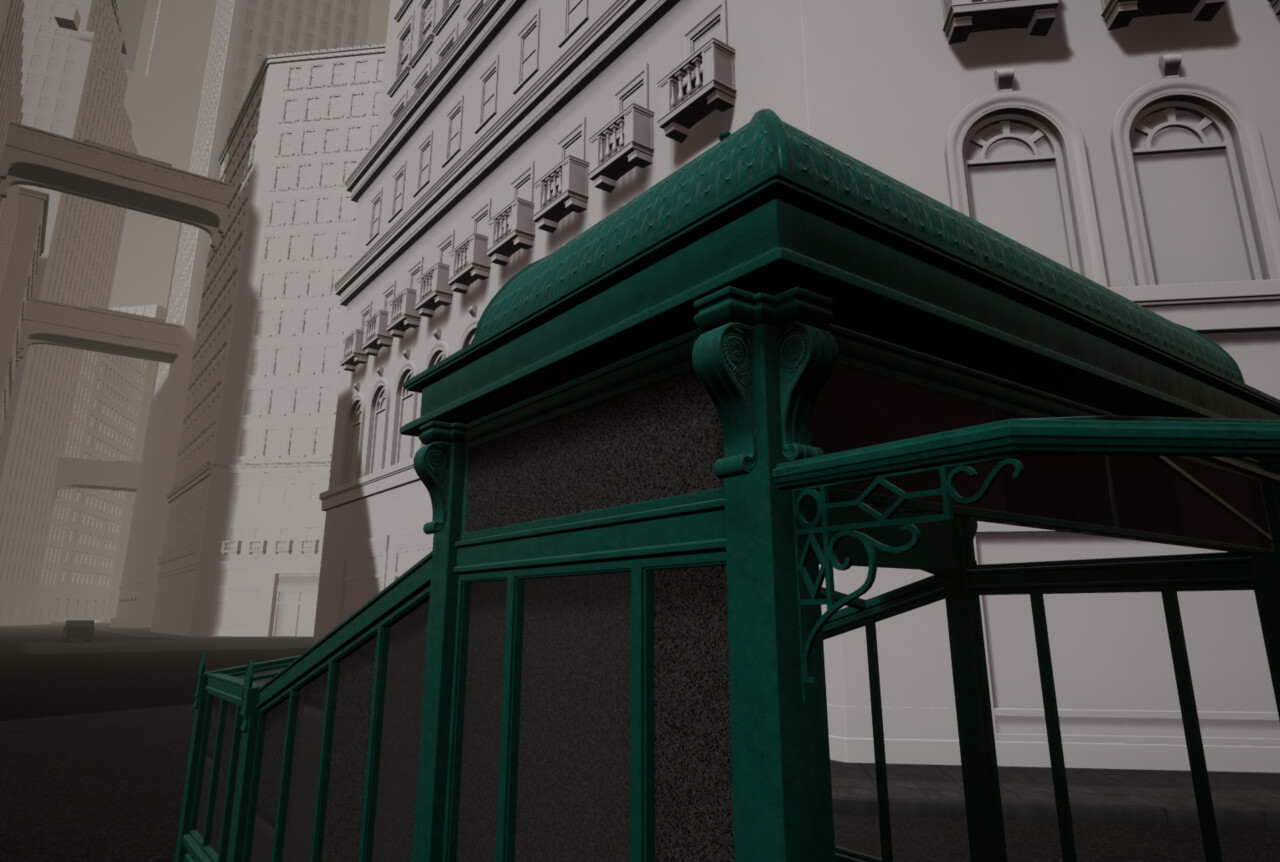 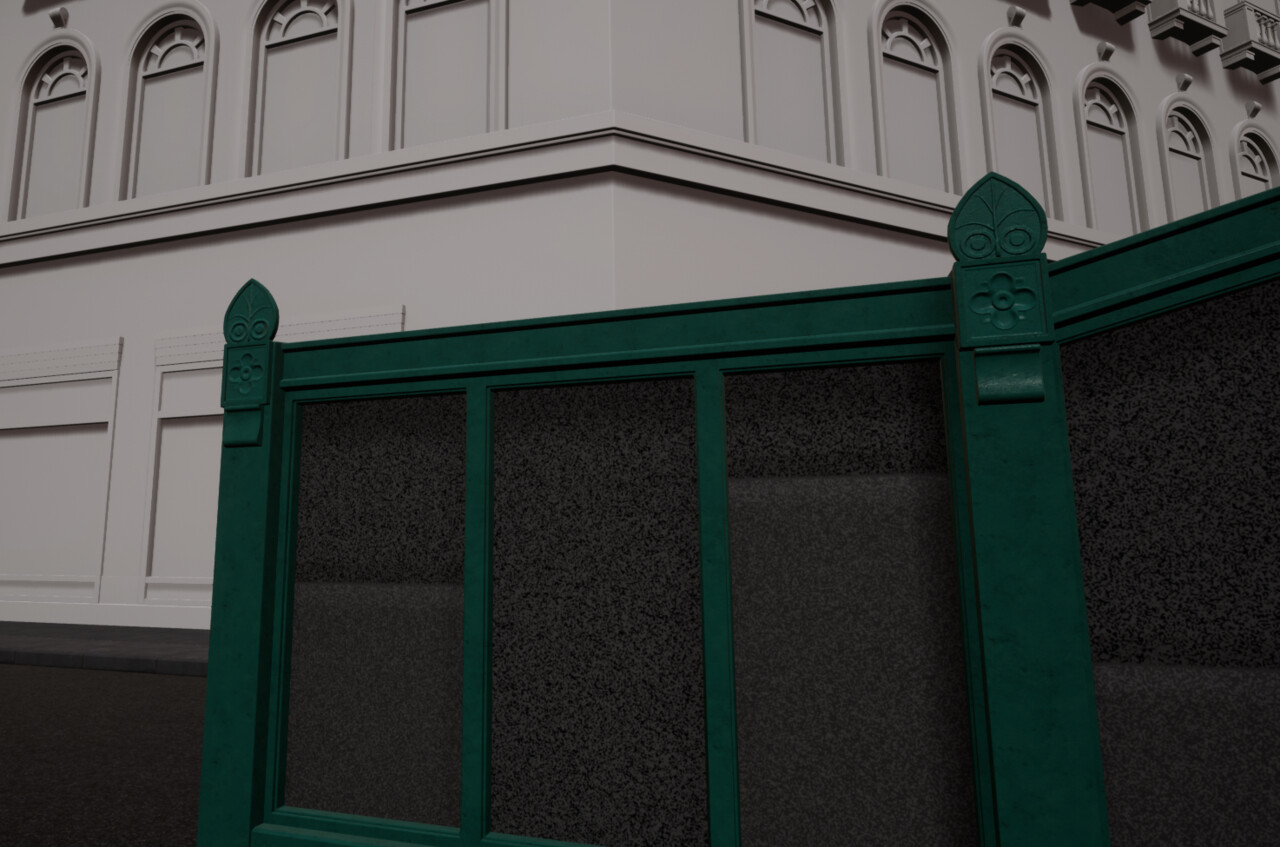 While I was still working on the underpass, the building generator was finalised! I promptly jumped into making the buildings for the scene as I was excited to see it populated. Sophie gave me instructions on how to use the tool and I spent a few days placing the buildings and deciding between the modular pieces. At this point I made the scene brighter again, because I needed to be able to see how it would look like. I will be starting on the lighting on week 13. Here are some of the buildings at the moment: 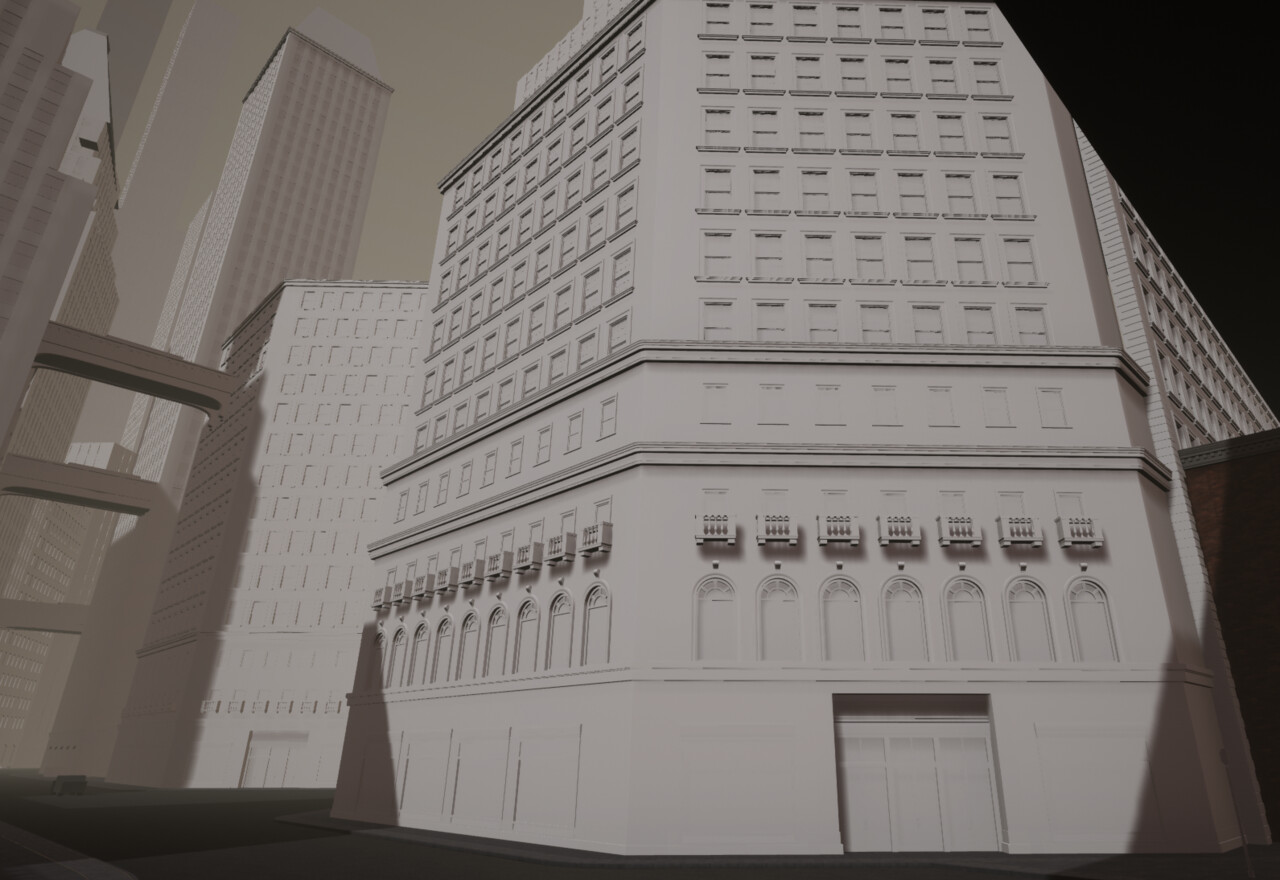 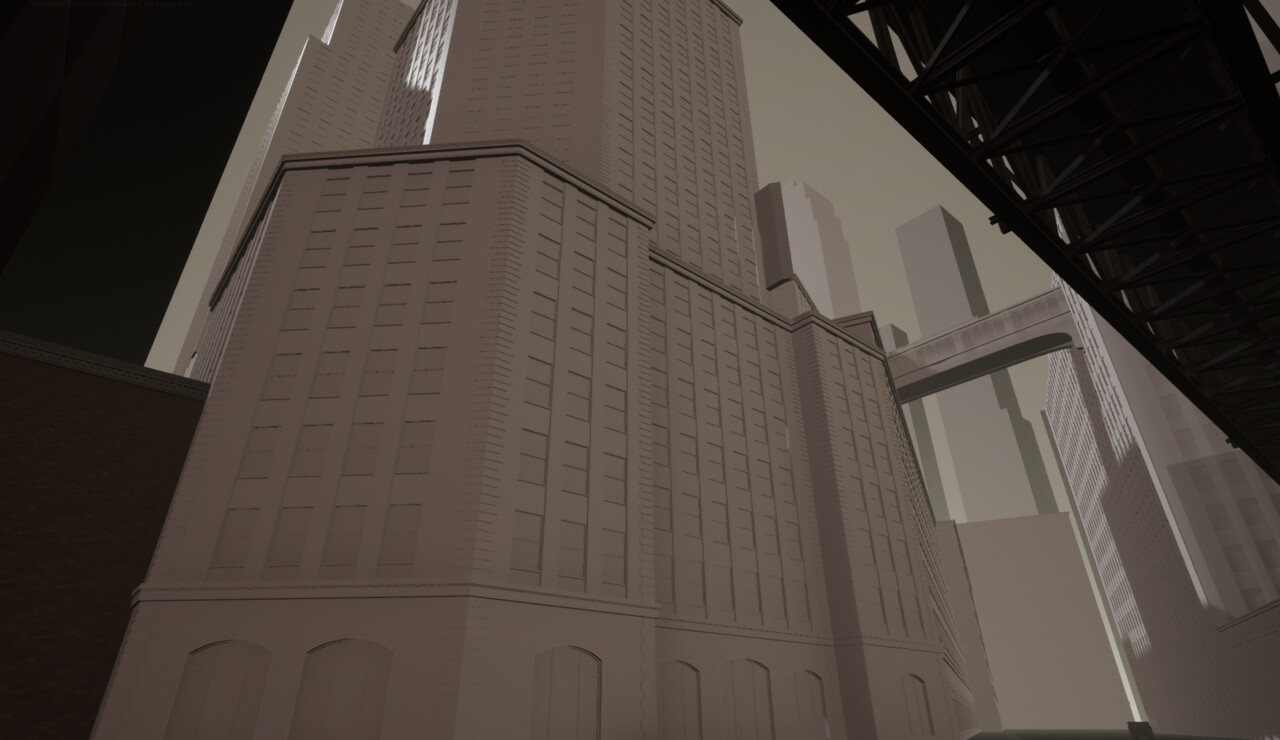 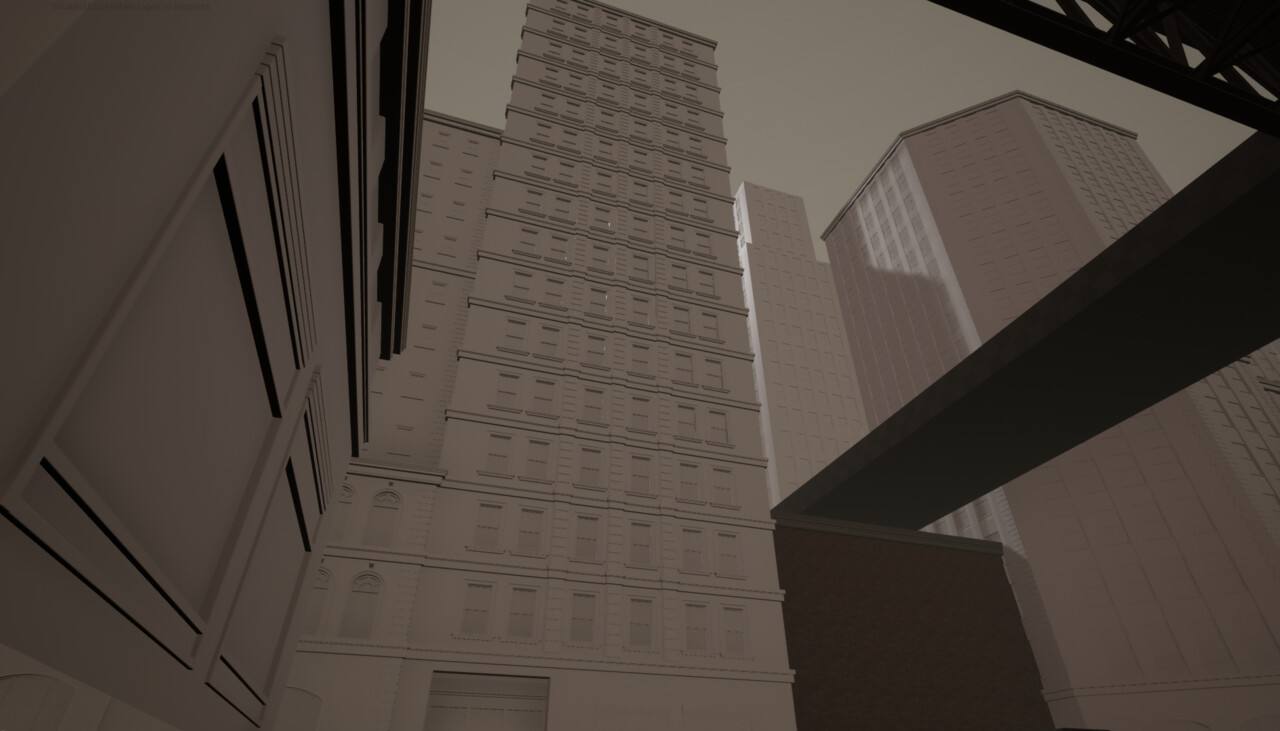 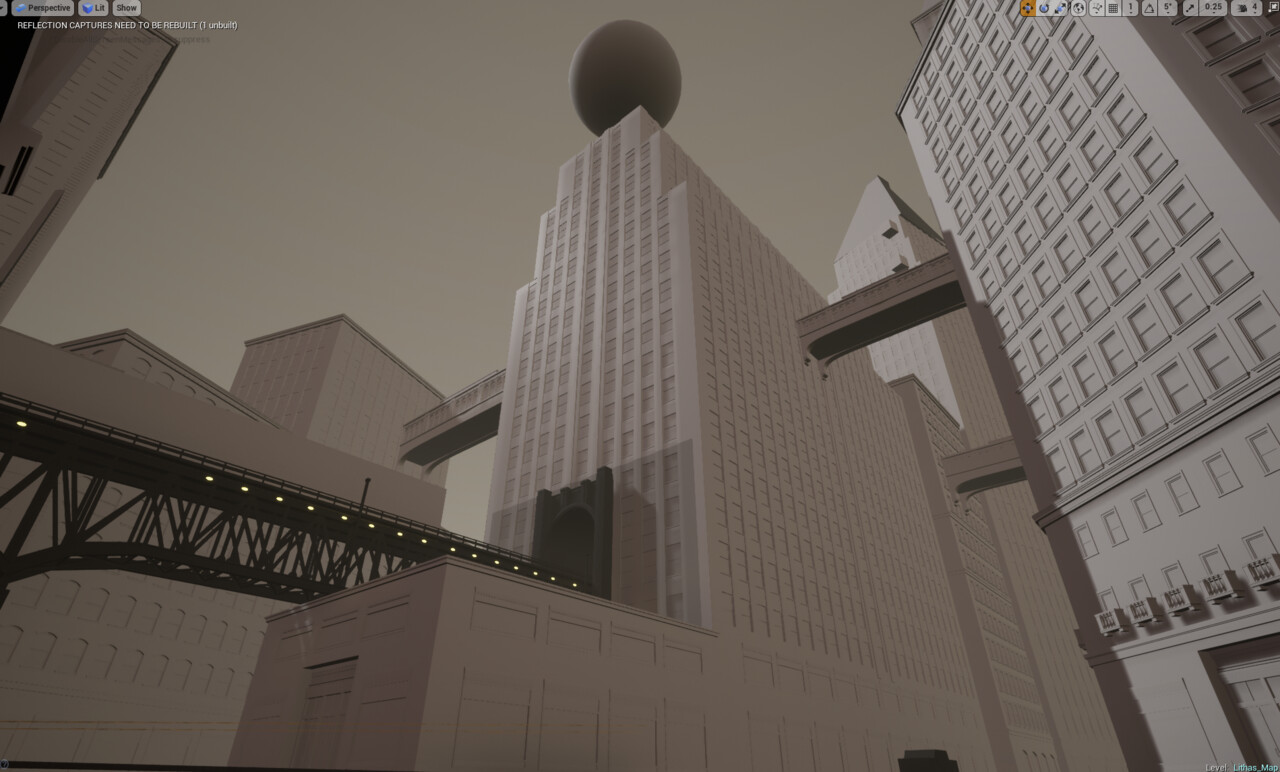 After adding the buildings we realised our camera placement for the main shot was too far back. We moved the camera and some of the buildings to make the scene tighter. I also changed the elevated train track at this point to resemble the concept more closely.

Now that I had the buildings and decided their exact placing, I could start on the pavement. I decided to make it mainly modular, except for the areas that were more uniquely shaped. I made a render of the scene from the top and realised the layout we had chosen was a bit strange and the roads that would result from it did not make sense. We were lacking a flow of traffic. This is what I had at first: 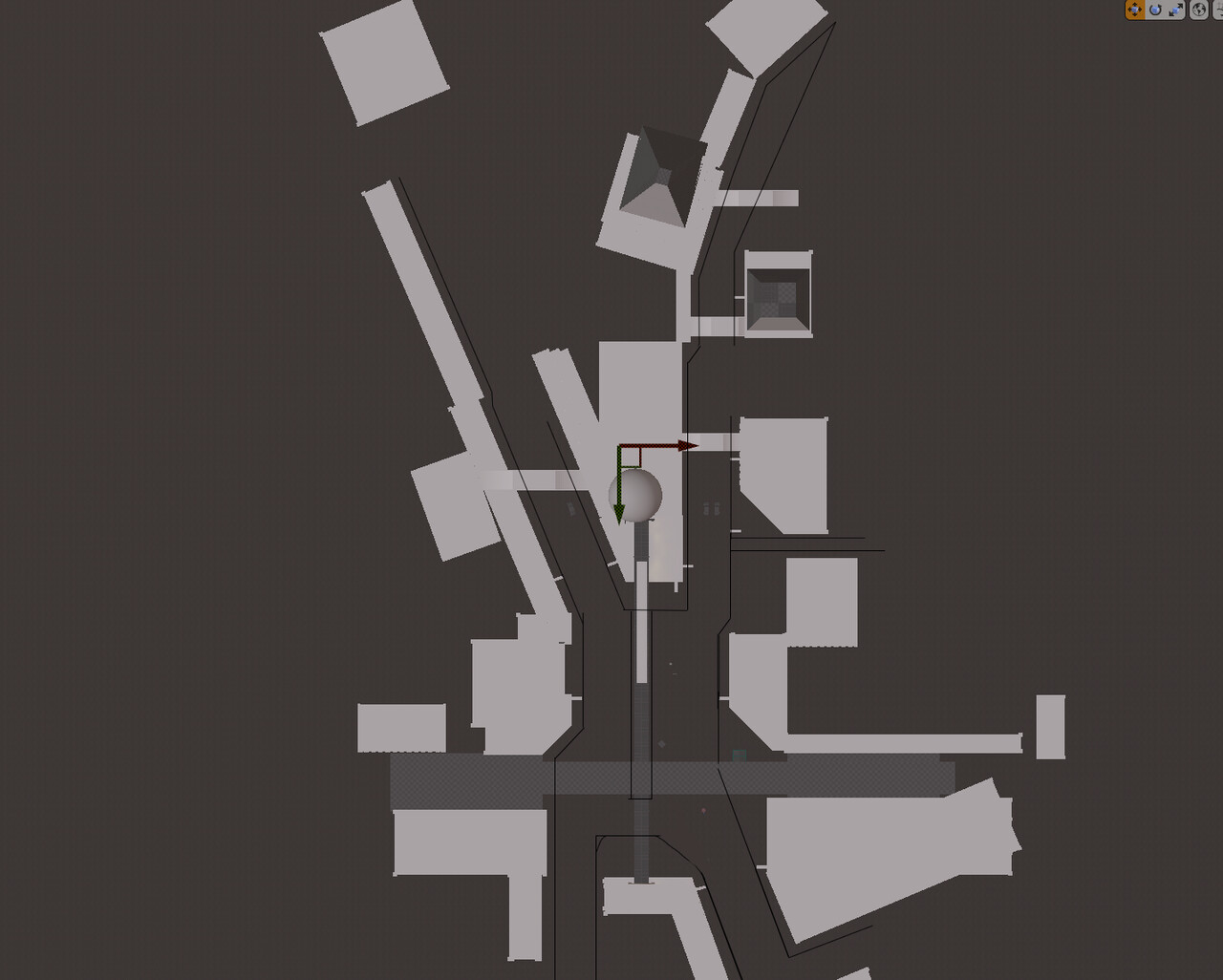 So Sophie made a paint over of how the road could be: 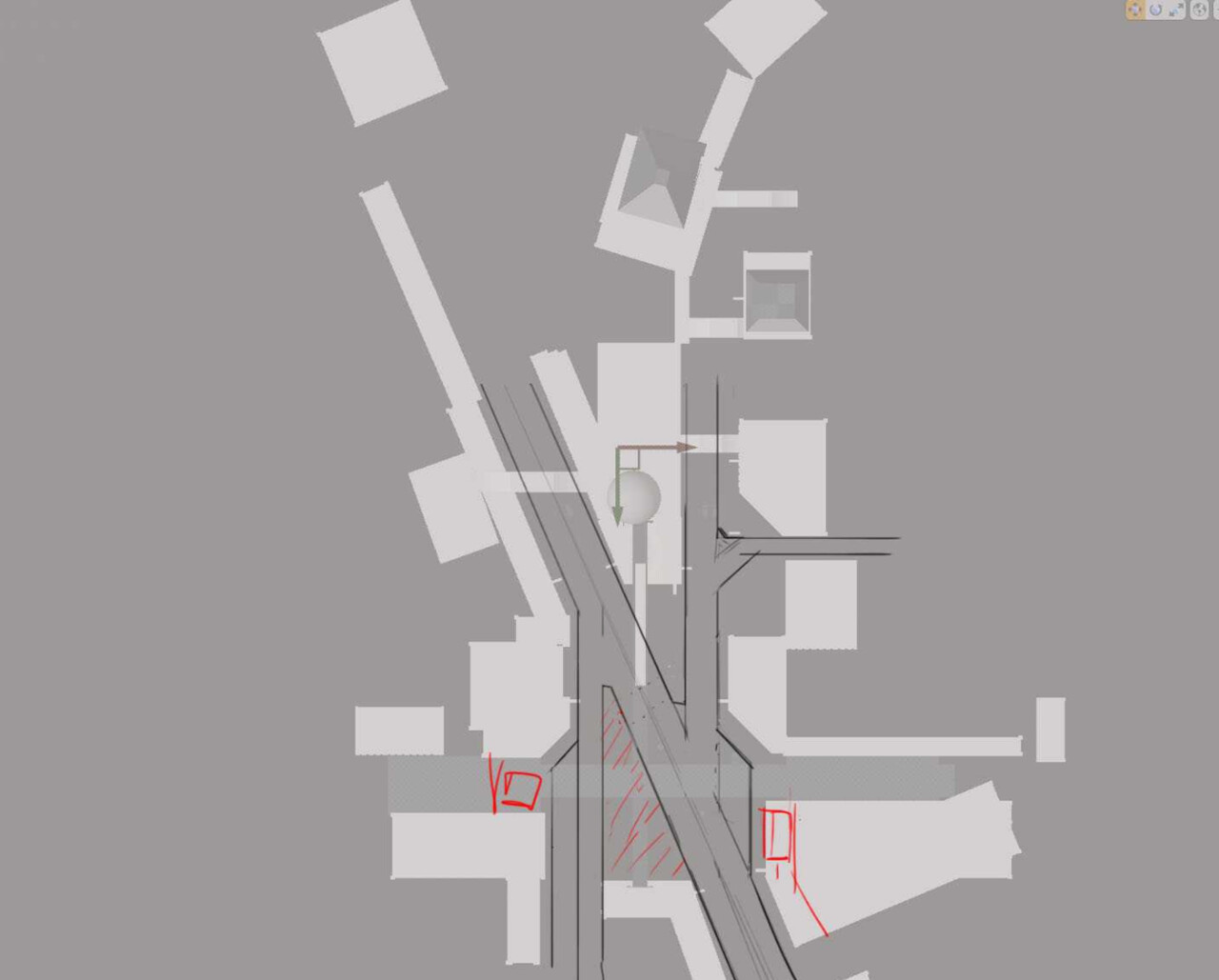 Now we had decided the main road would be diagonal, and the other roads were either joining it or coming out of it. It made more sense, but it meant we would have to change the concept a little bit. It also meant I had to change the elevated train tracks again, otherwise they would have pillars in the middle of the road, and I slightly changed some buildings.

I also planned the non modular pieces to be the following: 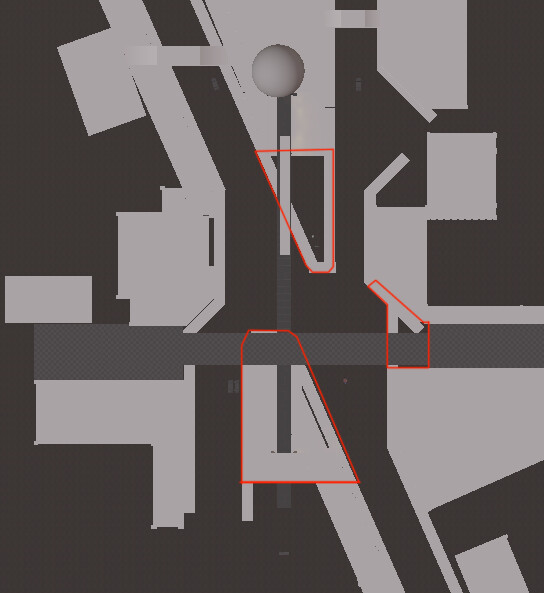 One of the challenges with this is that we had chosen to use large pavement slabs. That meant that if we tried to make the pavement with splines, the texture would deform and look strange. This could have worked if we were using small pavement slabs as deformation would not be as obvious, but with large slabs it would definitely look strange. I did some research on how pavement slabs are dealt with in corners  in real life. 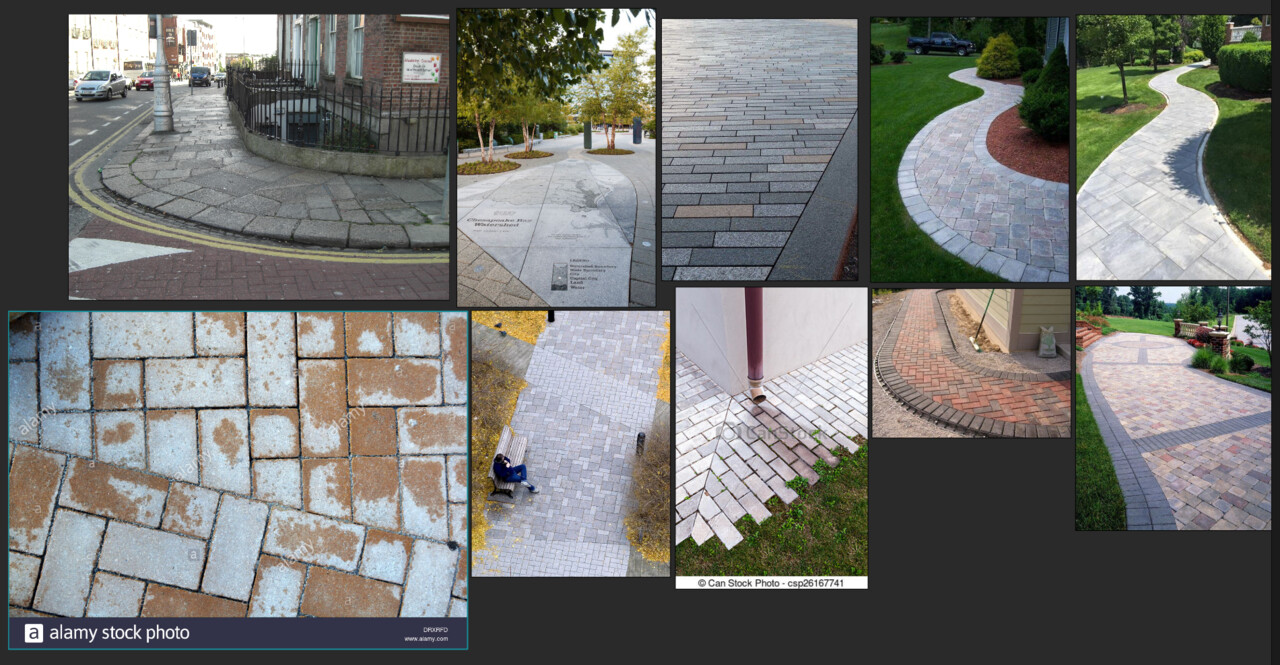 I observed that usually the pattern is simply broken where needed, on continued regardless of the curve. If we only had 90 degrees corners, I could just continue the pattern without worries as it would match both ends to the modular straight pavement. However, we have many 45 degree corners and a couple of 24 degrees corners, so we needed to break the pattern where need. I did not want it to look accidental, or badly unwrapped, so I decided to add a trim to the interruption. As we chose the Art Deco style for our main style, I thought brass trims would suit it quite well and break a little bit of the grey concrete look. This also facilitated some other transitions. This was the inspiration for it: 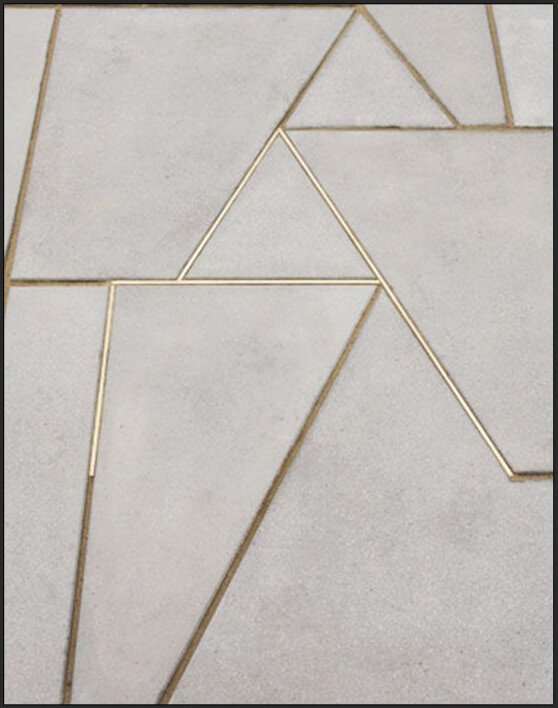 I spent quite a long time unwrapping and making sure all the pieces met properly. This is what they look like: 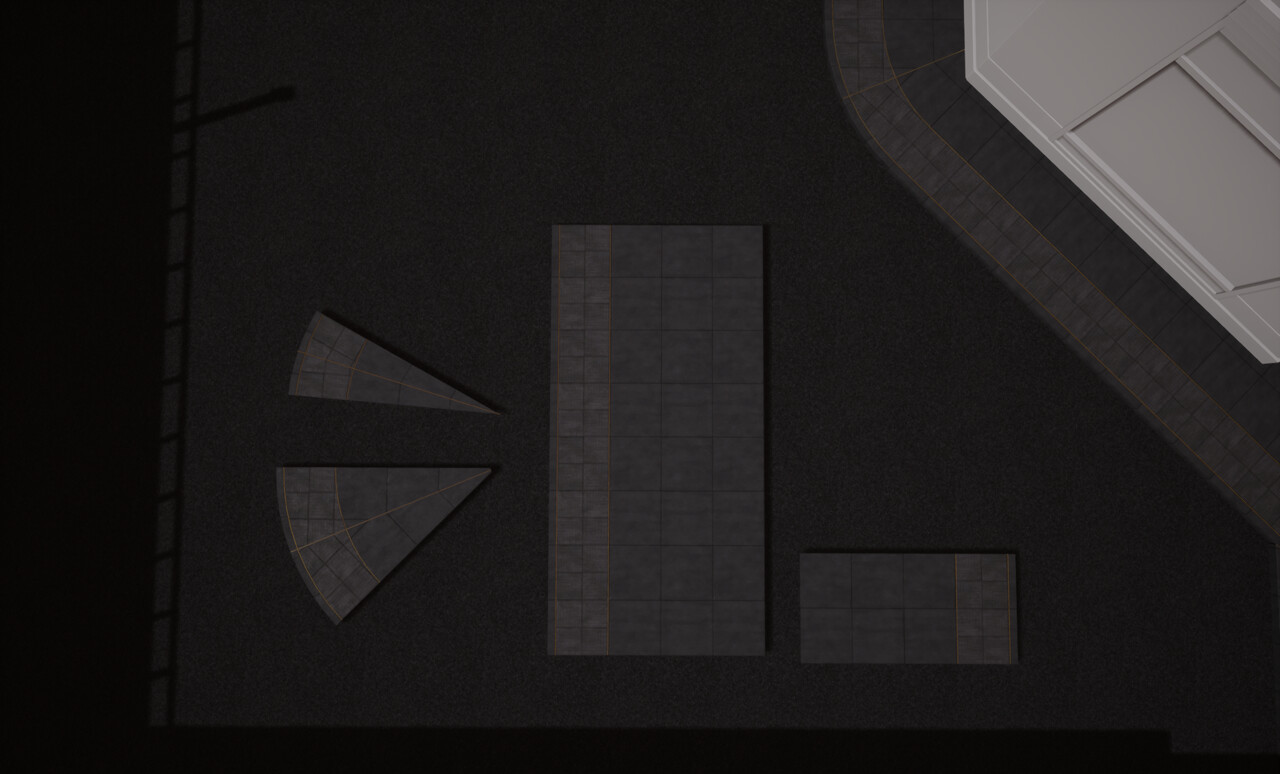 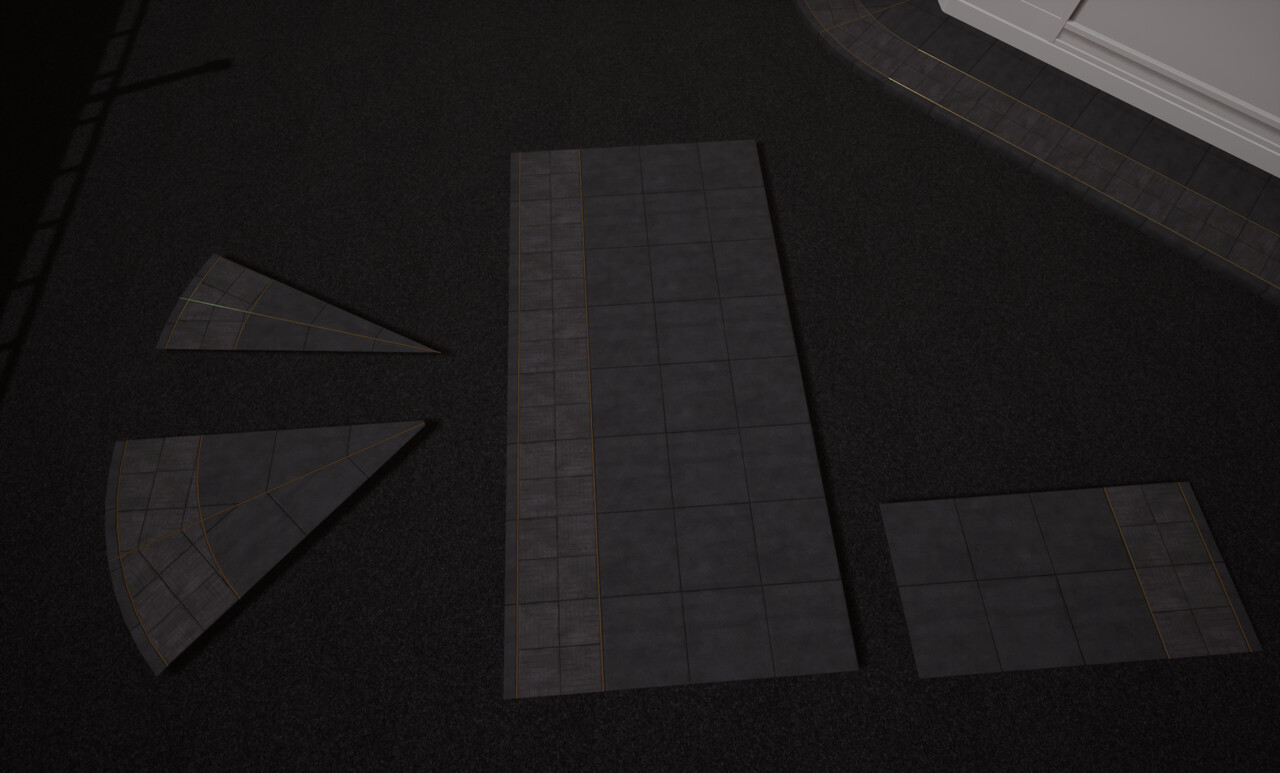 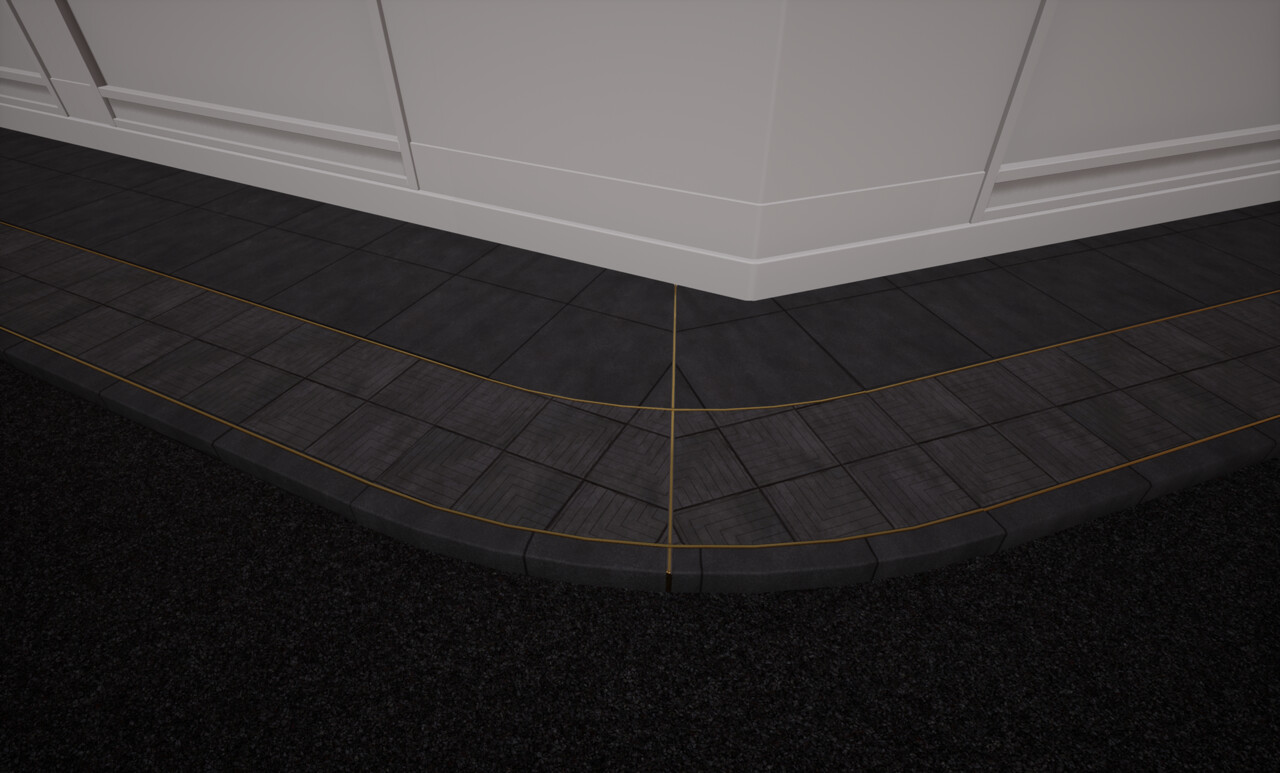 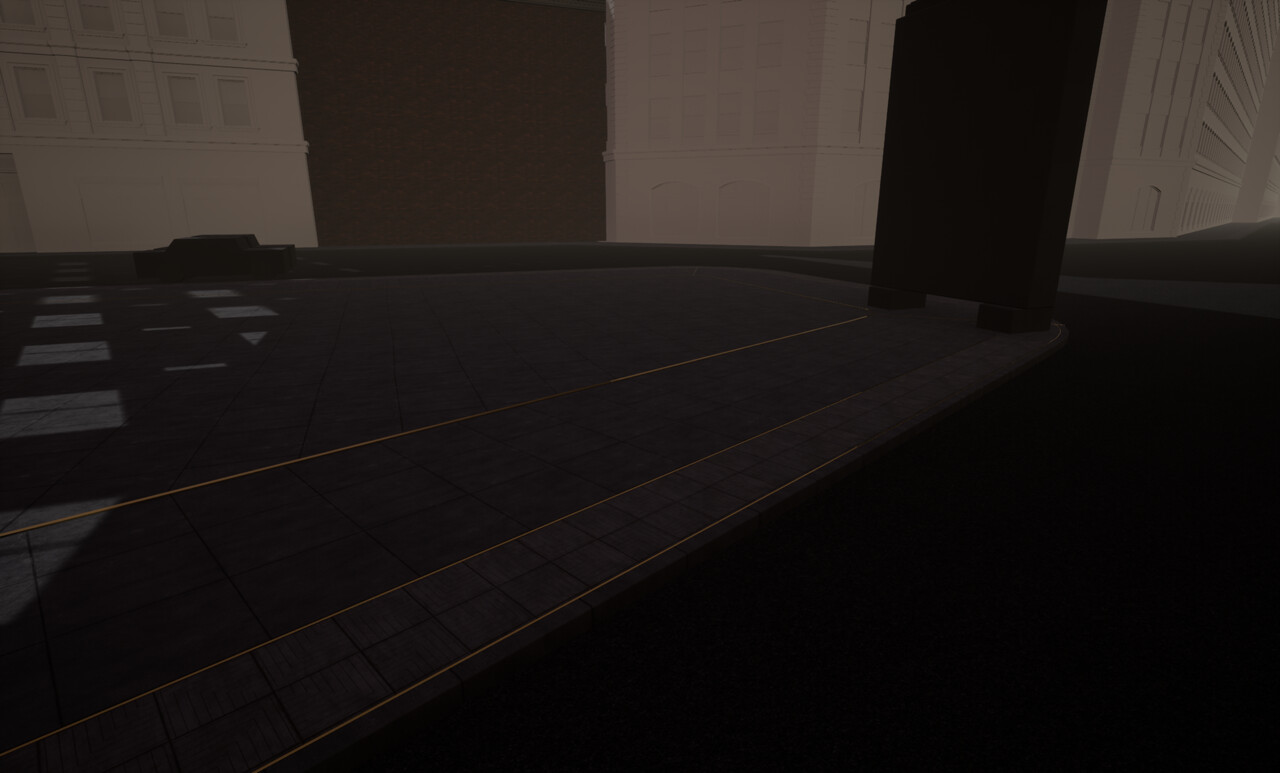 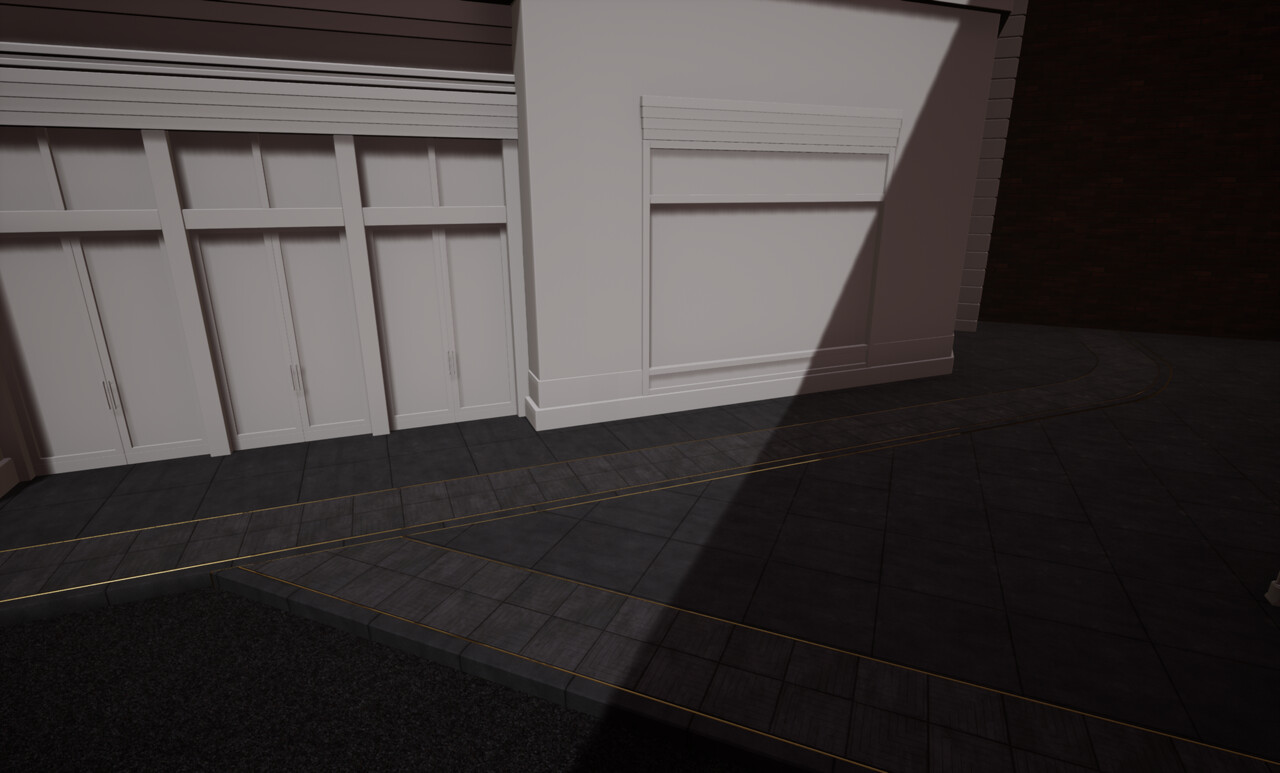 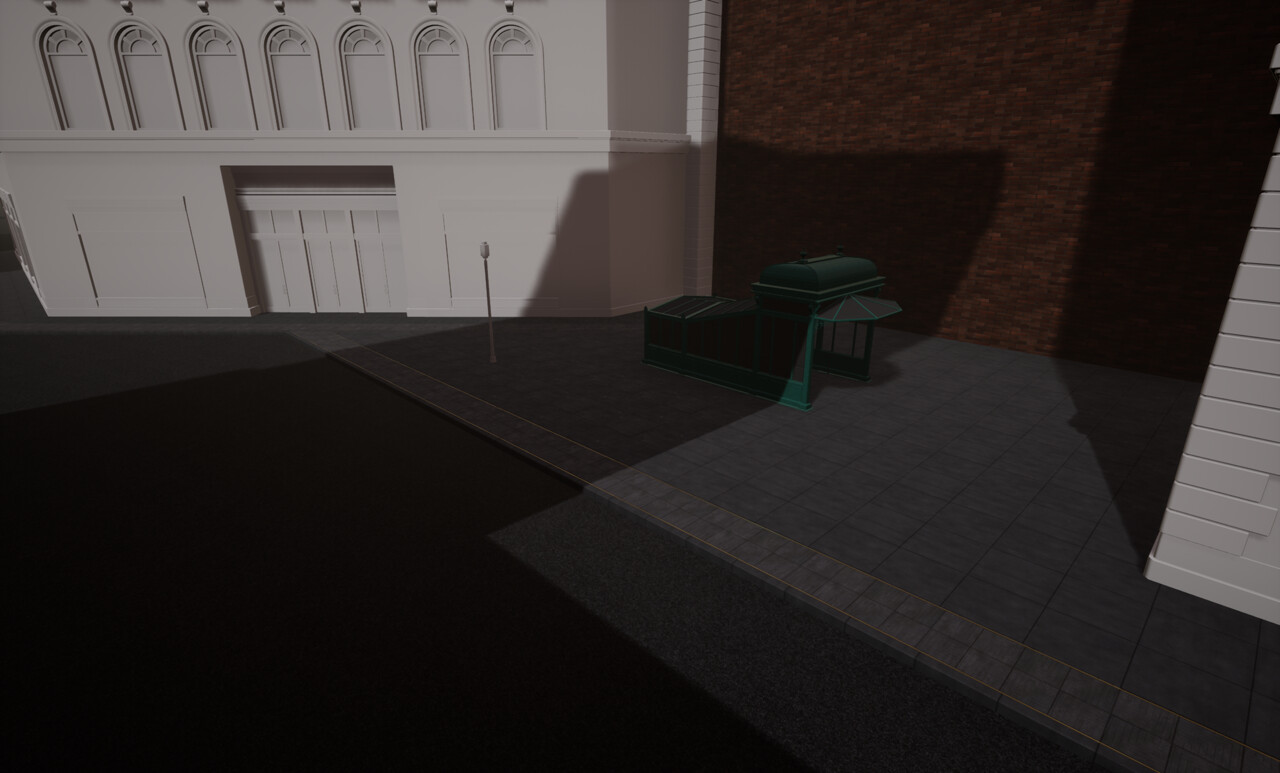 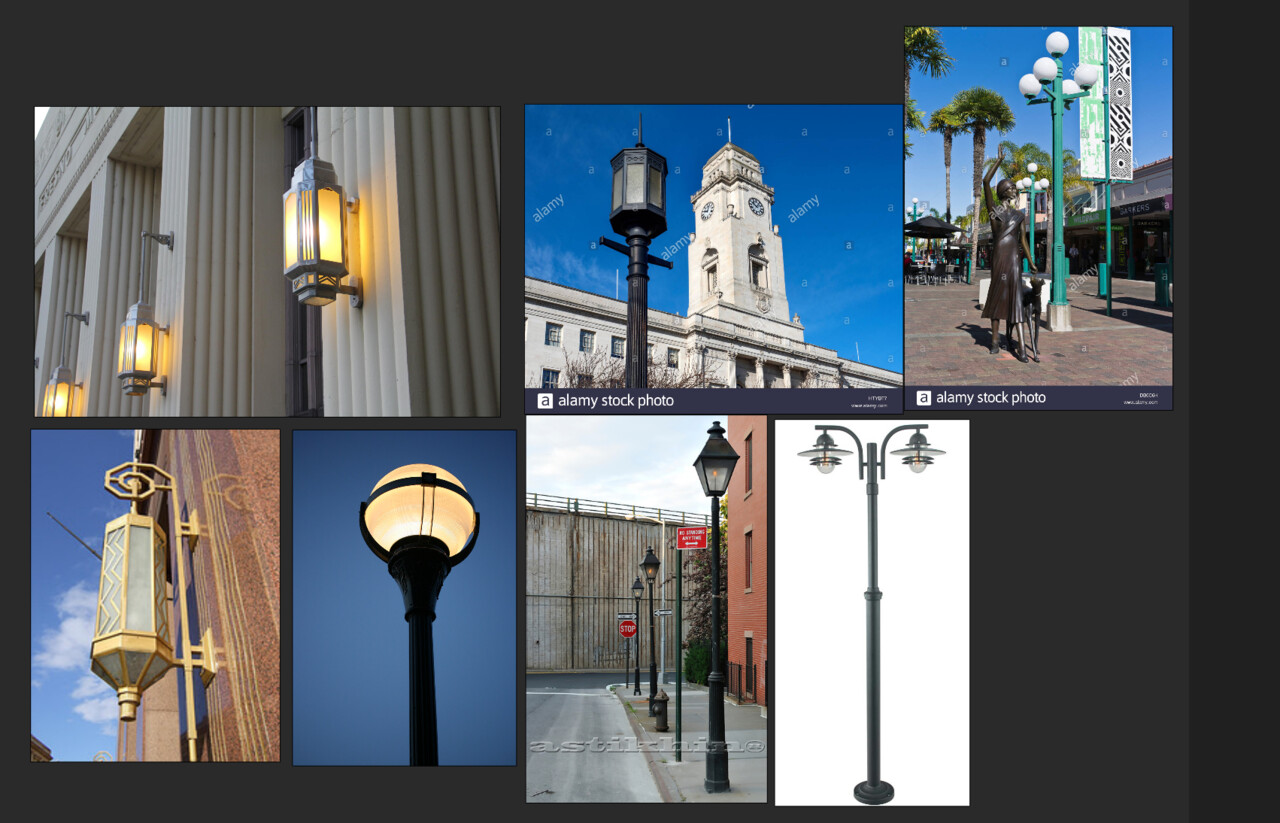 It is still not completed but this is what I have at the moment: 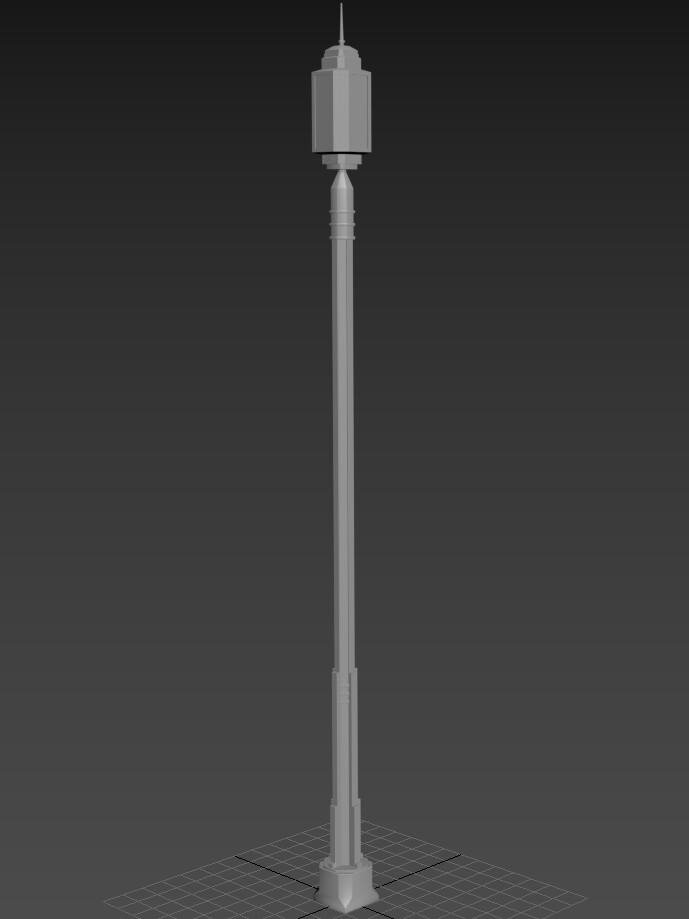 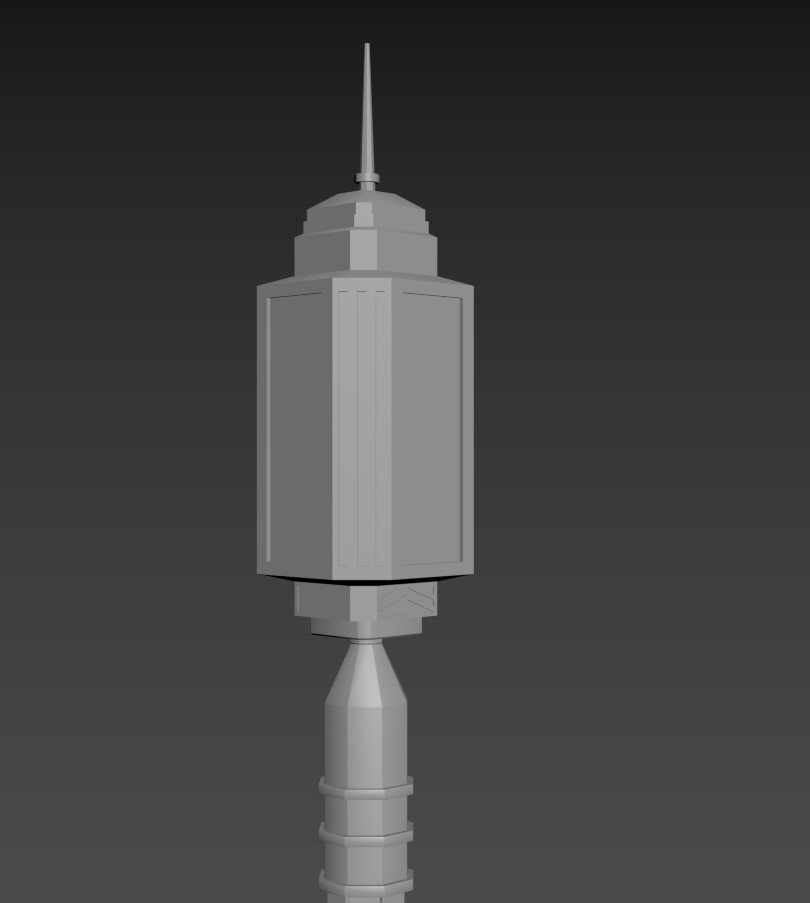 This is what the scene is currently looking like: 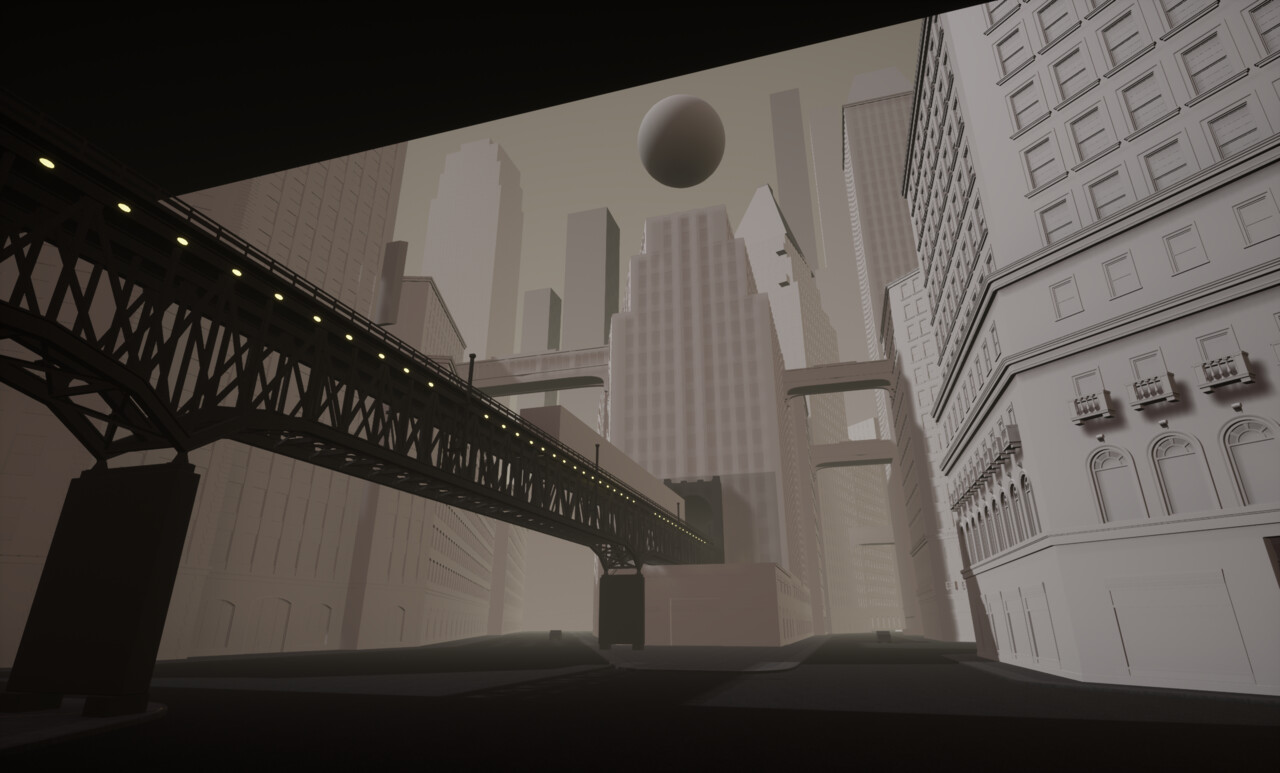