After losing the ability of working in computer labs at university, Sophie and I had to find a way of working on the same file from different countries, on our own computers. At uni we had been using PerForce, but from home it seemed a bit complicated and we opted for using GitHub. It took us a while to set it up and to get used to it, and we lost a lot of work initially.  This has set us back quite a bit, but we are now better acquainted with it.

I have been playing around with the great shaders that Sophie has made, and made small changes to some of them when I needed to. I made a splat map (and will probably do another one), with different masks in the red, green, blue and alpha channels, to be used with some of the shadersfunctionalities: 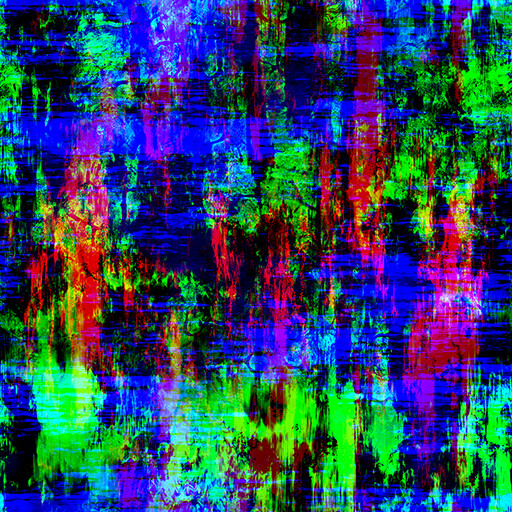 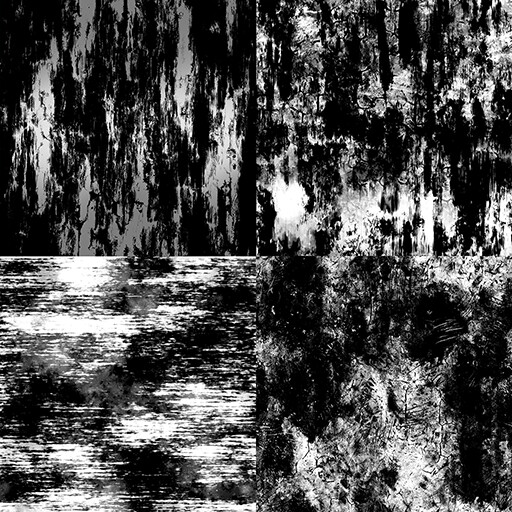 Here are some examples of materials: 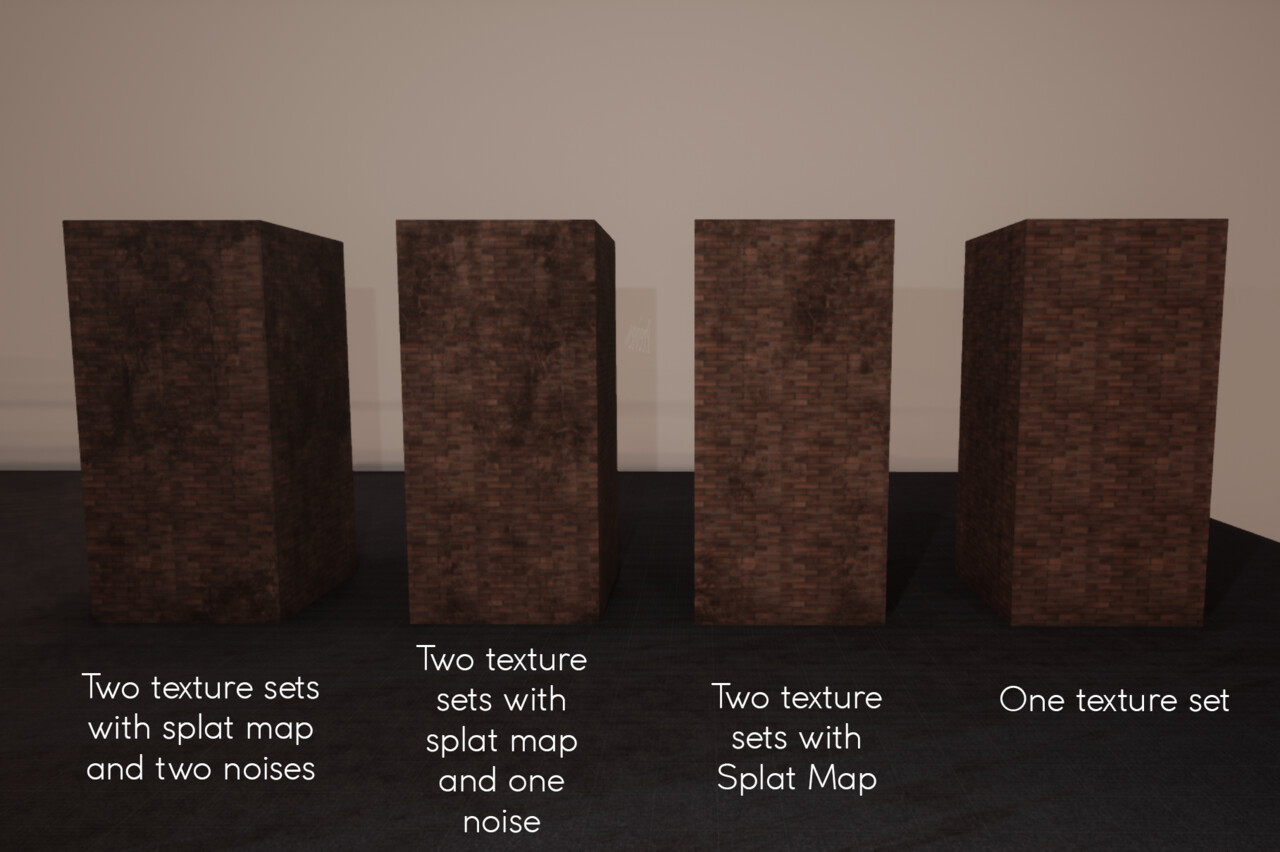 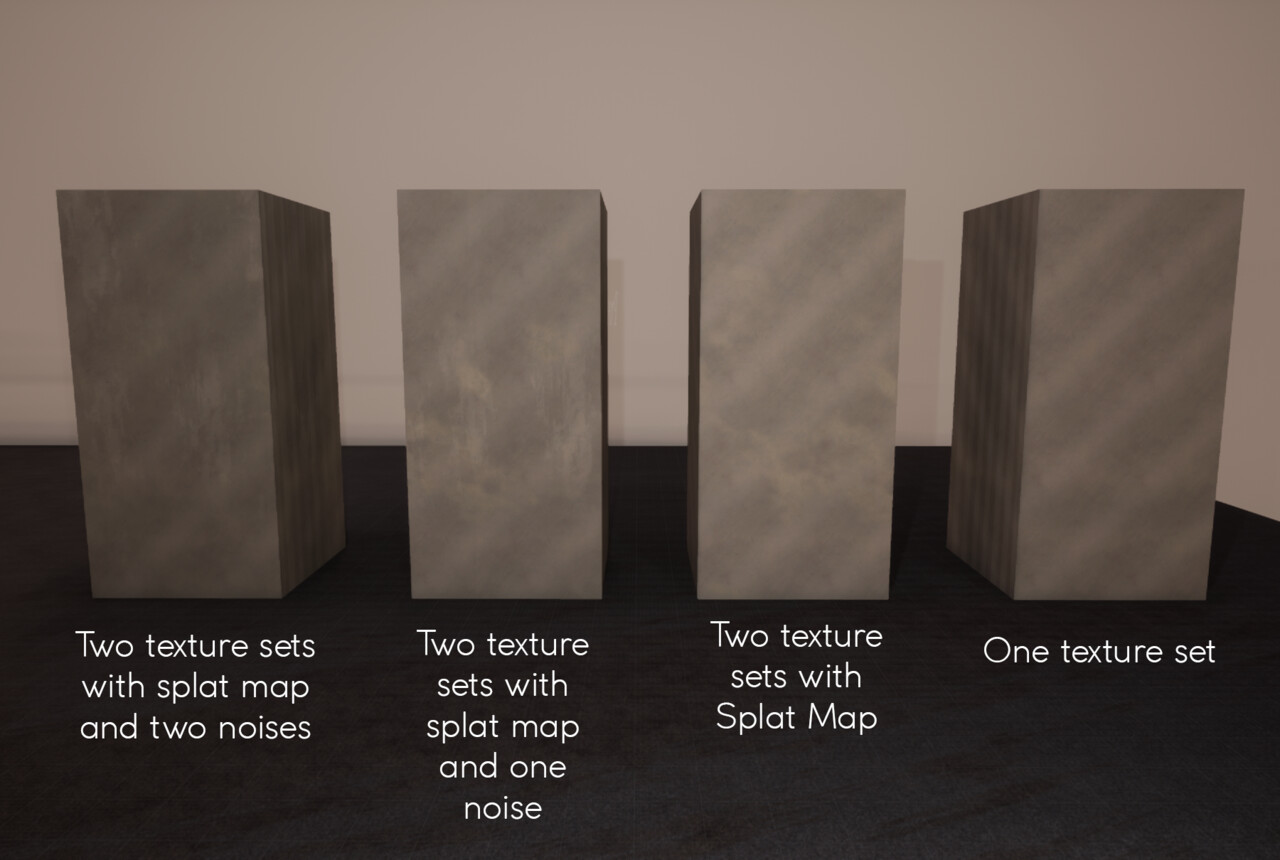 This greatly helped not only to break the tiling but also to give the materials a little city grunge.

I have also modelled some more props. The city needed traffic lights and large lamp posts. These still need to be proper textured, as right now they have place holder tiling materials applied to them: 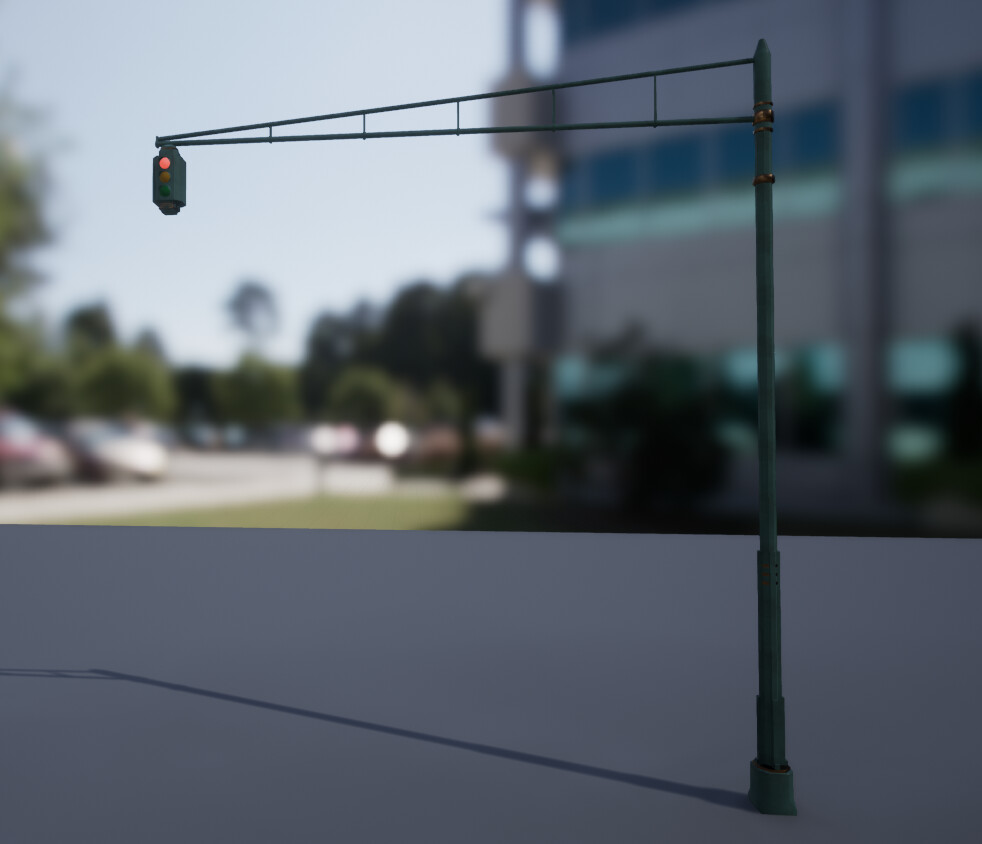 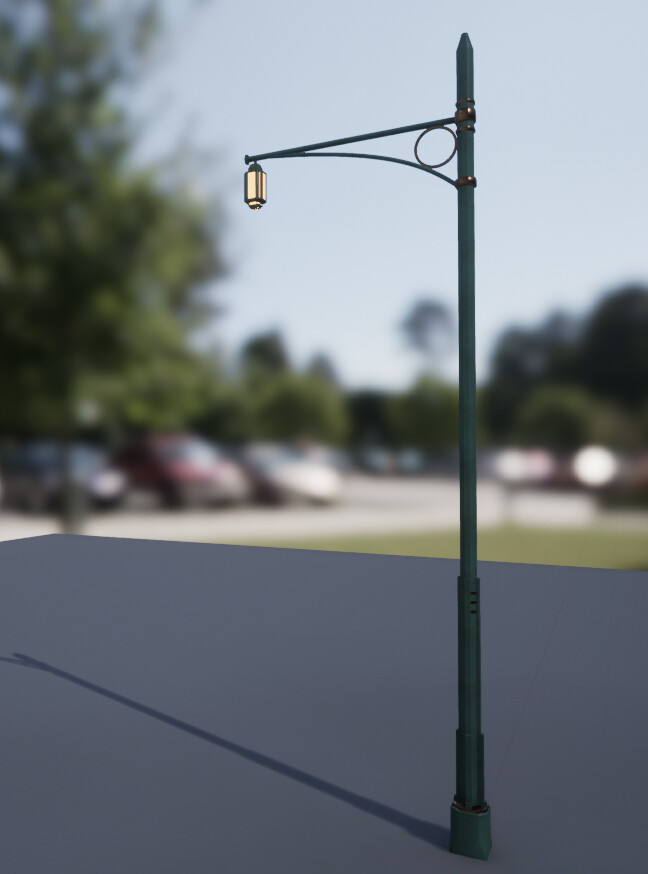 Next I wanted to get some road lines, arrows and crossings to the road. I made two sets of textures for this, and applied them as a mesh decal on the roads. 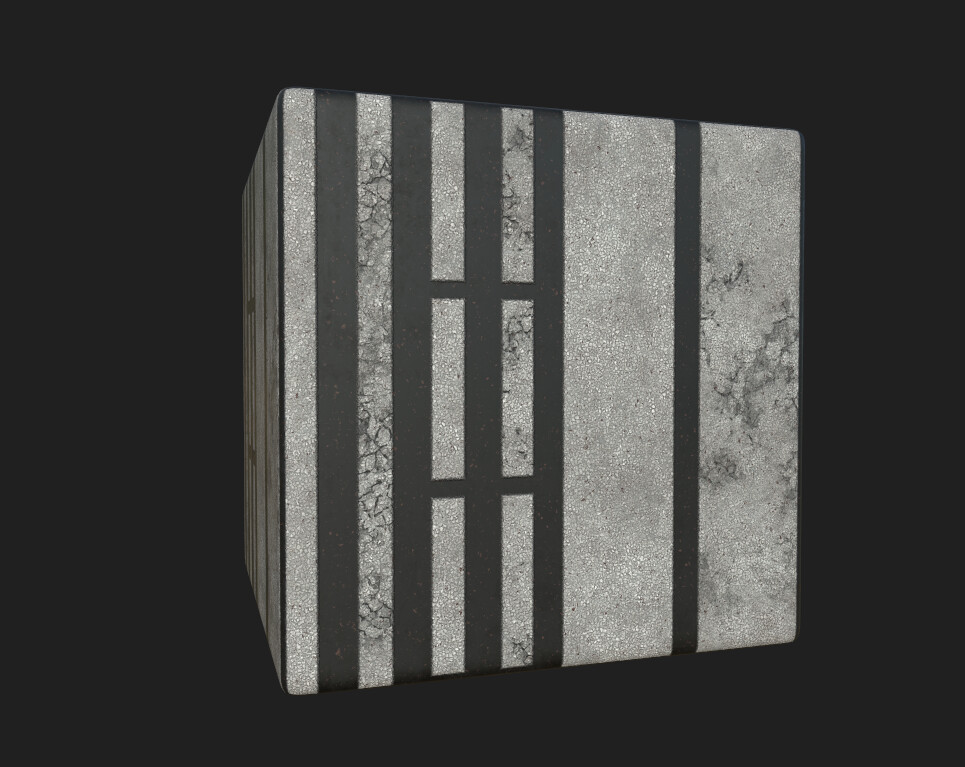 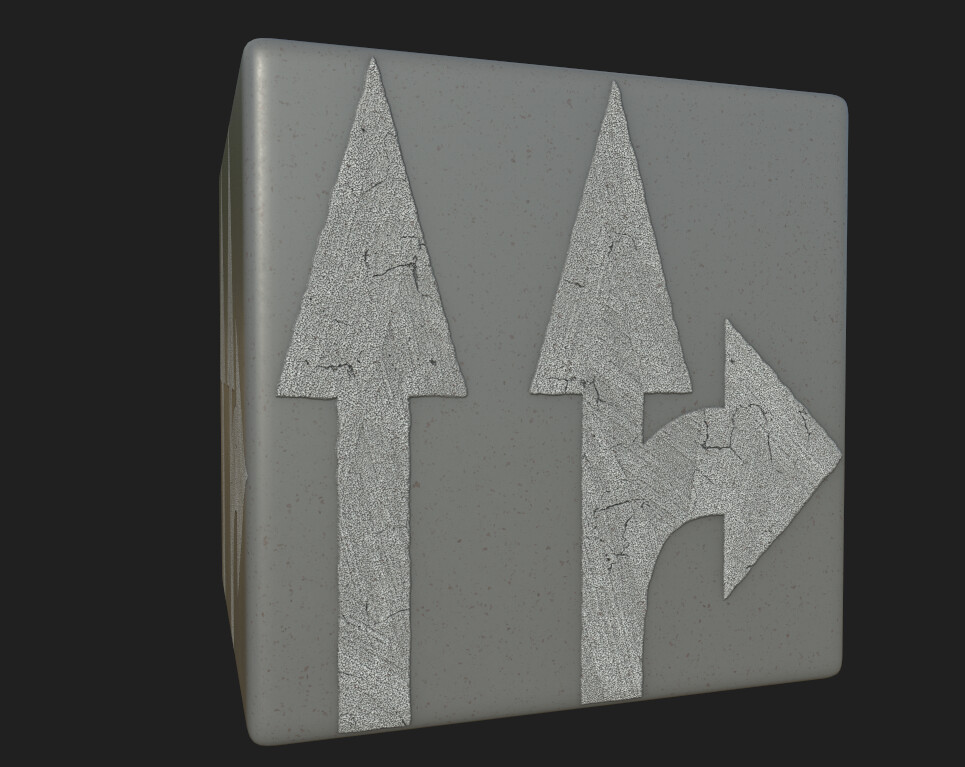 Next I changed the road material a little bit. Up until now it had a simple material with 1 texture set on it: 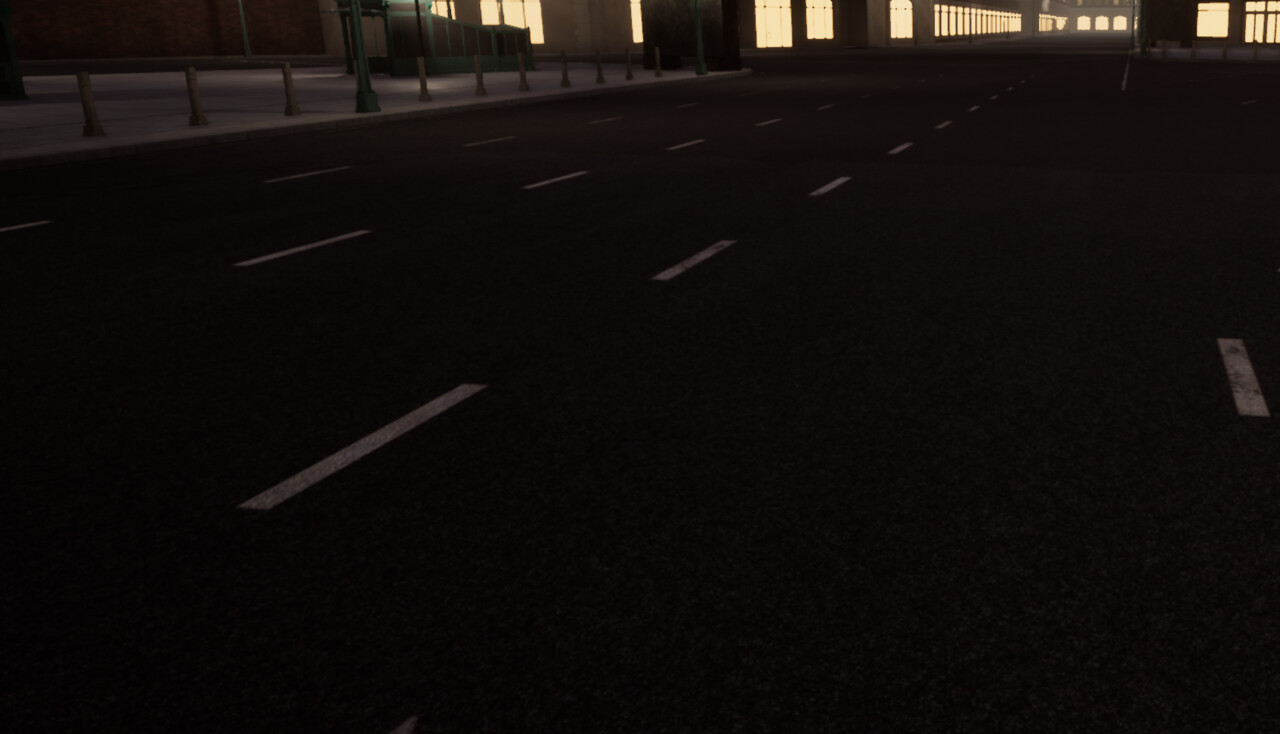 I then used the splat map function to add another set of textures to it, and I also added a macro roughness texture: 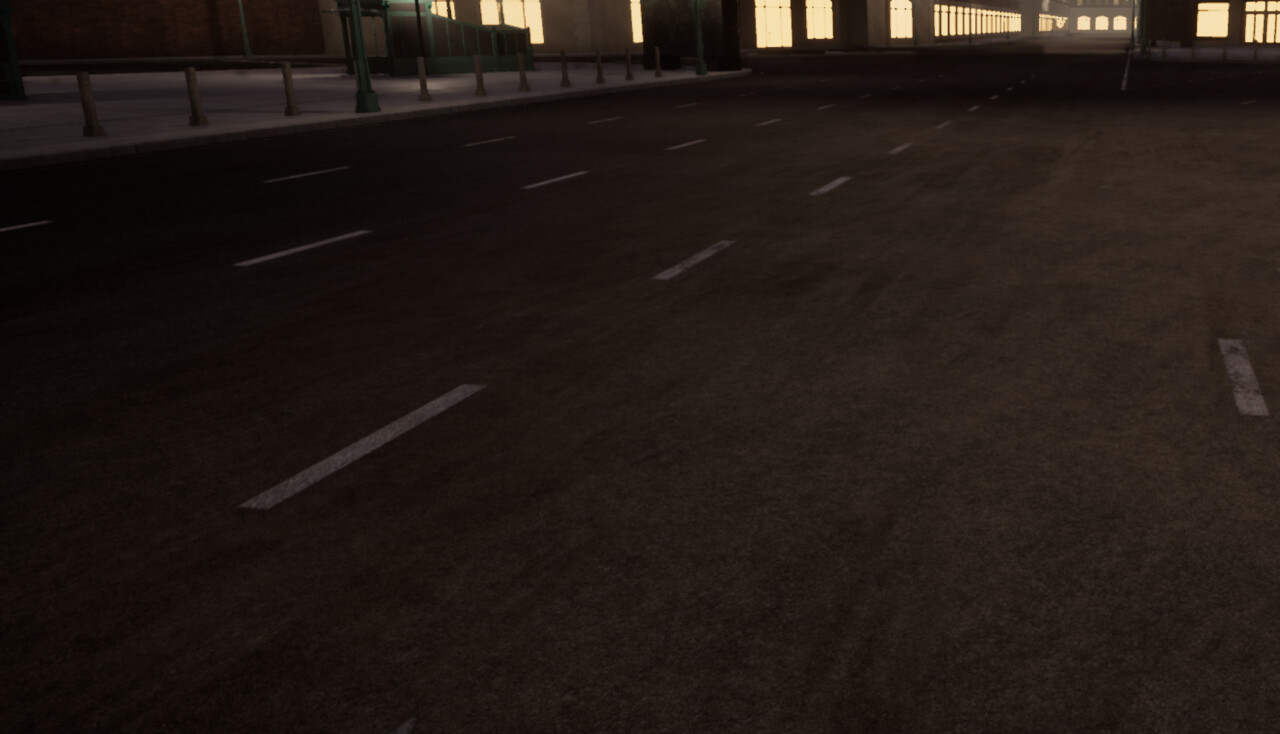 Although all of this will change again once we get our puddles in :)

Another material I made was a very quick one of blinds for the windows. I tried to not spend that much time with this, because they will be high up and details would be lost anyway: 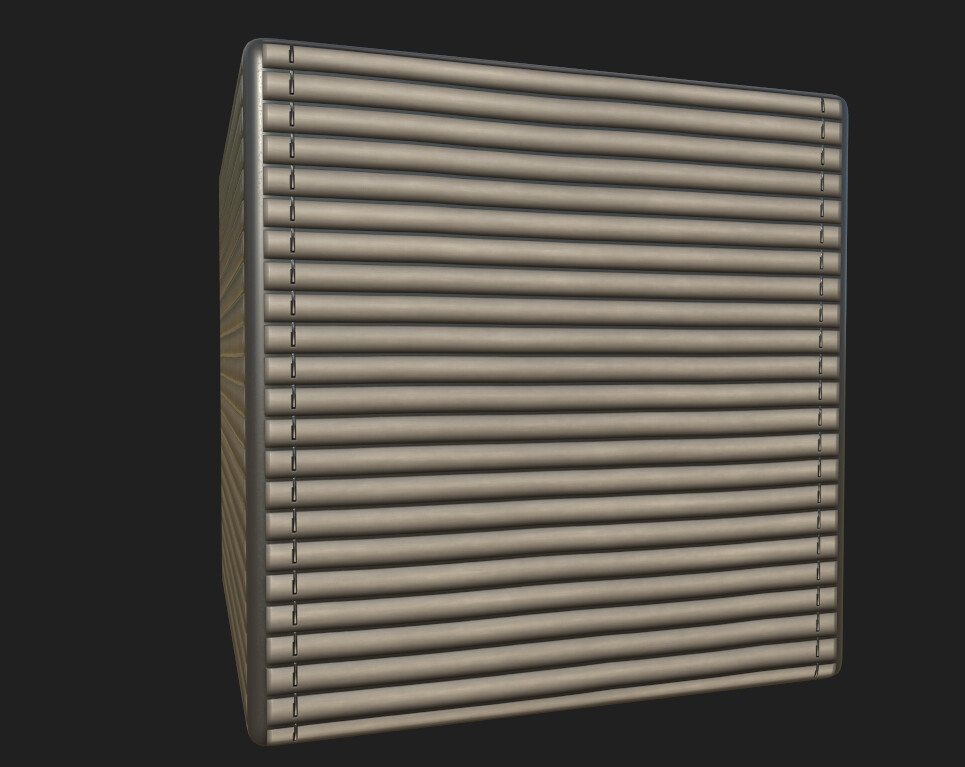 Sophie used this to make a parallax material with blinds that open and close, inspired by the parallax in the latest Spider Man game.

For the buildings that are the closest to the player, I have made some very quick interior pieces. Our idea is that the glass will be dirty and steamy, and later with rain on it, so the player would not be able to see the inside of buildings in detail.

Here are some examples (please note the glass shaders are still under construction):

I tried baking the lighting several times, but I don't believe my computer is good enough to do it. It keeps crashing. It was successful only once, in preview, and with lightmap resolutions that were just too low. So it was completely full of artifacts.

For this reason we have decided to change to dynamic lighting, which I don't know much about. My tutor Kat recommended this Twitter thread and this GDC video to watch. I am also watching videos by 51Daedalus and his Lighting Academy.  I have set up for dynamic lighting and started working on the lighting.

There is still a long way to go but this is how the scene is looking like at the moment:

All ground floor emissives on windows are temporary, as a parallax shader will be made for them in the future.

I also finally changed the sky, and set up a material for the skysphere following this tutorial. However I changed it slightly, as only having a multiplied colour (tint) did not give me the effect I wanted. So I added a blend overlay with an option for colour too.

Also Sophie made our Atlas sculpture since she enjoys making characters :)