As the Corona virus situation escalated, I decided to stay at home one week before the lock down. My partner has asthma and I was very anxious about him getting ill. At home my set up was far from ideal. My graphics card was broken and I simply could not use Unreal Engine. My laptop could run it very slowly (it took a full hour to compile shaders alone). I did what I could during the past two weeks. There was a lot of disruption. I was also talking to work about my start date, trying to start working before a full lock down, but alas I was too late. Since I will not start work anytime soon, I took the money I was saving to put down a deposit on a car, plus some my partner kindly offered me, and bought a new graphics card yesterday. I am not very computer savvy to say the least, so I wasted a good half day trying to sort my graphics card (I wish I had asked Craig, our course's IT guy, for help sooner. His advice helped me sort it in a fraction of the time). Now my computer feels much more capable of dealing with my FMP, but I already spent 2 weeks working in the previous condition, and work became very slow.

I modelled a few props to fill the environment. I started out with bollards: 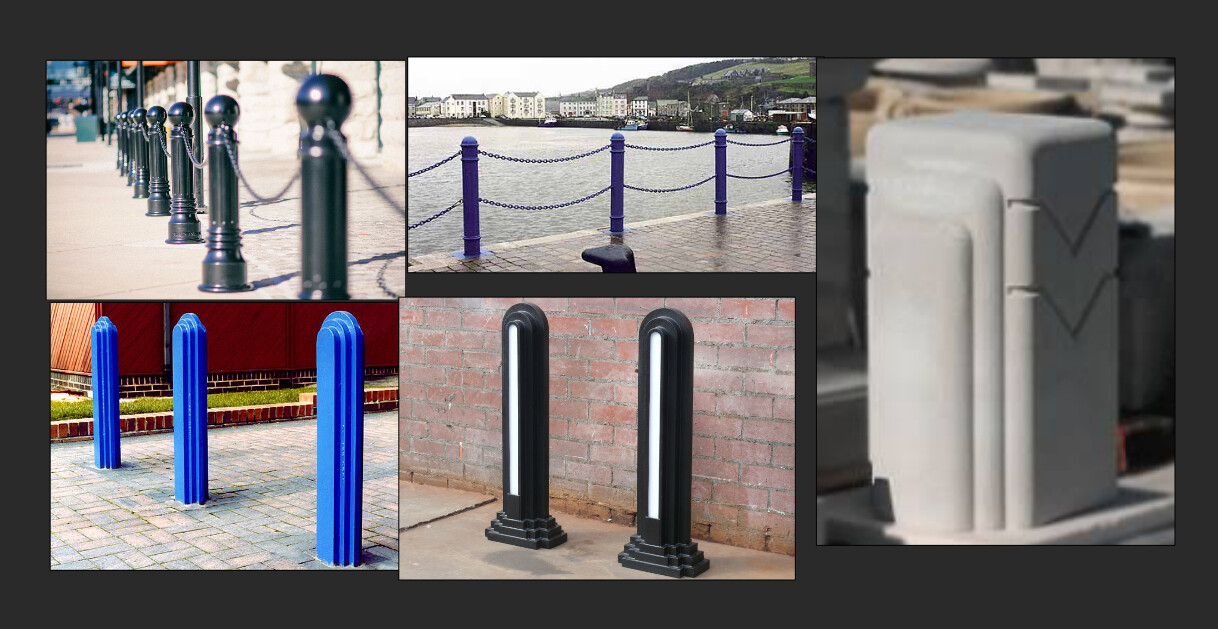 I thought it would be nice to keep them in the Art Deco style, but I did not particularly like any I could find, so I made my own (inspired by the one on the right of the moodboard). 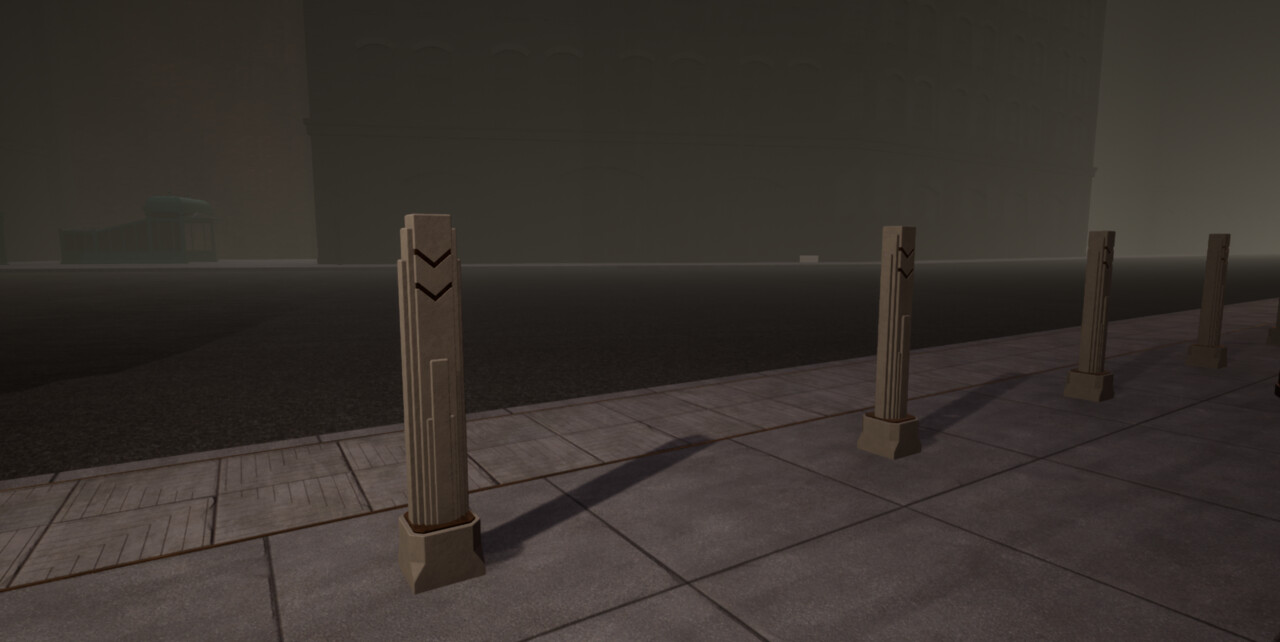 They are not yet textured, having a place holder tiling texture on at the moment. I certainly want to add some grime to the corners of the mesh, and some general grime.

Next I made a bin, and I found a real life one I was happy with: 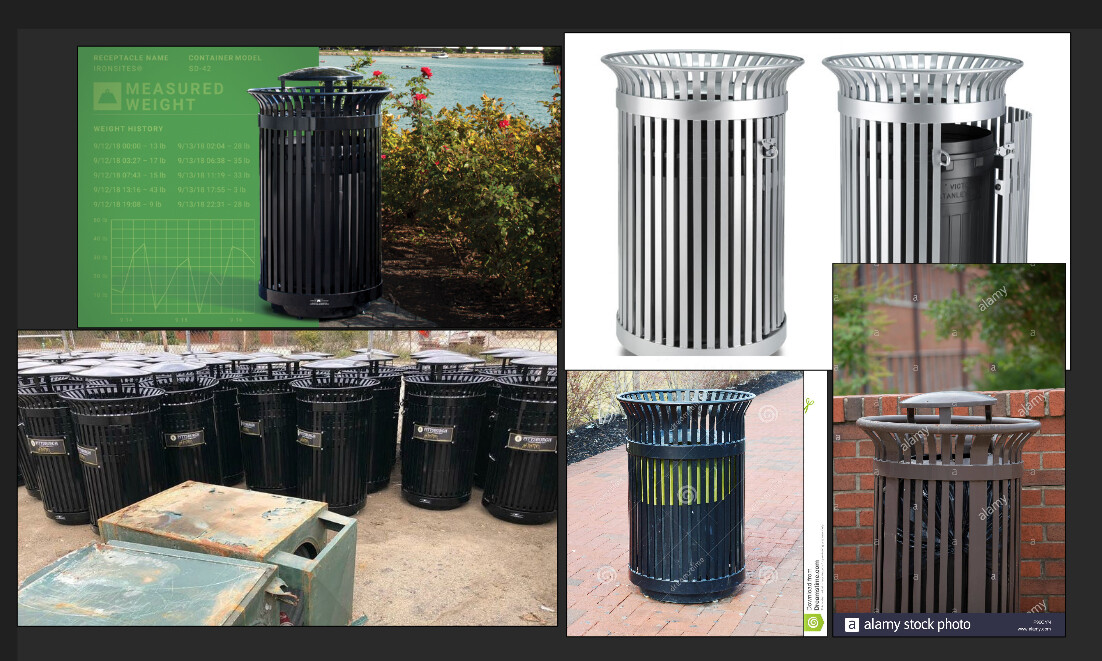 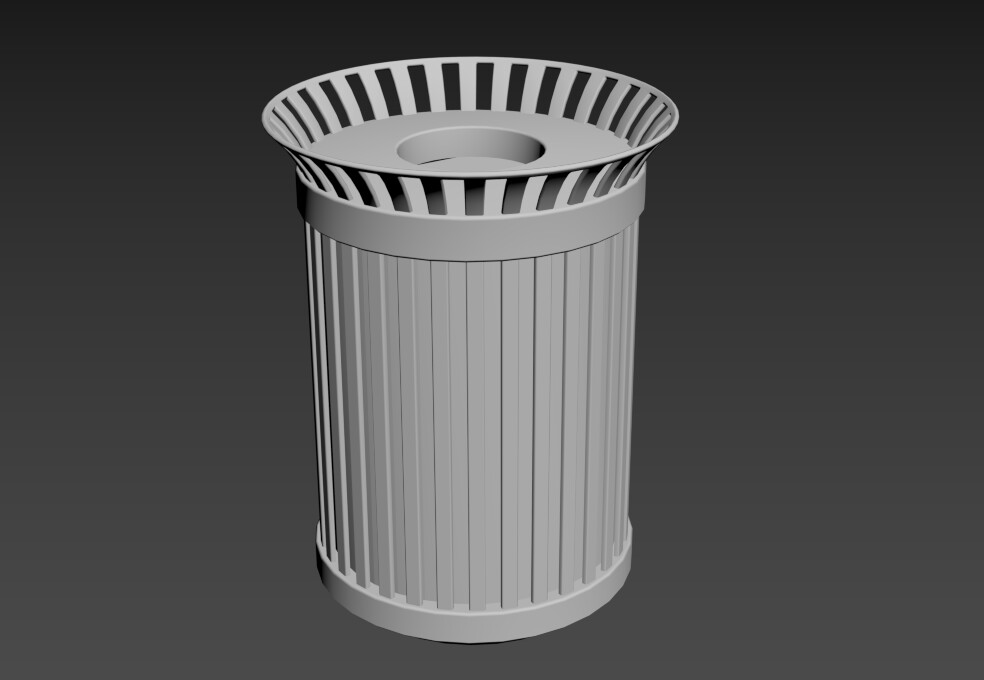 Modelling after my previously modelled underpass, I fashioned a newsstand. This saved time with modelling and texturing, and made things match. 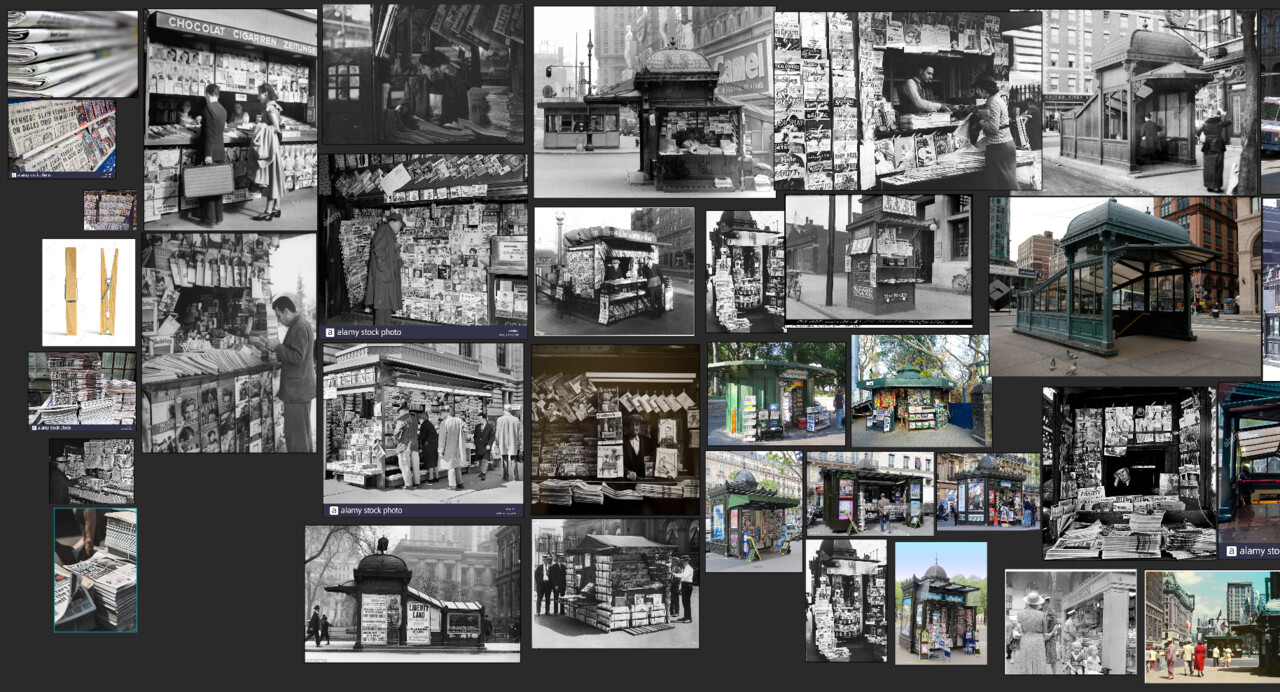 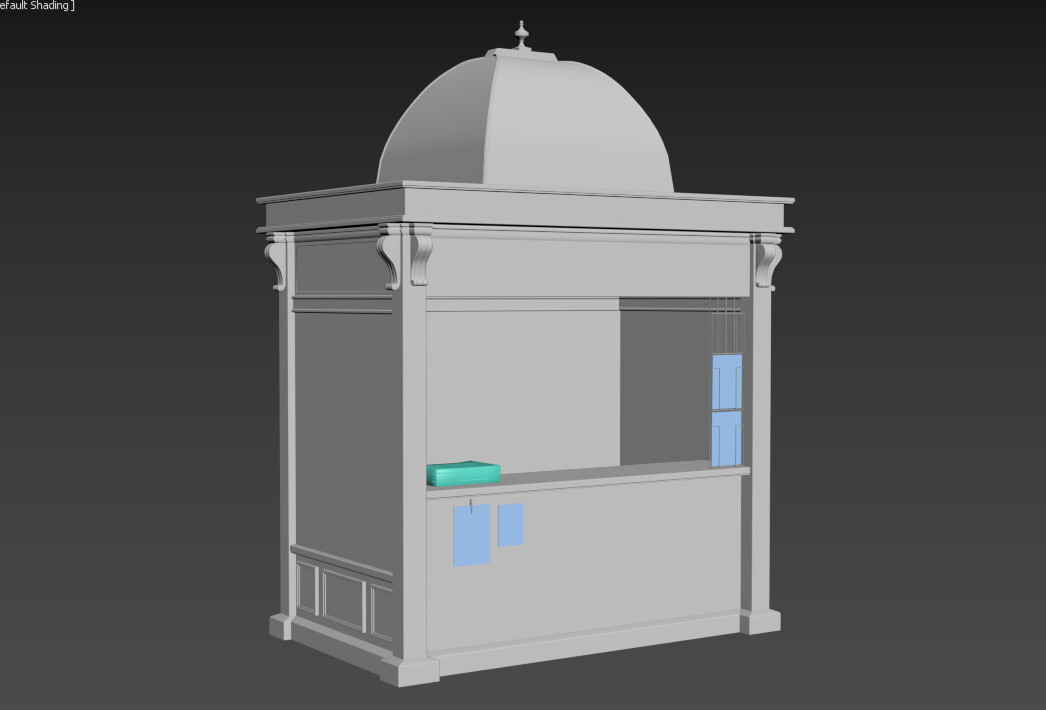 I am using the same meshes but applying different magazine covers to them.

I still had to model the curved bridge at the top of the concept: 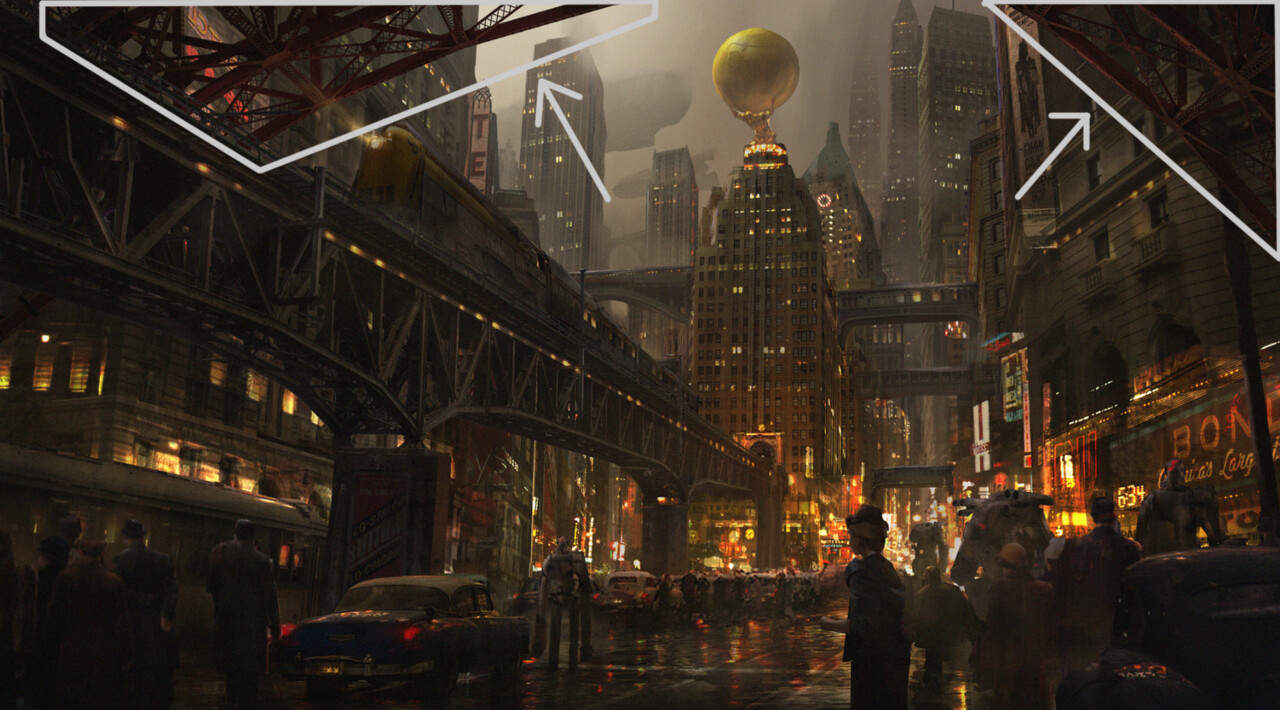 So as to not waste more time, I used the same mesh as the train bridge. I gave it a bit more geometry and then used the FFD modifier to curve it. 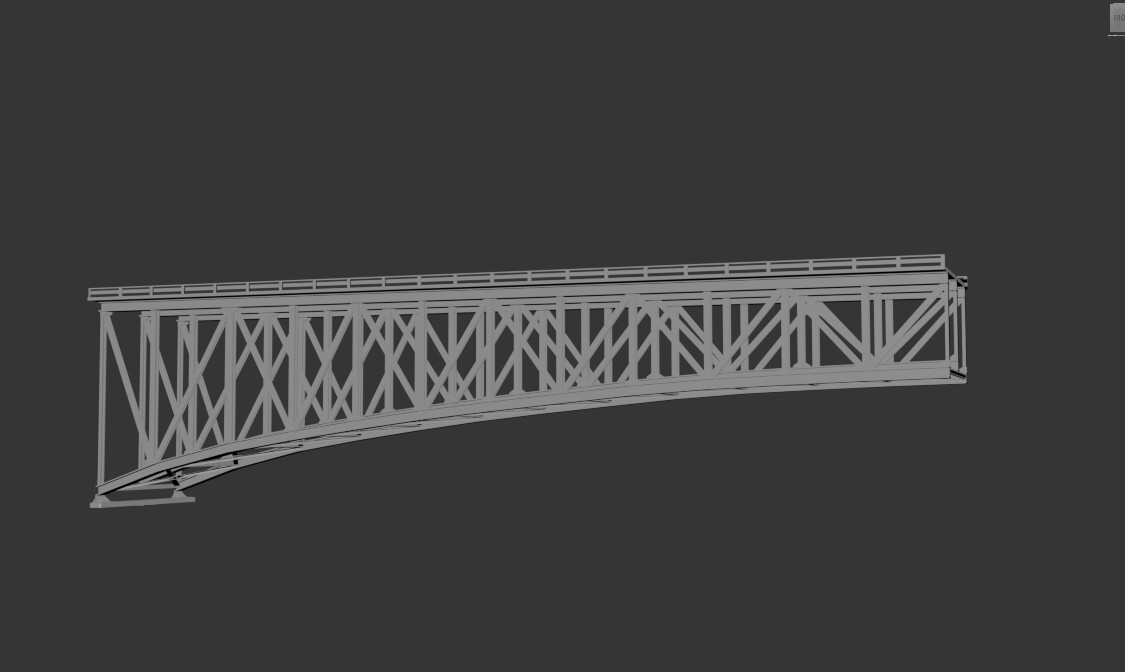 Another thing I thought could give life to the scene was having theatre and hotel signs. In the 50's, time in which Dieselpunk is inspired, neon signs were extremely popular, and I thought these signs would add to the feeling of the city being alive. 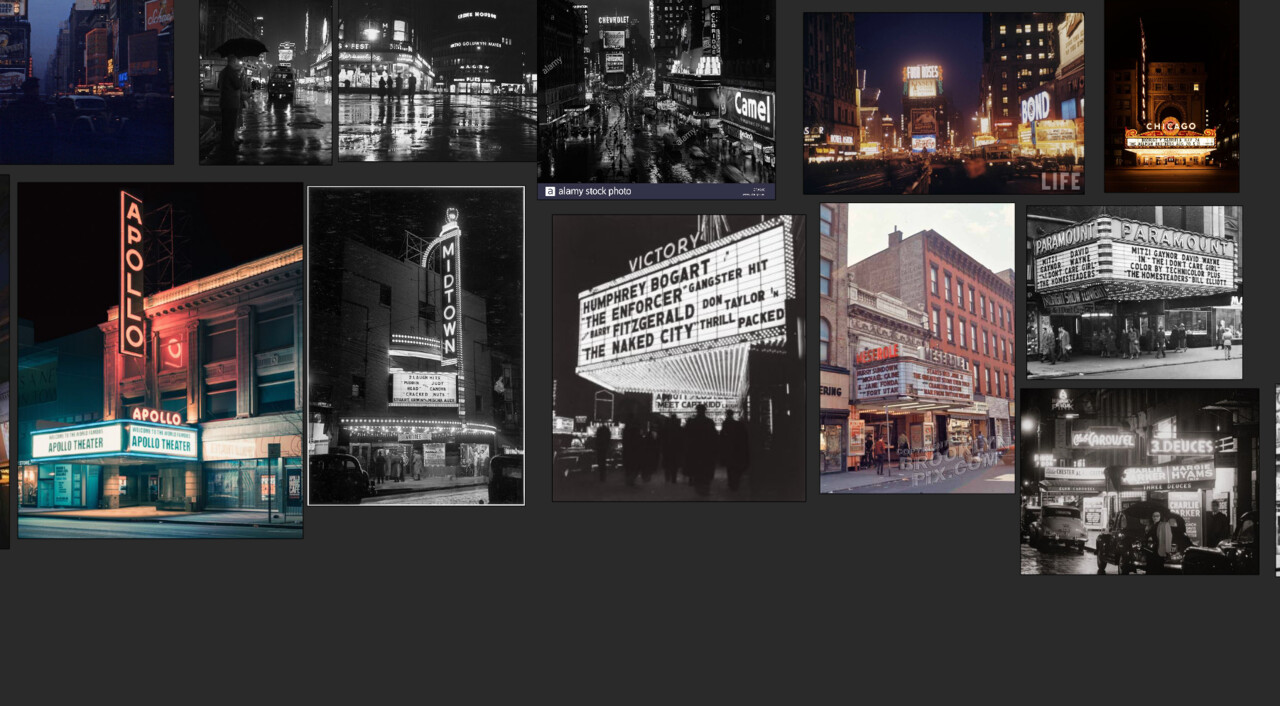 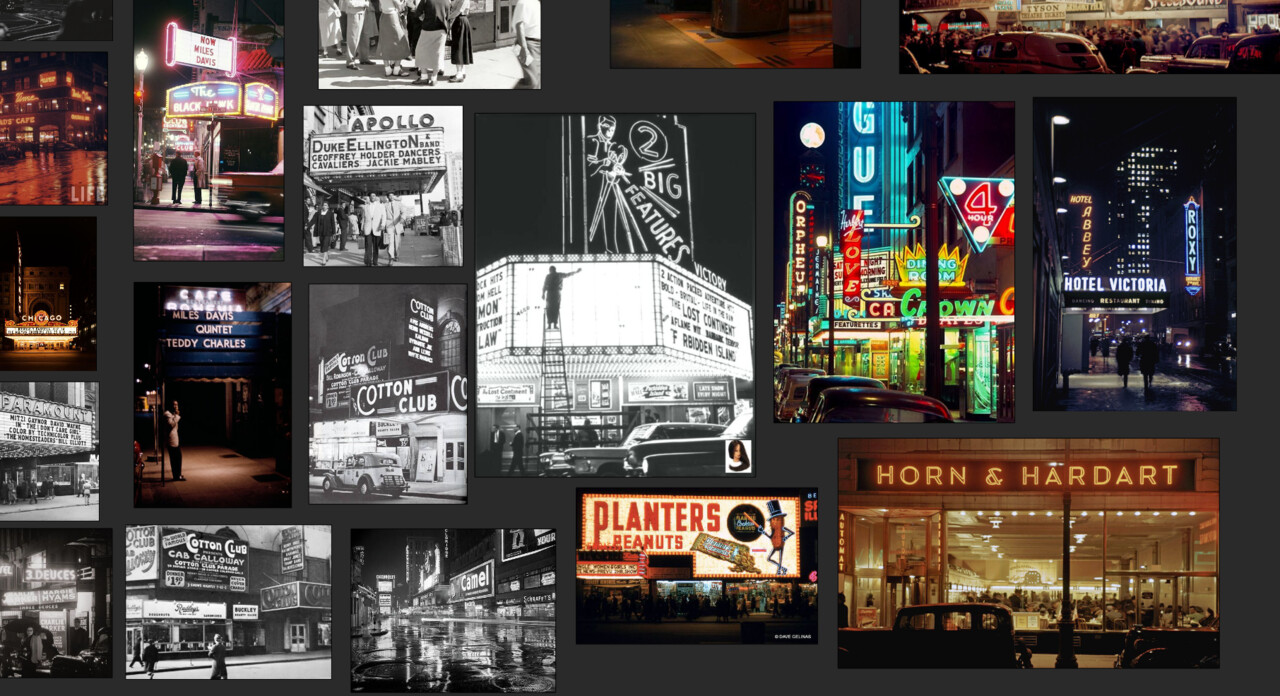 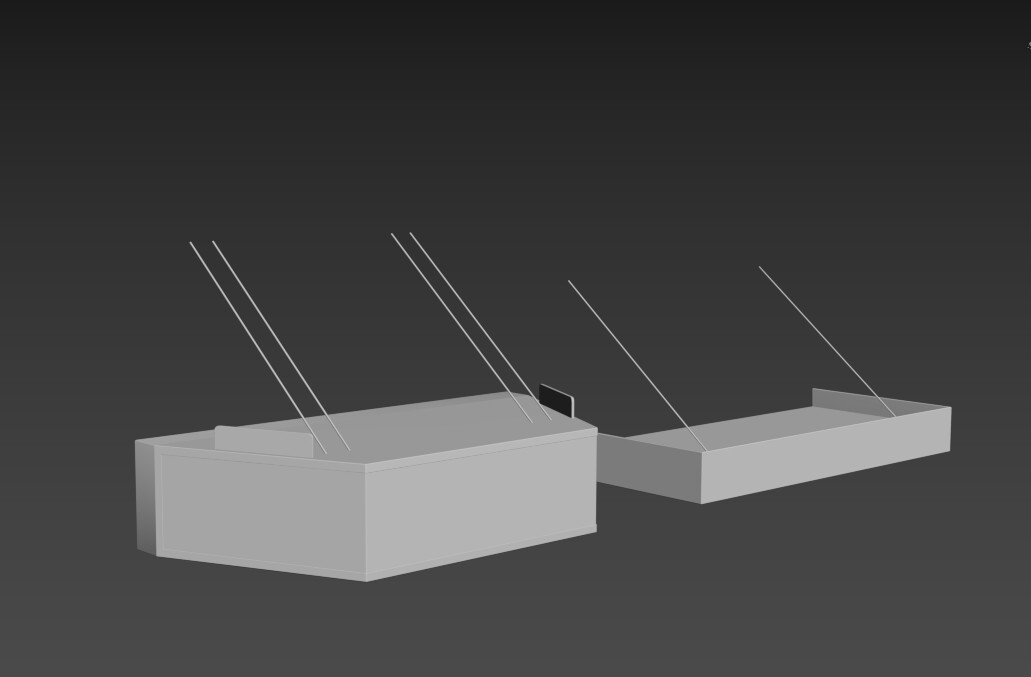 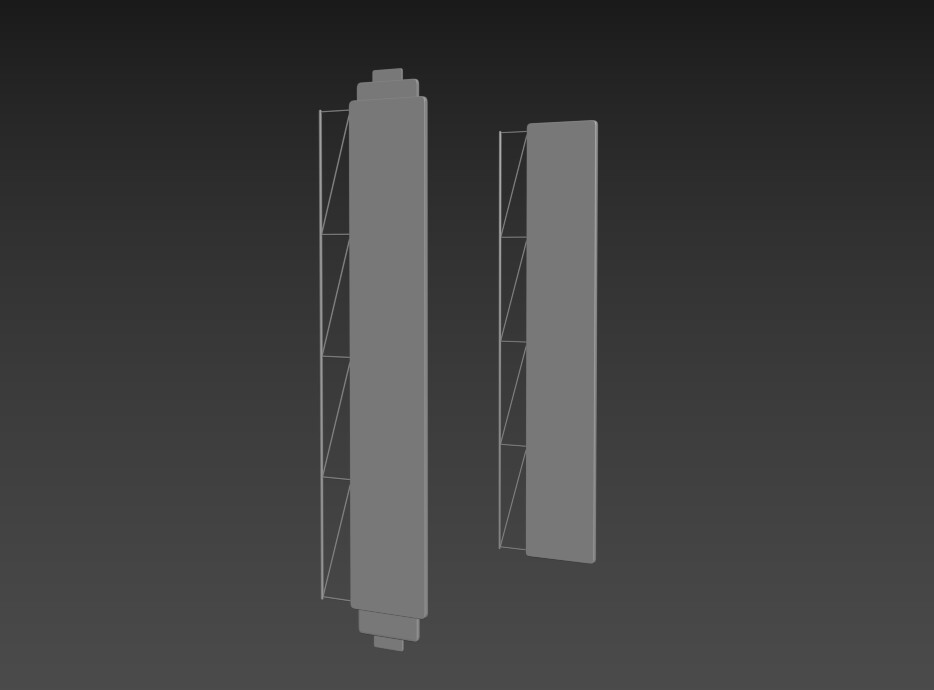 For the theatre sign I made a base material. I am still deciding if I will bring that into Substance Painter and texture it more uniquely or if I will use the tiling texture on UE4 and add the text as planes with transparency. This will be an emissive material. 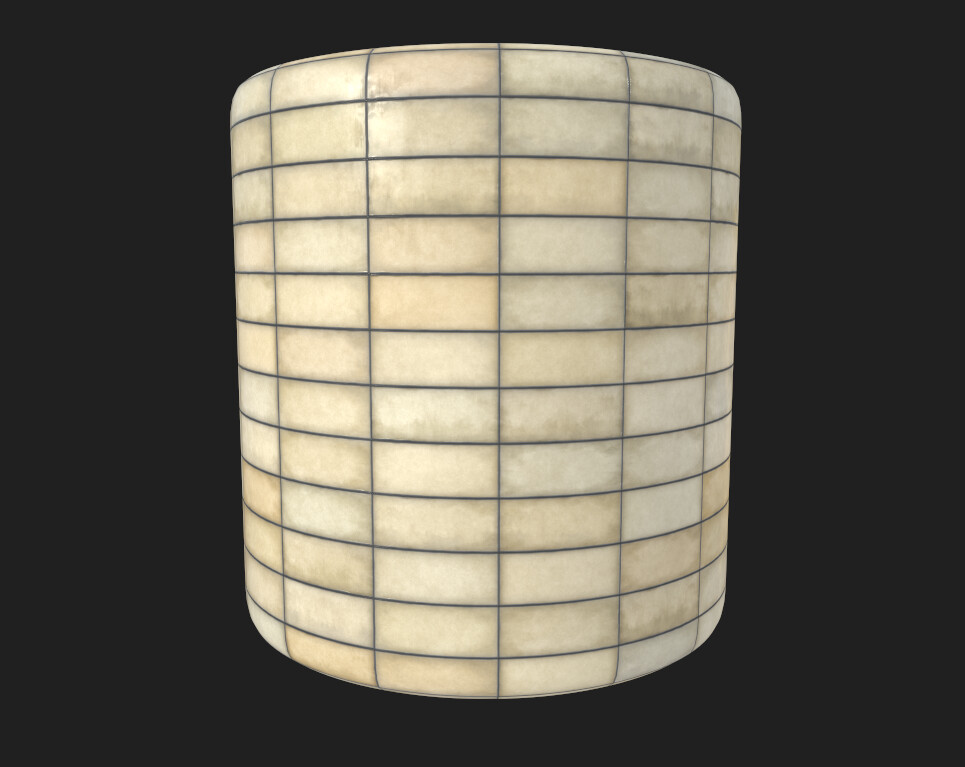 Another material I made for the scene is brass, as lots of Art Deco details are made from brass. 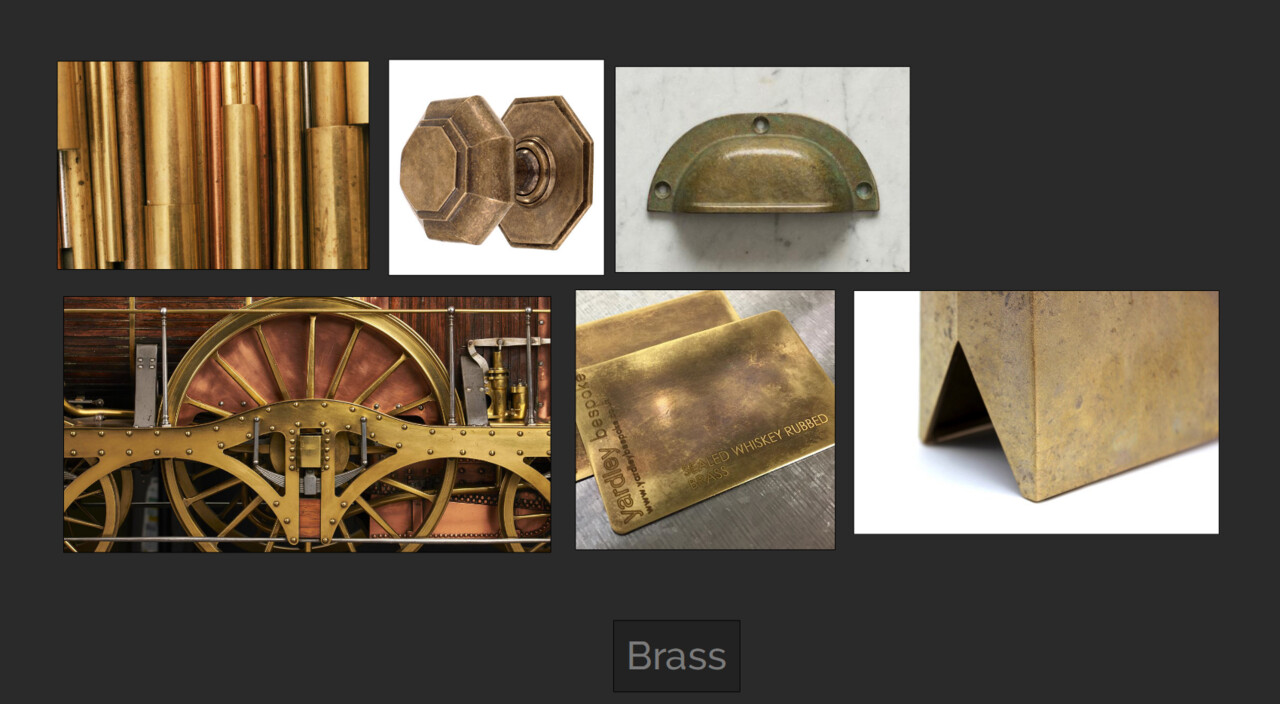 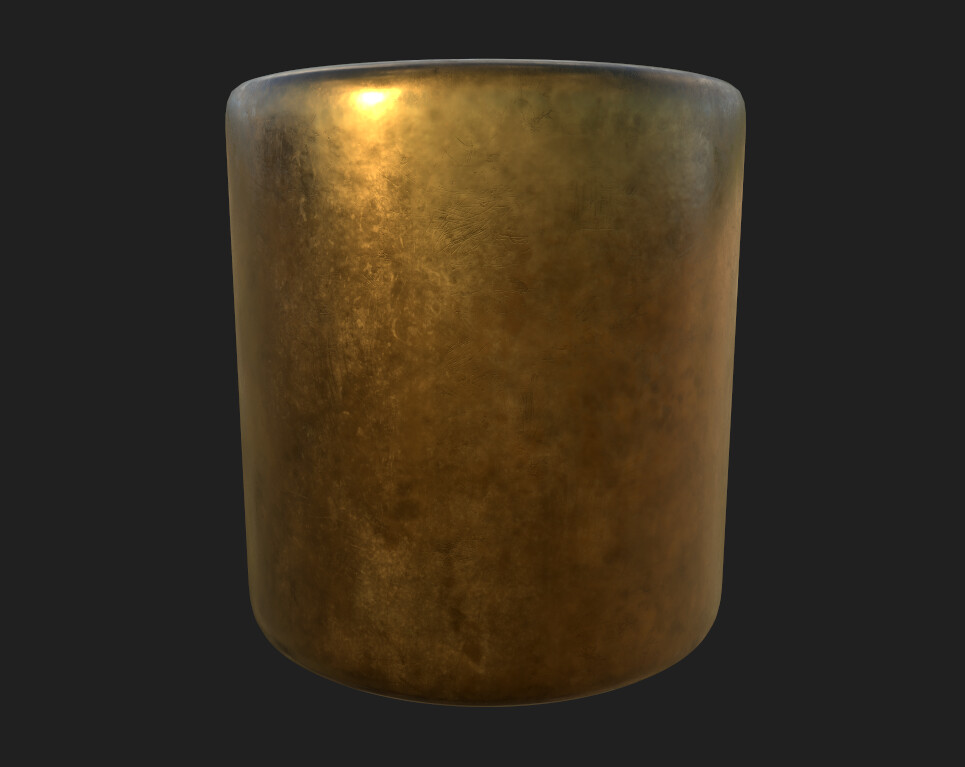 I started a trim sheet with lights for the theatre and some other bits and bobs, but it is not ready yet.

The buildings still don't have materials because Sophie is working on the shaders. She also had a busy week with her own private problems related to the current situation so I don't expect to have the shaders soon. Also, on our last day in labs we did not know if we would have access to Houdini out of uni, so I hurriedly turned all the buildings into blueprints. I forgot I needed to change something whilst turning them into blueprints and there are lots of things to fix with the modular kit instances that I do not quite remember how to, so I need to have a Discord meeting with Sophie at some point when she is settled back home in order to sort it. I'm sure the scene will transform quite a bit once the correct materials are assigned. At the moment I am using my old master material for the props and pavement, which does not contain a lot of the features we want for the buildings. I will probably start the lighting this week. This is what the scene looks like now: 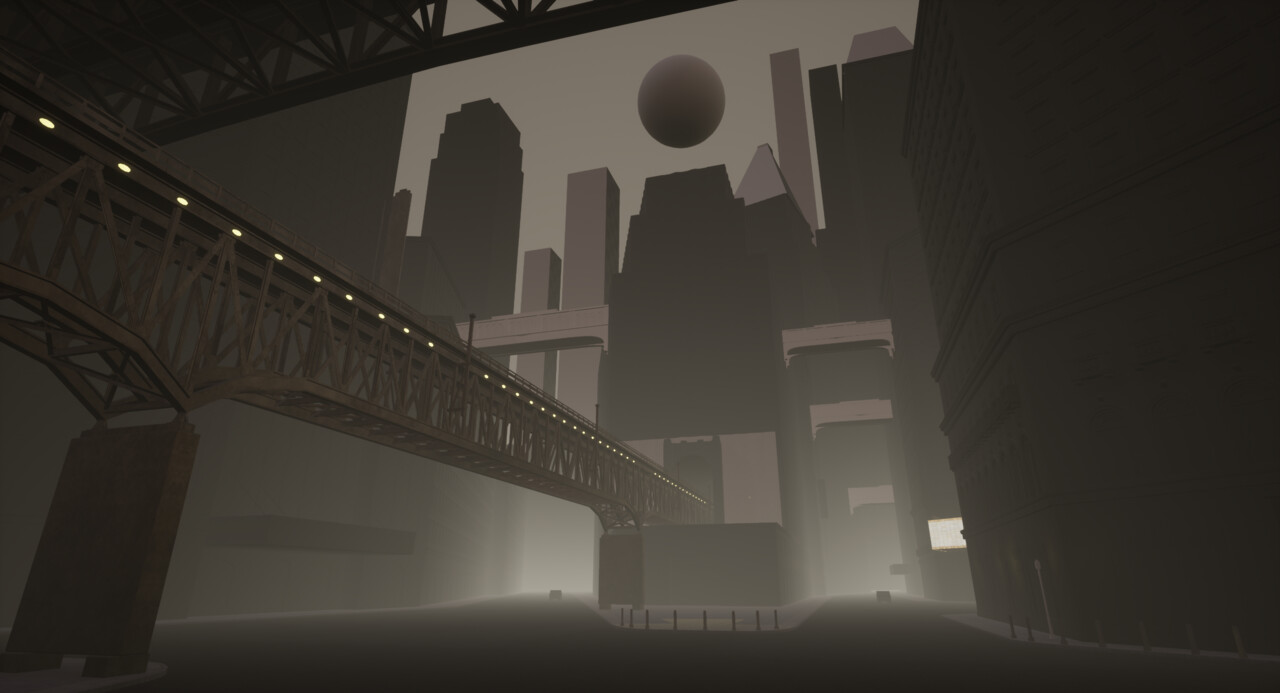 I did the most I could these past 2 weeks, but I appreciate it is not a lot. Hopefully I will be able to speed up again now that I have a functioning graphics card. Working from home has definitely been an adjustment, as it is easier to get distracted doing other stuff (went to the kitchen to make coffee and ended up cleaning everything, for instance). I have been trying to keep a routine, waking up at the same time I did to go to uni, and sticking to a 9 to 5 schedule with a 1h lunch break. I have been improving at not getting distracted but I am still adjusting.