I am going to be doing only environment briefs for the professional brief part of the year. I decided to start with the pirate ship, as it looks like a contained, small environment. I want to focus on small and well made environments for the first half of the year. While I looked for reference, I entertained the idea of making a pirate's tavern inside a ship; however that would mean I would have to spend time concepting. As the project is only 2,5 weeks long, I decided against it and went with the more common Captain's Cabin. For that I was able to find a concept I like and am basing my environment on (loosely), the concept is by Sergio Fernandez. It is a stylised concept but I wanted to make a realistic version of it: 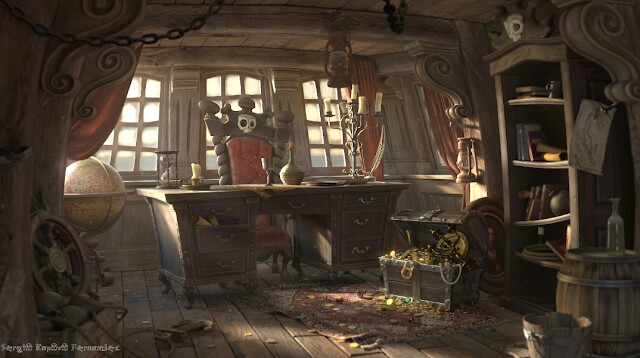 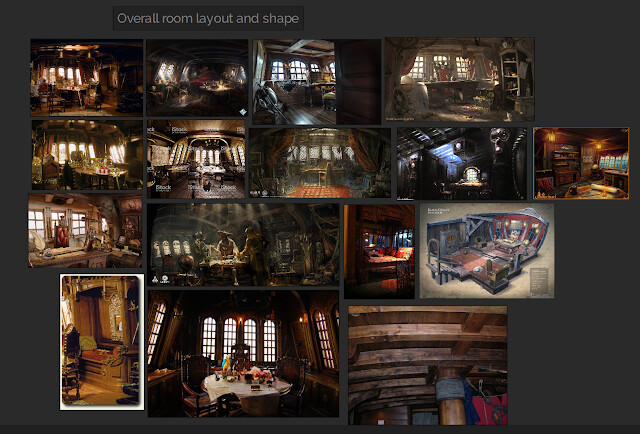 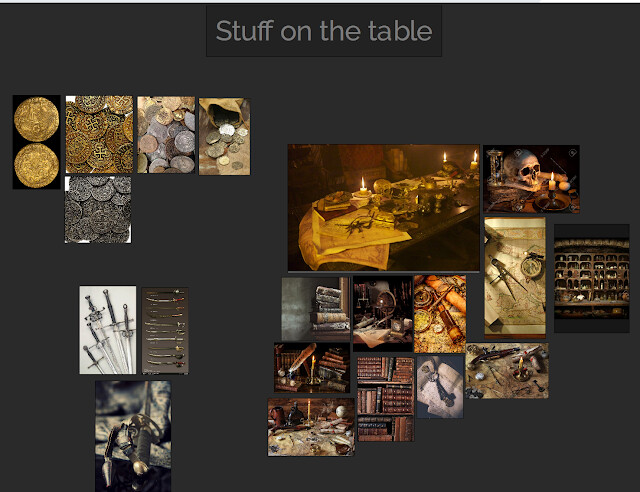 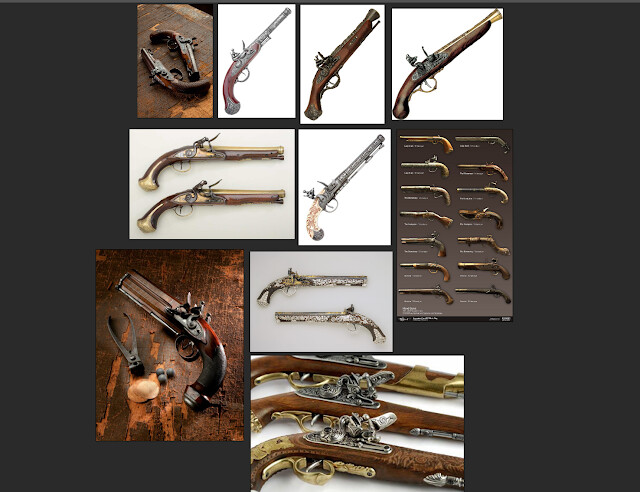 I tend to start off with more general references, and as I get more into the details of the scene I look for more specific and detailed reference. I find it important for my process to start modelling the overall environment as soon as possible, because it makes me feel like things are getting done.

I like creating environments around a character's story, to add little pieces of narrative to it. The character for this room is a woman who left her fiancee, not because she did not love him, but because the sea was calling her. She misses him and fights feelings of guilt for leaving him, but she knew she needed a life of adventure and not that of a married woman. I intend on having and unsent letter on the desk addressing her ex-fiancee, maybe a locket with their names and a heart on it. As a counter balance, a pistol and gold coins will also populate the desk.

Right now most of my environment is a blockout, but the walls, windows, pillars, beams, ceiling and floors are almost done: 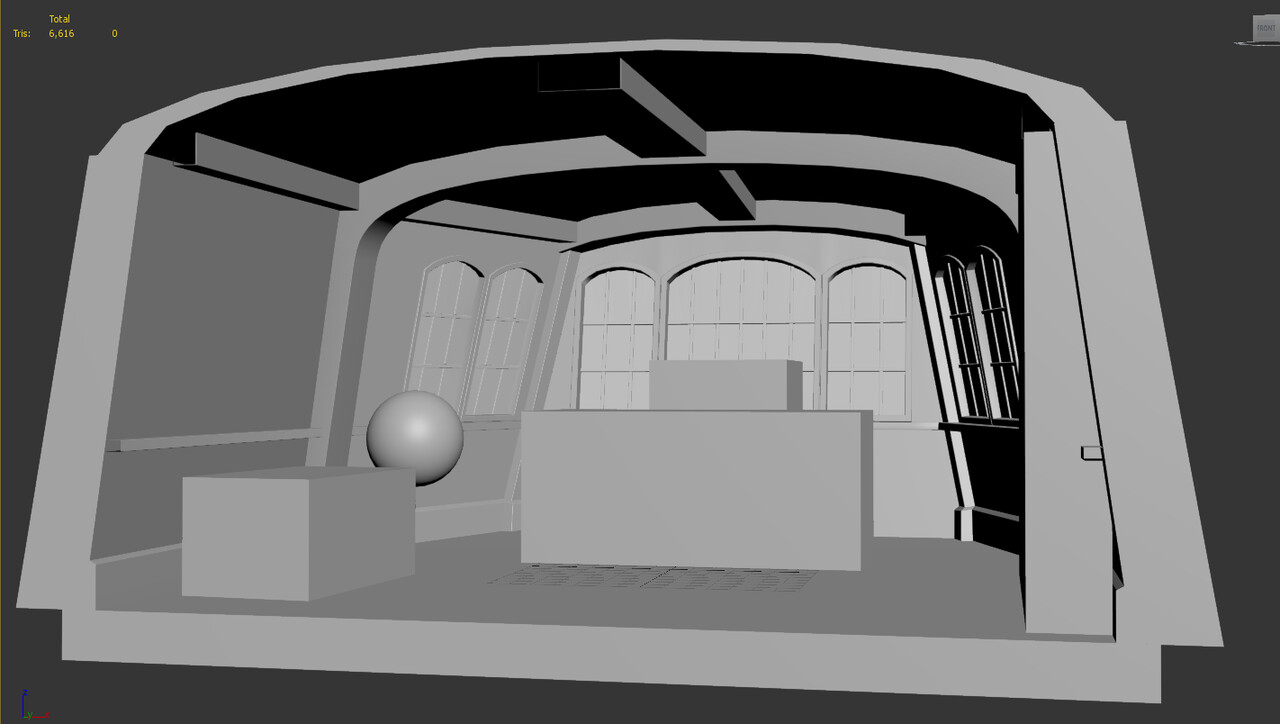 I have not started working on the lighting properly yet. I found an HDR that might change later, from the website HDRI Haven, and positioned the directional light to align with the sun. Other than changing the directional light's temperature, I have done nothing else at this point. Right now I just wanted to see if the room looked about the right size and if the light coming from the windows looked like it could work. Next I might start on a tiling wood material. Most things in this environment are made of wood and that will give me a jump start on mood, colours, contrast and lighting.